Following the round of international conferences started in 1996 with the aim to promote the study of the interactions between the academic, industrial and institutional systems as means to foster technological innovation and economic growth, the Triple Helix Association was established in 2009 and headquartered in Rome, Italy, at Fondazione COTEC premises.

The Triple Helix Association (THA) is a non-for-profit, non- governmental association with scientific purpose and a global reach.

Its main scope is to advance the scientific knowledge and practical achievements related to all aspects of the interaction between academy-industry-government (Triple Helix) for fostering research, innovation, economic competitiveness and growth.

THA activities range from the development and debate around top class scientific studies, by means of conferences, symposia, and awards; the networking among both leading education & research institutions and stakeholders to foster a wide dissemination and uptake of the scientific findings by means of publications, academic journals and co-operation projects; the support in translating academic models into practical achievements by enhancing international exchange of scholars and the education of students, researchers and practitioners. 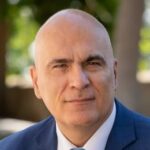 President of the Triple Helix Association

Get the THA leaflet