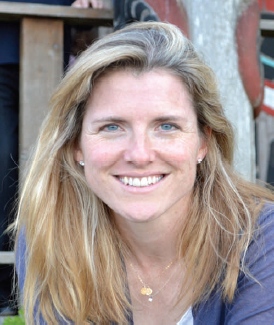 Is Silicon Valley a relevant innovation model for other regions of the world? This was the question put forth to the participants in the Oxford-style debate on the first evening of the Triple Helix Association conference.

The conviviality and common ground found in the resulting arguments and discussion perhaps would have disappointed the Oxford Union, but the substance of the evening attested to the topic’s inherent complexities. Although, as the leader of the team opposing of the motion, my side “won” the debate, I give credit not to the persuasive force of me and my seconder, Paul van Dun’s, presentations (although persuasive we surely were!).

Instead, it was clear that the final consensus on the topic reflected the state of the global innovation economy right now, where the chase to simply build another Silicon Valley has given way to a more reflective, more nuanced process in which regions build on core competencies, local cultures, and history. While many elements of the Valley’s culture and economy merited close observation and possible replication, our conversation underscored the degree to which Silicon Valley is an anomaly, whose “lightning in a bottle” cannot be captured either by policy or by market mechanisms.

Two things struck me about this discussion, and they each reflect an important lesson about how we foster innovation in particular places today.

One idea that became clear that lovely California night is that successful regions are ones that identify and nurture their own “lightning in a bottle.” This reinforces something I have found in my own research into Silicon Valley’s history. High-tech agglomeration requires the raw materials of university, industry, and government. But it also involves variables that are localized, organic, and tremendously difficult to measure.

The success of Silicon Valley and other innovative regions stems from the ephemeral and unique qualities of place that attract and retain talent. In the Valley, these things include a risk-taking business culture that echoes the iconoclastic and adventurous spirit of the California Gold Rush. It is a place with a high tolerance for failure, where young and untested entrepreneurs can get money for their ideas – and get more money even if those first ideas fail spectacularly. This deeply-rooted business culture also has fostered the growth of many small firms instead of only a few large ones, creating a network of creativity whose whole is more powerful than the sum of its parts. Other factors like weather and the natural landscape have proved powerful lures for talent and firms. None of these things can be reproduced, and all of them have grown organically.

Every region has a different and unique set of qualities like these. What they must do is recognize the role these elements play in innovation creation and find interventions that can encourage and nurture them, rather than simply trying to import models from elsewhere.

A second takeaway from the evening was that the global innovation race has shifted measurably from the early decades of Silicon Valley’s high-tech history. From the 1950s through the 1990s, the dominant model was replication. Other regions and nations sought to challenge or even topple the Valley from its economic perch atop the high-tech food chain. Large-scale, top-down interventions like science and research parks sought to reproduce both the built environment and the innovation culture of this part of Northern California. (Recent high-profile projects of this type in Russia and Kenya attest to the continued popularity of this approach.) Yet despite the globalization of the industry, and despite the economic booms and busts in the Valley itself, all of the world’s various “Silicon Somethings” have never surpassed Silicon Valley in the rate of invention, entrepreneurship, and wealth generation.

In the past decade, a different pattern has emerged. Technology, communication, and economic liberalization have drawn the different regions of the world much closer together, and given many places their own distinctive niche in the global innovation supply chain. Silicon Valley remains the command-and-control center for much of this activity, with its outsized proportion of venture capital, start-ups and patenting, and the presence of two of the world’s largest and strongest research universities. Yet regions from Bangalore to Barcelona, Singapore to Sao Paolo, and Dalian to Dubai play vital and distinct roles in this technology network, each contributing skills and products that build on highly localized core competencies, political institutions, and human capital. Silicon Valley is no longer a place; it is a network of places.

So what’s are the lessons here? One is that we need to incorporate qualitative metrics into the way we assess and rank innovation, and doing so may require a change in our systems of measurement. Along with number-crunching, we need to understand the stories and histories of place, and we need to think more about the broader urban environment in which innovation takes place.

A second lesson is that we must shift perspective on policy intervention. Instead of the think-big and build-new approach of research and science park construction, the importance of local culture and networked economies imply policy solutions that are smaller, more decentralized, and that build on what’s already in a region. Public actions that foster entrepreneurship and encourage small start-ups – but come with few strings attached – are ways to generate the kind of risk-tolerant, flexible business culture seen in Silicon Valley. Deep and continued investment in local and regional higher education institutions is another. Infrastructure improvements that make cities livable and attractive for a wide range of creative and talented people are also critical, helping regions draw and retain talent.

A third lesson is that we need to keep on talking to one another. A networked innovation economy, built on local core competencies and complementary skill sets, necessitates even greater levels of global collaboration across governments, industries, and universities.

If Silicon Valley is everywhere, our model should become collaborative rather than competitive, with strong connections across oceans and continents that foster dynamism in all corners of the globe.