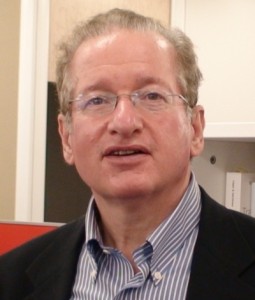 In this contribution to the inaugural edition of the TH Newsletter,I would like to share with you some of my thoughts andimpressions from Stanford and recent travels, all showingimpressive Triple Helix dynamics in a variety of forms and settings.A common feature emerged from all these experiences, in spite oftheir apparent differences: the growing importance of theuniversity, industry and government interaction as an engine ofinnovation, and the superfluous innovation deficit that arises whenone sphere is underperforming or lacking.

I have been on the road this fall as a speaker to various TripleHelix-related events in Russia, Peru, Saudi Arabia, Sweden, Estonia,Brazil and the UK.

St Petersburg’s IT and Optics University hosted a Triple Helixevent where I addressed students and faculty. On that same day,the IT and Optics University, TUSUR and four other RussianUniversities founded the Association of Russian EntrepreneurialUniversities, and at the same conference, TUSUR set in motion theorganization of the Russian Chapter of the TH Association.

The Pontifical Catholic University of Peru in Lima, the King SaudUniversity in Riyadh, Saudi Arabia, and the Tallinn TechnicalUniversity in Estonia, were in the early stages of adopting theentrepreneurial academic model, and colleagues expressed an interest in joining the Triple Helix community to advance theprocess.

I was also in Linköping, Sweden, for an Advisory Board meeting ofthe Helix Centre at Linköping University where I was invited toattend a municipal entrepreneurship event. A faculty member andhis former student from Central Europe explained how theycontinued their collaboration through a software firm they hadformed, whose activities were distributed across the twocountries.

My longest stay was in Brazil, with talks to conferences inFortaleza, Novo Hamburgo, Joinville, Niteroi and Santa Rita doSapucai. As in previous visits to Brazil, where I was introduced tothe “firm-in-a-lab”, a combinatorial innovation of firm and researchgroup at the Pontifical Catholic University of Rio Grande do Sul inPorto Alegre, this time I encountered significant “innovations ininnovation” such as community-based universities in southernBrazil focused on regional development and, most notably, asecondary technical school in Minas Gerais that was the source ofa cluster of electronics firms. The history of the school, presentedin a campus museum, demonstrated that transferring existingknowledge can be the basis of entrepreneurial activity and technicalfirm formation, even before universities and research capacities aredeveloped in a region.

The origins of Santa Rita do Sapucai, Brazil’s “Electronics Valley”illustrates the significance of trained people as a source ofknowledge-based economic development. A relatively isolatedtown of 30,000 in Minas Gerais, two hours drive from Sao Paulo, ishome to 160 electronics firms focusing on telecommunications butnow diversifying to biomedical and other electronics applicationfields. The cluster’s first firm was founded in 1978, but thecluster’s origin is recognized as residing in the founding in 1959 ofa secondary technical school, focusing on electronics. The School was the brainchild of Sinha Moreira, a woman who had grown up in the region, but had travelled widely as an Ambassador’s wife, including to post-war Japan where she saw the role that technical schools were playing in the economic renewal of Japan. She believed that the same phenomenon could take place in her hometown and took the lead in founding the school.

The two clusters of high-tech firms, Silicon Valley and Santa Rita,built from and interacting with a knowledge resource, albeit in twodifferent time frames, have a rough comparability. Theirsimilarities reside in a dynamic high-tech spin-off formation fromother spin-offs. Key differences reside in the level of knowledgeresources (an emerging research university at the time – StanfordUniversity, and a secondary technical school for Santa Rita), andespecially in the scale of government R&D resources committed tonorthern California, primarily in the postwar, at the instance ofStanford University and at government’s own initiative. TheBrazilian high tech conurbation may be estimated to be at the levelof development of early post-war “Silicon Valley,” before the labelwas affixed in the early 1970s.

US Government procurement programs induced a learning curvein the nascent semiconductor, aeronautics and space industries,stimulated growth in start-ups and attracted national firms tolocate R&D and then production facilities in the region. Thevisible presence of government has declined in Silicon Valley inrecent years but sponsored research, largely from federal fundsrepresent 30% of Stanford’s 3.8 billion dollar 2010-2011 operatingbudget. During the Q&A at the St. Petersburg University seminar,a Russian professor commented that he had visited the Office ofTechnology Licensing (OTL) at Stanford where he had initially beenimpressed by the $20 million per annum licensing revenues until helearned about the enormous scale of the university’s researchbudget and found the proportionate return wanting. Theimplication is that more active measures than the current officialapproach of making introductions to venture capitalists couldproduce greater results.

Firms’ incubation in academic labs in the early post-war at Stanfordand MIT was superseded by policies to separate academia frombusiness activities as soon as possible. As a tech transferadministrator put it, contemporary “MIT does not have thephysical or intellectual infrastructure to support firm-formationinside academic labs.” A Stanford administrator said, “Wewouldn’t do that here.” In a reprise of MIT and Stanford’s earlyexperience, the Brazilian Innovation law of 2004 allows universitiesto sponsor conjoint academic lab/firms, realizing the utility ofinducing permeability in university boundaries to stimulateentrepreneurship. The Pontifical Catholic University of RioGrande do Sul, an aspiring research and entrepreneurial universityin Porto Alegre, has taken advantage of this provision to attractleading scholars, from the neighbouring federal university, whowish to start-up inside their research group.

Nurturing the early phase of a start-up in an academic researchgroup occurs naturally as group meetings generate ideas to realizethe theoretical and practical implications of their findings,exemplified by some of the projects showcased at the StartX’sDemo Day. StartX is a student initiated incubator project, hostedin AOL’s basement in the Stanford Research Park, that spun-offfrom SSE Labs (http://sse.stanford.edu/category/division/sseventures),a Stanford University Student Enterprises project (therecent Stanford graduate founders of StartX were respectivelyCEO and CTO of Business Association of Stanford EntrepreneurialStudents (BASES) where they began their collaboration). Facultymembers and research associates as well as students, whetherundergraduate and graduate, are members of some of the start-upteams supported by basic research funding in academic labs,especially in the medical school (author interviews with firmfoundersat “Demo Day”, 8 September 2011. One team wasapplying for commercialization funding from SBIR; another alreadyhad their product on the market in Apple stores in the US andEurope as an IPad app, while still others have achieved seed fundingor agreements to distribute their products through major firms.At a Triple Helix Workshop this Fall at Birkbeck, University ofLondon, a colleague quoted AUTM statistics showing that sevenstart-ups emanated from Stanford during the past year. However,these statistics only counted the firms that came through theofficial route, with licensed IP from OTL. Nevertheless, manyinternally generated start-ups happen below the radar. Forexample, a Stanford medical researcher, wound up her lab, tookearly retirement and used her final pay as start-up capital for amedical software simulation firm, encouraged by OTL to go-aheadin the absence of significant patentable government supportedresearch. As the director of OTL, Kathy Ku says, “We are notthe intellectual property police. On the other hand, if a significantpatent is at stake, Stanford will act, having recently spent 10 milliondollars on a lawsuit. Even though the university lost in court, itset down a marker to firms that it was willing to commitconsiderable resources to protect its interests”.

After arriving back home in Palo Alto, I biked over to the PaulBrest Auditorium to catch the tail end of a meeting of BASES, theStanford Student Entrepreneurship Organization, with a talk byPeter Thiel, PayPal co-founder, Silicon Valley angel, and earlyfinancer of Facebook, depicted in the Social Network film. In histalk, Thiel recognized the essential role of government ininnovation. Reflecting on the past decade of heavy venture capitalinvestment in “Cleantech”, expected to be the next wave oftechnological innovation and firm formation success in the Valley,he said that the results were less than stellar and called forgovernment to institute five-year plans for technologicaldevelopment. The student who asked the question that elicitedthis response could not quite believe the answer and asked infollow-up: “Who should do a five year plan?” and received asanswer, “The US.” The underpinning of the venture capitalindustry by government-funded R&D thus received its due from atypical Silicon Valley government skeptic and ideological“libertarian.”
As you can imagine, my travels will not stop here. I will keep you posted, dear colleagues, and look forward to meeting you on the road, soon!