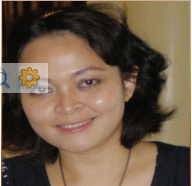 ABG stands for Academic, Business, and Government, and it is understood by the Indonesian as the way to implement the Triple Helix. This notion was rooted before the term Triple Helix became popular terminology in Indonesia for studying the actor interplay in creating dynamic, conducive, and supportive business environment by having three relevant actors. However, the implementation of ABG in Indonesia has not been without its challenges, as progress has been considered relatively demanding for a large country like Indonesia. It has been a particular challenge for the East Indonesian region which is remote to Java Island, the centre of economic, politics, and technology) due to the lack of communication and understanding among the actors involved (Irawati 2006).

In the Indonesian context, the Triple Helix or ABG has been known as a non-linear mechanism to promote sustainable economic, innovation, and science policy, along the joint partnership, in the 1990s (Irawati 2007). There have been attempts to implement this concept in order to bridge the gap between small and medium enterprises (SMEs), large enterprises (LEs), Local Authorities (LAs),centre of economic, politics, and technology) due to the lack of communication and understanding among the actors involved (Irawati 2006).

In view of that, more emphasis has been placed upon links with and support specifically for SMEs, so that they can perform a key role in generating employment, economic growth, and a more equitable development in Indonesia (Irawati 2011b). Furthermore, the Indonesian government has teamed up with regional universities to build strong partnerships in embracing LEs and SMEs from the various sectors (i.e. traditional sector, semi hi-tech industry, and social enterprise).

Not only building up and trying to be more sustainable, effective, and efficient in the domestic region, the Indonesian government, universities, and business practitioners have been playing a significant role in terms of knowledge production and knowledge transfer in Southeast Asia, through ASEAN (Association of Southeast Asian Nations) (Irawati 2011a). ASEAN is expected to play a more active role in this dynamic region in terms of building up a resourceful cluster for innovation and technology, by means of having the trickle down effect from the industrial cluster, scientific park, technology park, and other channels of accumulating networks and technology from developed countries. Therefore, creating knowledge production through knowledge transfer is crucially taking place in Indonesia as well as other countries in the ASEAN region. One example is the Indonesian automotive cluster which is hoped to be the Detroit in ASEAN among other neighbouring countries rivalry (Irawati 2011a, Irawati and Rutten 2011).

The same is happening with the ABGconcept in Indonesia. ASEAN perceives knowledge production through knowledge transfer as a non linear process which involves the complex interaction between numerous actors and institutions. These actors and institutions and their interconnections (global and local networks) will create a system of significant role in knowledge transfer. However, this process needs to be supported by a new kind of development policy from ASEAN governments (Irawati 2011c).

Since the global economy has become a networked economy, Indonesia and other ASEAN countries should be more proactive in providing a conducive, sustainable, and efficient opportunity for close linkages with business actors, universities/higher education, and other relevant institutions. The next question is ‘will they be able to do it?’ That is a challenge for Indonesia and other ASEAN countries in implementing ABG orTriple Helix in an emerging region like Southeast Asia. The result is in progress and definitely is an on-going agenda for each Triple Helix actors in this region.

Therefore, the next Triple Helix X Conference in Bandung, will be the right hub for the ABGelements (Academics, Business, and Governments), from all over the world, but mainly for ASEAN communities. It is hoped that the event will provide an network to discuss and find commonalities, challenges, and opportunities in order to create an integrated economic community in ASEAN by 2015.

Additionally, the conference will be an international sharing and discussion forum for developed countries and emerging countries in general, in order to be more proactive in understanding and implementing the idea of Triple Helix.

Irawati, D (2006), Understanding the Triple Helix Model from the Perspective of a Developing Country: A Demand or a Challenge for Indonesian Case Studyin the International Conference Triple Helix Paradigm for Development: Strategies for Co-Operation and ExChange of Good Practice. Bristol Business School – University of the West of England, 17-19 September 2006

Irawati, D (2011b), Bridging the Gaps in the Triple Helix: A Case Study on the Challenge of the Indonesian Experience, in Saad, M and Zawadie, G (Eds), Theory and Practice of the Triple Helix System in Developing Countries: Issues and Challenges, London: Routledge (Routledge Studies in Innovation, Organization, and Technology), pp161-175.