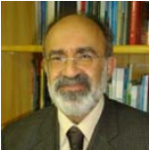 University of São Paulo (USP) is a public university in the Brazilian state of São Paulo, with approximately ninety thousand enrolled students on eleven campuses. Circa 25 percent of the articles published by Brazilian researchers in high quality journals are produced at USP, the only Latin American institution among the top seventy in the “Top Universities by Reputation 2012,” published by Times Higher Education.

The roots of the current Center of Technology Policy and Management (PGT/USP) go back to 1981, when the National Council for Scientific and Technological Development (CNPq) requested that USP study the feasibility of establishing a Center of Study and Research in Science and Technology Policy inside the university. A center was created, hosting three groups that were at the forefront in terms of organizing and carrying out research in that field, which was still in its inception stage in Brazil. The initial center was formed by faculty members from the Departments of Management and Economics at the School of Economics, Administration and Accounting, as well as the Department of Production Engineering at the Polytechnic School.

Activities in the 1990s were stimulated by the II Support Program for Scientific and Technological Development, a cooperative program of The World Bank and the Brazilian Federal Government. The main goal was to implement a graduate program capable of performing research and education activities according to international standards. In 1991, following the publication of a resolution aimed at creating multidisciplinary research spaces, the Center submitted a proposal to the university in order to formalize its structure.

PGT/USP maintained ties with the two founding schools, and opened itself up to researchers from other USP campuses (São Carlos and Ribeirão Preto). Researchers from other areas of the university also take an active part in the Center’s activities, for example, the School of Communications and Arts. The Energy and Nuclear Research Institute, an adjacent public institution that has a graduate track in management of technology, formalized a cooperation agreement with USP in 2009.

The Center has established itself as a multidisciplinary and interdisciplinary academic locus. Among comparable institutions, it is the only one that has been recognized for academic excellence by the Ministry of Science and Technology Support Program for Centers of Excellence. The Center also supports pioneering graduate programs in universities in other Latin American countries, such as Pontificia Universidad Católica de Peru and Universidad Central de Ecuador.

The scientific production accumulated by the Center during the 2007-2011 period includes 450 papers in journals (127 of them international), and 369 books or book chapters (61 of them international). About two hundred doctoral dissertations and master theses were completed under supervision of PGT/USP researchers in regular graduate programs during this time.

In 2004, PGT/USP conceived the electronic Management and Innovation Review (RAI), a pioneering initiative that resulted from the collective work of researchers in Applied Social Sciences that focus on innovation-oriented subjects. The Center contributed to the creation and consolidation of the Symposium on Technological Innovation Management, one of the key Brazilian forums in the field of innovation policy and management, accepting responsibility for the first twenty-four editions.

The Center’s comprehensive research projects were supported by the São Paulo Research Foundation (FAPESP) in the 2000s. The first project studied the Innovative Behavior of the Brazilian

Company, focusing on the Telecommunications industry. The second investigated the Management for the Internationalization of Brazilian Companies, then a groundbreaking subject.

During the last decade, FAPESP granted support for the Research Program in Public Policies, in order to study the emergent phenomenon of Technology Parks in the State. The knowledge acquired through these studies led to contracts with several municipalities that were interested in support for formulating and developing their innovation ecosystems.

In recent years the Center developed projects that have important impacts: (i) a Reference Term for Actions in Innovation and Technology Access was prepared for the Brazilian System of Support for Micro and Small Enterprises (SEBRAE), an agency that has the challenge of providing knowledge to circa six million small businesses; and (ii) studies regarding innovation in the public sector were developed for the São Paulo State Secretary of Public Management, leading to a decree by the State Governor establishing a Knowledge Management and Innovation Policy for the State Public Service – a first-of-its-kind initiative in the Brazilian public sector environment.

The monthly research seminars of PGT/USP, now numbering more than one hundred, constitute a valuable space both for presenting and discussing recently completed dissertations and theses, and for establishing face-to-face dialogues on new and/or prominent issues with distinguished national and foreign researchers and research directors, public officers, and business executives.

More than one thousand senior managers from S&T institutions, government organizations, and private companies, have been trained in medium- and long-term programs. One of them was a pioneering Training Program for Managers of Industry-University Cooperation (PROTEU).

PGT/USP was recently awarded two competitive grants by the Brazilian Development Bank (BNDES): (i) for a scientific in-depth study of the innovation performance of the Brazilian industry and

the effectiveness of the relevant public policies, based on microdata from the four existing editions of the national Technologic Innovation Survey; and (ii) for a scientific in-depth study of the game industry in Brazil, as part of the international creative economy.

A research project supported by CNPq is currently under joint development with ANPEI, aiming at shedding light on Medium-size Innovative Firms, an unknown segment of Brazilian business.

The Center was also awarded two grants by the National Innovation Agency (FINEP), aiming at the establishment of a new model of management innovation in Medium- and Small-size companies, one focusing on the Oil and Gas Industry concentrated in ten clusters in the state of São Paulo, and the other benefitting companies of the ICT industry in the Vale do Sapucaí cluster, in the state of Minas Gerais.

The Center will shortly begin a study of the current practices regarding planning for Technology Parks. One of the deliverables is a handbook with guidelines for both proponents and reviewers. Other smaller recent projects relate to diverse aspects of the Creative Economy.

The change in the portfolio reflects new challenges for the Center, in order to continue being at the forefront of the needs of the Brazilian and local Triple Helix.