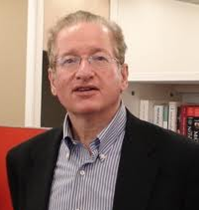 President of the Triple Helix Association

Understanding and filling gaps in collaborative arrangements is key to the advancement of Triple Helix policy and practice. The ‘Tic, Tac, Toe’ game of lining up three X‘s or 0‘s in a row for a win provides an appropriate metaphor for filling gaps in Triple Helix partnerships and winning the innovation challenge, wherever it may be. Recent meetings in Copenhagen and Silicon Valley gave me the opportunity for some reflections on this topic that I would now like to share with you.

I recently had the chance to see the Triple Helix in action in Copenhagen, Denmark, from various standpoints. Gaps and missing links across institutional borders were evident, but bridging them across the board, from social sciences and humanities to creative industries was high on the local and national agenda. “Suitable for Business,” a social sciences and humanities student organization in Copenhagen invited me to keynote their annual conference with a talk on “Triple Helix and its implications for the Humanities and Social Sciences”, highlighting the potential of triadic partnerships in this area, usually less explored in terms of Triple Helix interactions. The former Royal Pottery works has been renovated into a conference venue at the Copenhagen Business School, with the meeting held in the old “oven.” After presenting the Triple Helix framework, I referred to the significant contributions that the social sciences and humanities have made to the creation of jobs and the advancement of knowledge.

I discussed the invention of the algorithm in the Stanford music department that led to the Yamaha synthesizer, as well as the spread of survey research to such an extent that newspapers no longer feel the need to explain confidence limits, but take for granted the reader’s basic knowledge of the concept. I also mentioned Robert K. Merton’s focus group research technique that has become an indispensible part of advertising and political campaigns. Some years ago, the New York chapter of the Public Opinion Research Association invited Professor Merton to a special meeting to explain to him what had happened to the focus grouptechnique that he had originally invented to study an inter-racial housing project in New York City. Merton was amazed to learn that some sociology PhD students, who had not completed their dissertations, had taken this technique to existing companies or started their own firms to commercialize his sociological methodology invention. Professor Merton was said to have replied, “I wish I had patented it.”

Humanities and social science students in Denmark are being encouraged by government policy to think of utilizing their talents in the private sector. They are expected to take skills, techniques, and ideas from the university and create their own jobs, much as an earlier generation of US students turned social sciences advances into new service industries.

In a next meeting sponsored by the DEA (Danish Business Academy) think-tank, I learned about a gap that its early twentieth century founders fixed in an innovative manner. As business people, they were dissatisfied with the University of Copenhagen’s “ivory tower” stance and founded the Copenhagen Business School as an alternative form of academic institution, more engaged with society and the business sector.

I also learned about gaps in contemporary Copenhagen too. Creative industries, a signature industry for the city, encountered a significant obstacle to the development of joint innovation projects among firms because of the co-funding requirement that only large firms can usually afford. Creative industry firms, for example, in fashion, typically consisting of only a few people, seldom have the funds to participate. Even though this is an industry that government strongly wishes to encourage, the culture of requiring matching funds is so strong that an accommodation has not yet been reached. One idea that arose from the discussion was for the fashion industry’s umbrella organization to play an aggregating role, bringing small firms together to participate in joint projects, with the organization providing the required match.

A few days later, back in Palo Alto, I attended a regional conference called by the Silicon Valley Leadership Council, a business-led organization founded by David Packard. This was one of a series of meetings held across California to winnow public policy alternatives to present priorities to the legislature. Several panels and brief talks were interspersed with a smart phone voting process on preset alternatives, designed to indicate concern with particular issues like immigration or education. On the education panel, George Blumenthal, Chancellor of the University of California, Santa Cruz, noted that state monies equivalent to the funding of three campuses had been removed from the University of California in recent budgets.

The argument is that the long-term economic health of the state depends upon the quality of the people trained by the state’s universities. A previous era of economic success was built on this premise. However, in recent years the quick fix to the shortage of engineers has been to expand immigration to fill the positions rather than to increase local educational opportunities. A business leader commented that Silicon Valley firms were global, that they could move production, R&D, sales, etc .… “What we are trying to get is a reason to stay here.” Ultimately, I thought that reason would be the quality of innovative ideas that are generated locally.

Presently, Silicon Valley is the leading ecosystem for growing innovative firms. Countries such as Germany have developedprograms to finance their most promising start-ups to come to Silicon Valley incubators such as Plug and Play for ‘growth training.” In time these lessons are learned and taken back home, for example, by Taiwanese who have spent decades in the Valley but have been recruited to return and develop an innovation ecosystem in their homeland. Today, Silicon Valley is at the height of its power as the world’s leading innovation system. Nevertheless, an iconic firm is a shadow of its former self, with rows of empty cubicles. Its head count is as high as ever but many of its engineers are now located in India.

Ultimately, the guarantor of a triple helix network of interactions is a vibrant university system. Public support for universities in California has weakened, at least temporarily. So far, the leading public campuses have not been affected by significant faculty loss, although life is more difficult for students subject to rising tuition fees. Three major campuses, the University of California, Berkeley, Stanford University, and the University of California, San Francisco, a specialized biomedical institution, are the front rank academic institutions of Silicon Valley, with a significant gap between the next level of universities. On the other hand, the Boston region, which Silicon Valley surpassed some years ago as the leading US innovation hub, is today characterized by a seamless web of leading universities, not only traditional first-rank schools, such as Harvard and MIT, but rising schools such as Boston, Tufts, Northeastern and Brandeis Universities and Boston College. Given the above trends, Boston may possibly retake the lead as the leading US innovation centre.

Plans are being developed for the public launch of the Triple Helix Working Paper Series (THWPS).

If you have a contribution that you would like to have included in the inaugural issue, please send it to James Dzisah at