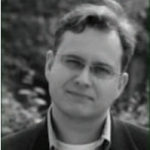 What better way to provide an overview on indicator work than with some bibliometric guidance! The literature on both the Triple Helix in general and Triple Helix indicators has grown substantially over the past ten years (Fig. 1). If one looks at the Social Sciences Citation Index (SSCI) alone, one can track at least 300 papers on the Triple Helix, and more than 100 of these can be related to the theme of indicators. Indicators have become a key aspect of work on university-industry-government relations. This warrants a closer look. 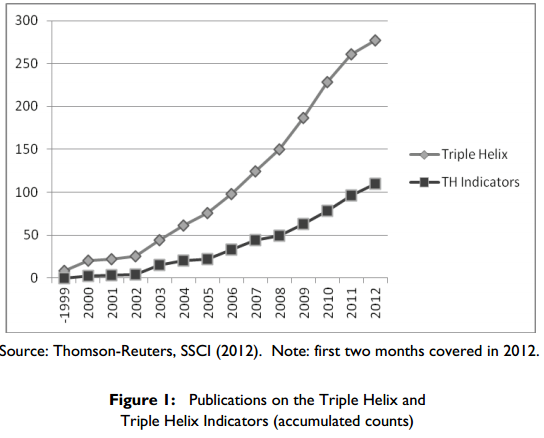 Cluster analysis allows us to get an idea about the different approaches pursued in this area. We followed a bibliographic coupling approach to identify the various perspectives on indicator work. This approach tracks links between papers on the basis of references they share and thereby gives an idea how papers are related in a cognitive sense. Eight clusters were identified this way which can be roughly grouped in four main strands (see also Tab. 1):

The first strand (A, clusters 1 and 4) of the indicators helix accounts for a bit more than a quarter of all contributions and is concerned with indicators of science-technology interaction. Cluster 1 with twenty papers contains a wealth of papers that focus on patent citations as a way to track science-technology interaction. It includes regional and technology based analyses as well as contributions that try to understand patent citations better and develop this approach further. The eight contributions in cluster four trace links between science and technology, but distinguish themselves by offering a broader and at times also comparative perspective, exploring, for instance, webometric or inventor-author analysis, often in combination with other indicators.

The second strand (B, clusters 2 and 6) is concerned with measuring information flows especially through entropy measures. Loet Leydesdorff’s work features here prominently. This strand accounts for about a fifth of all indicators contributions. Cluster 6 includes the earlier, foundational contributions and theoretical discussions, whereas the smaller cluster 2 explores the structuration of science fields. Both clusters are rooted in the science communication tradition.

The next strand (C, Cluster 3, 25 contributions) is mostly concerned with capturing the entrepreneurialism in universities. The focus is on developing and applying indicators that go beyond patent counts and capture a lot of other relevant third mission activity of universities. This cluster also contains reflective work and bibliometric analyses on the Triple Helix itself, such as the contribution by Terry Shinn (2002).

These first three strands capture all the work that is dedicated to developing Triple Helix indicators. The remaining papers can be divided into two broad areas – one line of work (strand D, cluster 5) that applies some of the indicators and tools discussed in the first three strands to empirical contexts – most notably Asia on which many recent papers have focused – and a more eclectic collection of papers that deal with governance in academe and its implications for Triple Helix relations (strand E, cluster 7) as well aswork on evaluation and governance of research systems (strand E, cluster 8). 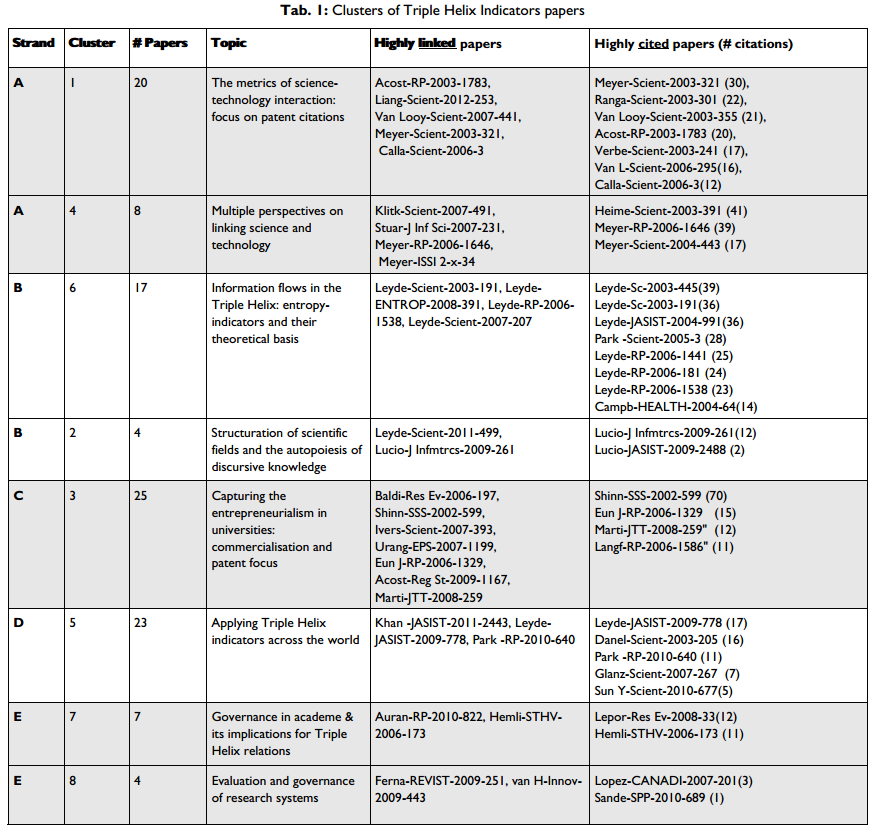 This brief analysis illustrates how rich and diverse work on indicators can be, reflecting the open and inviting character of the Triple Helix framework. Work on TH indicators distinguishes itself by being grounded on and embedded in a rich theoretical and empirical context. TH Indicators authors make an effort to relate and integrate their work with insights from a range of perspectives on university-industry-government relations. This becomes apparent when one looks at highly co-cited authors (Fig. 2). The core cluster is based on Leydesdorff and Etzkowitz’s contributions which in turn are embedded in a wider context of contributions by evolutionary scholars and contributions on innovation systems, technological paradigms, and absorptive capacities as well as proponents of a new mode of knowledge production. Only then follows a surrounding (red) cluster of authors primarily associated with work on indicators reaching out to other work on university patenting (Mowery et al) as well as another (yellow) cluster comprising sociological work (Latour, Shinn, etc) and statistical foundations (e.g., Theil/Shannon). 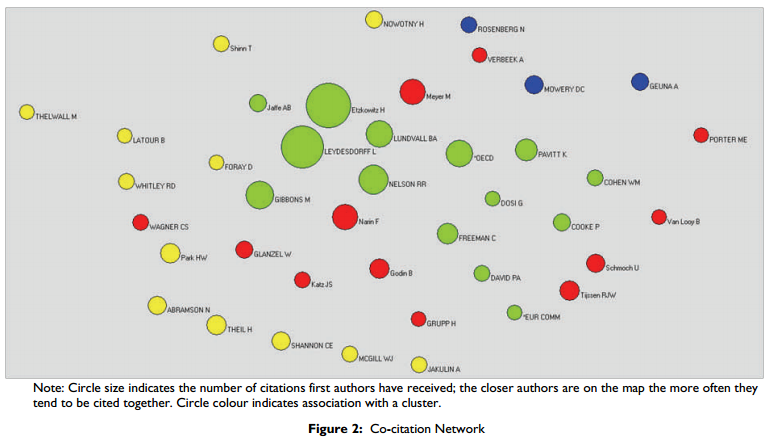 This brief paper can only touch upon a few points and merely scratch the surface of this thriving area of activity. Nevertheless, it should have illustrated that there are three main strands developing quite different approaches and types of indicators, firmly embedded in evolutionary thinking and debating new ways of knowledge production. These different approaches are applied across a wide range of countries. Particularly noteworthy is the rise of work on the Triple Helix in Asia, an area that may well continue to grow.