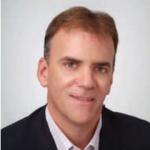 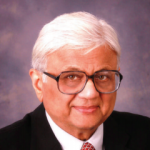 The meteoric rise of both high-speed mobile technologies and social networks has spawned the most innovative time in the history of technology. In particular, the combination of mobile broadband, as embodied in smart phones and tablet devices, and social networking tools, as embodied in services such as Facebook, Twitter, and LinkedIn, have created a frenzy of innovation as hundreds of new companies work to leverage this powerful combination of Mobile + Social.

Many of these innovations, and the companies that pioneered them, are American; and indeed, this is a time of great opportunity for America to renew and sustain its economic vitality via these cutting edge technologies. Experts agree that innovation is the most important agent of economic development and a cornerstone of sustainable prosperity, and America is innovating at a pace perhaps never seen it its history. Can we turn this innovative frenzy into sustained, broad economic growth as a whole? We’ve done it before: the growth of the railroad, of the telecommunications infrastructure, the birth and growth of the Internet, all contributed to material economic growth.

In this paper we will first examine the core attributes of the MobileSocial (“Mo-So”) trend. We then explore opportunities that this turning point in the history of technology offers, followed by a discussion of what the U.S. has to do to sustain its primacy in the Mo-So space in the 21 century

It is estimated that the number of smart phones will surpass the number of personal computers by mid-2012. Smart phone connections to the Internet are growing at three times the rate of personal computer connectivity. This is actually reshaping the global economy, and we suggest that this sea-change represents a turning point in history. For the first time in history, people around the world are able to reach the Internet inexpensively and with great convenience to access healthcare information, on-line education, disaster preparedness resources, job opportunities, and to conduct business. People are no longer tied to their homes or offices for connectivity. They can access the Web from wherever they happen to be and at any time of day.

The salient point here is that mobile broadband is the most pervasive electronic technology in the history of the world. Out of a world population of nearly seven billion people, nearly six billion mobile devices are expected to be in use by mid-2012. Nearly 85% of the world’s population is within signal range of wireless Internet service – what is amazing is that this exceeds the penetration of the electrical grid.

Some specific examples of important applications of high-speed mobile broadband technology include:

4)  More efficient energy management via smarter electric grids that conserve energy and support environmentally-friendly public policy. (Darrell West, Ten Facts about Mobile Broadband, Brookings Institution December 8, 2011). There are, and will be, many others.

Of course, the U.S. is not the only major mobile broadband player in the world. Mobile trends are truly global. In fact, all developed economies of the world have almost 100% wireless penetration.

Not surprisingly, mobile phone usage has become a high priority item in emerging countries. It is important to note that many emerging nations have skipped over the usual sequence in information technology: from landline and desktop computers to cell phones and laptops then to tablets and smart phones. For example, the growth in mobile phone usage in Sub-Saharan Africa has been dramatic. Today, mobile phones outnumber landlines by ten to one. Nearly 60% of the population has a mobile phone. The positive impact on the economy of the region is going to be dramatic as mobile telephony greatly enhances agricultural and labor market efficiencies by reducing market research and communication costs, as well as by creating new (and often global) opportunities.

In recent years, the smart phone has become a major factor underlying significant economic development and job creation. It helps spawn new businesses and products. According to a recent Deloitte study, investment in 4G technologies is likely to help the U.S. GDP grow by nearly $73 billion between 2012 and 2016, and 372,000-771,000 new jobs are expected to be created during the same period

The data on social networking is equally impressive. Globally, there are now well over one billion “Social Networkers.” They exceed users on basic Internet “portal” sites like Yahoo, Microsoft Network (MSN), America on Line (AOL). In 2011, social networking enthusiasts spent a total of 80 billion minutes on social networking sites. An overwhelming 90 percent of the usage was on Facebook. Globally, per-person time involved in social networking activities stands at an average of ten hours per month. And this more than just a “consumer” phenomena; enterprises are scrambling to interact with and serve this exploding community.

Who are the highest users in the world? Not Americans – we are twelfth. The leader’s rank as follows: Israel, Argentina, Turkey, and Chile, and so on. The top five economies of the world are not in the top-five list of social networking nations, but they are coming on fast.

Social networkers place huge value on being connected. They place high value on fast and convenient access to their networking communities, as evidenced by these facts:

And they are doing more than just “communicating”. For example, social networkers have spent more than $12 billion on “virtual goods” such as digital game currency, virtual weapons, and intangible gifts. This is more than just sharing photos.

Today, usage of mobile technology and social networks is heavily international. More than seventy percent of Google, Facebook, Yahoo, Wikipedia, and Apple traffic is international. Nearly half of the top technology companies (ranked by market value) today are outside the U.S., and that translates into a very challenging issue: external to the U.S. there is a growing base of competitive innovation.

Most importantly, China is the major emerging force in the use of mobile communication and social networking. In the last three years, China has added more mobile users than the total number of users in the US. In addition, the emerging economies of the world are increasingly “going mobile” and getting connected. As a result, they are driving innovation related to mobile communication and social networking. For example, mobile banking and financial transactions originated in poor countries. Mobile money transfers are exploding all across the developed world. The smart phone is fast becoming the new face of money. Perhaps we are witnessing the most innovative time in the history of money, too.

There is wide agreement among experts that innovation is the most vital agent of economic development, and a cornerstone of sustainable prosperity. Rising mobile communication and social networking continue to spur innovation in many regions of the world by introducing more people and more businesses to mobile digital technology. Today, the world is literally innovating around the MO-SO (Mobile-Social) platform. This combination is a great innovation accelerator. Why? Because needs drive innovation. The more people use these technologies, the more innovation occurs via “open innovation” – user-suggested innovations. This has been a great source of success for Apple and similar companies. (Henry Chesbrough, UC Berkeley).

In the light of the long-term economic promises offered by these exploding industries, many countries have decided to declare broadband and wireless communication as a prime infrastructure and strategic need. The trillion dollar question is: can the U.S. keep up with the enormous global surge in mobile communication and social networking as well as related innovations beyond our shores, and maintain its primacy as the leading innovator in these critically important fields of technology?

One could find solace in the fact that America still has the icons of the MO-SO companies: Apple, Facebook, Twitter, LinkedIn, Salesforce.com, etc. but we need to address several questions before we can sustain our leadership in these rapidly rising strategic fields.

1.  Do we have the financial resources and leadership to maintain our innovation edge in these difficult economic times by expanding our investments in digital infrastructure?

2.  Can we seamlessly cross time zones and cultures and operate globally?

3. In light of the enormous global surge in MO-SO, can we maintain our spark of creativity by investing in skill-building and talent development to sustain our national innovation ecosystem?