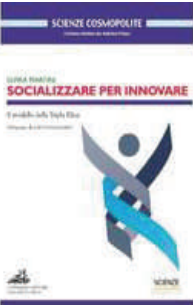 Modern societies are pluriform or, in other words, differentiated in many respects. Both the institutions can be very different and institutions can have very different functions. The Triple Helix model of knowledge-based innovation systems first distinguishes between university, industry, and government. One can further distinguish between institutions and functions. Whereas previously a one-to-one correspondence could perhaps be assumed between universities and knowledge production, industry and wealth generation, and government and institutional control and legislation, nowadays these functions can, to a certain extent, be shared in networks. Universities, for example, may be active on knowledgemarkets in terms of patents and licenses, industries can be constitutive to academic institutions, and governments at national or regional levels support and participate in networks: the networks carry knowledge-based developments.

The Triple Helix model can further be developed in terms of these institutional networks or also in terms of whether synergy is achieved between the functions of knowledge production, wealth generation, and normative control. In the latter case, one obtains a neo-evolutionary model, while inter-institutional arrangement can be studied using a neo-institutional model of how networks develop in terms of agents.

Thus, the Triple Helix as a model provides us with an opportunity to combine insights from evolutionary economics, technology studies, and agent-based modeling into a single framework (Leydesdorff, Zawdie, 2010). For example, one can study questions such as: is a system of innovation emerging, and if so, in which dimensions? How does the Catalan system of innovations, for example, differ from innovation systems in Italian industrial districts? Does a metropolitan area such as Boston or Munich provide another niche for Triple Helix relations than underdeveloped regions? The Triple Helix model stimulates the specification of differences and correspondences. The resulting insights can be used for policy making because the simple assumption of the existence of uniform “systemness”is replaced with a more informed insight into how nations and regions differ in terms of economic opportunities and knowledge infrastructures. For example, the study of the Piedmont innovation system (OECD,  2009) may lead us to the conclusion that the patent portfolio of Piedmont accords with the knowledge infrastructure in the university system of Lumbardy, or vice versa. If such were the case, then one would be ill advised to develop these two regions from the perspective of either Turin or Milano. However, regional authorities may be inclined to do so because of boundaries which were previously functional to developing political economies. Boundary-crossing and reshaping can be considered as hallmarks of a globalizing knowledge-based economy (Etzkowitz, Leydesdorff, 1998).

This study is moving in this direction: trying to demonstrate that socialization is a mechanism to promote effectively the relational dynamics among the actors of the knowledge and of its diffusion. Although I am not sufficiently able to read it in Italian, I know this result to be based on many years of fine research and it is an upgrade of the first PhD thesis on the subject of the Triple Helix to my knowledge. Therefore I wish the book to be a success on the market.

Etzkowitz, H and Leydesdorff, L (1998). The Endless Transition: A “Triple Helix” of University-Industry-Government Relations, Introduction to a Theme Issue. Minerva, 36, 203-208. 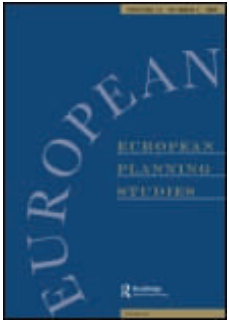 An Entrepreneurial University Strategy for Renewing a Declining Industrial City: The Norrköping Way

Norrköping, a small urban area formerly dependent upon old labour-intensive industries, has developed a knowledge-based renewal strategy inspired by ideas emanating from its superseded local economy. Using a longitudinal case study, this paper explicates the dynamics of change among a triple helix of university, industry and government actors that involved building consensus within the city and with its neighbouring city of Linköping. The keys to success have been cross-institutional entrepreneurship, aggregating regional and national resources to realize a unique, locally generated strategy based around the establishment of a local entrepreneurial university. Rather than adopting the usual list of hot high-tech topics such as information technology, biotechnology or alternative energy, and striking a balance between intra-regional competition and collaboration in order to achieve common objectives and avoid any stasis arising from hyper-competitiveness. This paper utilizes a triple-helix “spaces” framework and makes comparisons with other relevant cases to develop a theoretical model of regional renewal through the hybridization of old and new industrial and knowledge elements.

Members of the Triple Helix Association are invited to submit papers that are not yet ready for peer-review, but that are deemed interesting enough to generate debate and point to new directions to the THA Working Paper Series (WPS).

The idea of the WPS is to enable authors who want to provoke discussion on their research papers prior to sending them out for publication, to do so through the Triple Helix medium. The papers should be emailed James Dzisah [*email address protected*] for review, in either ‘word document’ format, or as a ‘secure pdf’ file. Papers reviewed will then be placed on the THA website, where a Forum will be creater to encourage discussion of the papers.