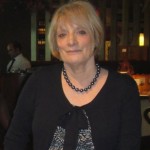 We would like to welcome you to issue 4 f the Triple Helix Association Newsletter: Hélice.

We are pleased that Hélice is receiving positive interest and feedback from a wide and knowledgeable audience, who are also becoming formal members of the Triple Helix Association. Hélice has been distributed to scholars, practitioners, and policy-makers, and is reaching organizations, including universities, public research organizations, as well as public administrators. Our records indicate an audience of about 1500 readers, including members and non-members of THA. Since the inaugural issue of Hélice, we have been emphasizing an open dialogue philosophy, where we welcome feedback, comments, critiques, additions, or alternative opinions, as well as reflections on any published article. We have received much interest, as well as new ideas that could be incorporated into Hélice.

We congratulate the organisers of the Triple Helix X Conference held in Bandung, Indonesia in August 2102 for a very successful conference on the theme ‘Emerging Triple Helix Models for Developing Countries: from Conceptualization to Implementation’.

Our Special Focus article by Eko A Prasetio provides further details on the event, as well as a link to the Conference Proceedings.In this issue, we are pleased to present articles from :

We as the Editors of Hélice, appreciate your interest in receiving Triple Helix news. We encourage you to share your reflections to sustain and extend the innovative dialogue of Hélice.

For further information, or to publish in Hélice, please contact

We wish all our readers a pleasant and enjoyable holiday season and look forward to welcoming you to Hélice in the New Year!

Triple Helix X Conference, Bandung, 2012
Located  800m  above  sea  level  and surrounded  by  mountains,  Bandung  has  a mild  temperature  ranging  from  22-27 degress Celcius.  Bandung, a city of around four  million  inhabitants,  is  known  as  the City of Education.  Many famous state and private  universities  are  located  here…

Helipedia: See What You Think?
Henry Etzkowitz (co-author Marina Ranga)
In this President’s Corner I would like to suggest a project idea for your consideration  and  input:  Helipedia,  a variation of  the  “wiki” model  of  web-based  knowledge  production,  organization,  and distribution…

Technology Transfer: Fueling America’s  Innovation Pipeline
Dr Erin L Cadwalader
Women comprise half of the US labor force, a quarter of the STEM (science, technology, engineering, and mathematics) workforce, but hold  less  than  10%  of  the  patents  in  this  country.   While  the number  of  women  applying  for  patents  is  generally on  the  rise, a persistent gender gap continues with regard to technology transfer and  entrepreneurial  activity.   Several  recent  studies  inadvertently bring attention to this problem…

Triple Helix: The Strength of the Amsterdam  Metropolitan Area
Ton Jonker MBA
The  Amsterdam  Area  economy  is  thriving,  even  in  these  difficult economic times.  2.2 million  people  generate  91  billion Euro’s  in added  value.   Together  with  Mainport  Rotterdam  and  Brainport Eindhoven,  the  ‘North  Wing’  (of  which  the  Amsterdam  Area  is part)  represents  80  per  cent  of  the  economic  activity  in  the Netherlands…