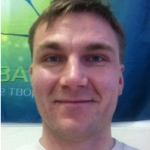 The Association of Russian Entrepreneurial Universities was established in September 2011. Its declaration was signed by its founding members including:
1. Moscow Institute of Physics and Technology,
2. National Nuclear Research University,
3. National University of Science and Technology (MISIS),
4. Skolkovo Fund,
5. St Petersburg National Research University of Information Technologies, Mechanics and Optics, and
6. TUSUR University.
Two additional universities – the National Research Tomsk Polytechnic University, and the Higher School of Economics National Research University – joined the Association in February 2012. Membership is free, and open to all institutions with aspirations to become an entrepreneurial university and play an active role in regional development.
The Association’s declaration defines its goals, mission, structure, and future activities. The mission is:
• To create a platform to share and exchange experiences of the transition towards an entrepreneurial university,
• To organize an effective collaboration between the Skolkovo Fund and the universities in order to increase their role in building the knowledge-based economy, and
• To assist to the development and implementation of the model of the entrepreneurial university in Russia.
One of the major goals of the Association, besides greater university’s involvement in the process of technology transfer and knowledge commercialization, is the establishment of effective collaboration between university, business, and government. One of the priorities is a greater collaboration between the Association and the Skolkovo Innovation Center, including the Open University Skolkovo, the Skolkovo Fund, and the Skolkovo Institute of Science and Technology, which is a federally funded hub of innovation, technology, and science, being built near Moscow.
The Association has organized two national conferences. The first was held on 21-22 February 2012 in Moscow’s Skolkovo Business School, and the most recent was held on 4-5 October 2012 in Tomsk hosted by TUSUR University. The second conference had an attendance of 280 representatives from top Russian research universities, state corporations, the technological platform “Medicine of the Future”, the “IT and Electronics” innovation regional cluster, the Skolkovo Fund, the Skolkovo Institute of Science and Technology, and the Association of Innovation Regions of Russia. Representatives from cities across Russia attended the conference including Moscow, St. Petersburg, Voronezh, Saransk, Perm, Rostov-on-Don (western Russia), Novosibirsk, Krasnoyarsk, Tyumen, Tomsk, Kemerovo (central part of Russia), and Komsomolsk-on-Amur, Vladivostok (eastern Russia).

Entrepreneurial Universities as the Core of Regional Innovation Clusters

The second conference, “Entrepreneurial Universities as the Core of Regional Innovation Clusters”, attracted representatives from the government-university-business helix. The highlights were a collaboration dialogue between different institutional spheres, the official 2020 agenda of the Association’s future activities, and a panel discussion of twenty-three vice-provosts from top research universities across Russia, i.e. the Association’s founding universities and seventeen additional state universities. 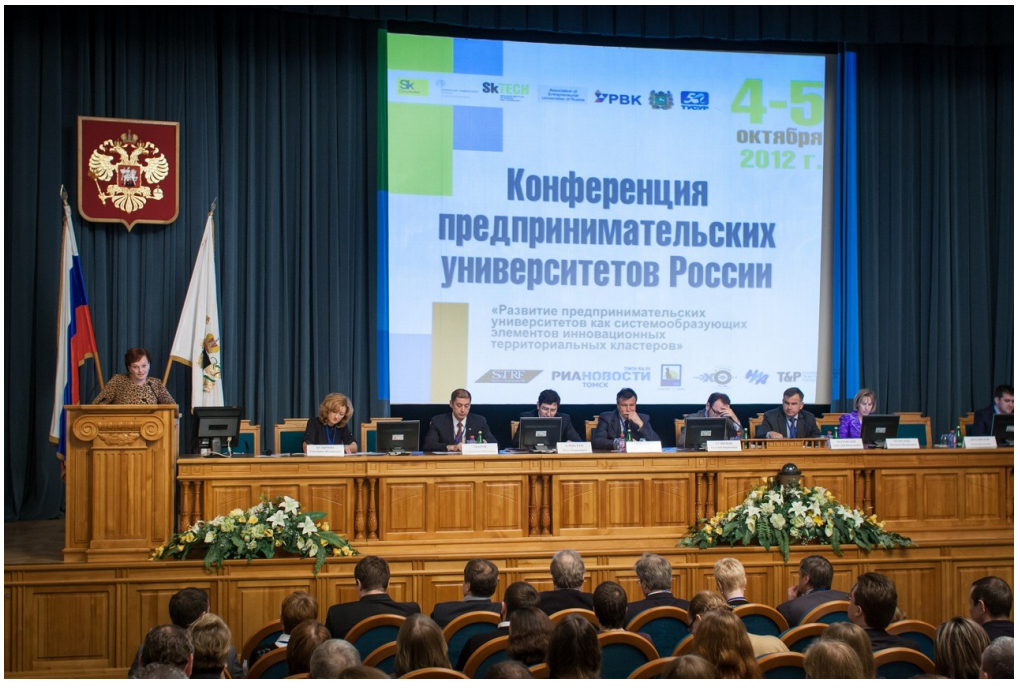 One of the important outcomes of the meeting was an established collaboration dialogue between university, business, and government institutions. Technology platforms, administration of innovation regions, development institutions and corporations, shared their views on the role of the Russian entrepreneurial university, its functions, and responsibilities.
Russian state-owned corporations are in transition towards greater involvement in the innovation development based on the model of “open innovation”. It is becoming a common practice to develop a corporation’s core competencies, while outsourcing the rest to the universities with superior science and technology expertise.
National development institutions, e.g. the Skolkovo Fund, view the university as a market player, which educates, conducts research, patents and markets its intellectual property. The development institutions are willing to support these activities, but the university needs to create the environment and the infrastructure to nurture innovations.
The technological platform “Medicine of the Future”, a network of organizations with the objective to create new biomedical products based on advanced technologies, expects closer collaboration with universities working on the intersection of different disciplines with various technologies. Similarly, innovative regions are looking for professionals familiar with a projectoriented approach, competencies in several technologies, and experience of creation and management of innovative business. Regional governments encourage universities to create technology spillovers in the regional innovation clusters which are beneficial to public corporations, universities, and government.

The 2020 Agenda is the official list of the Association’s key future priorities:
• Development of the Russian model of entrepreneurial university specific to the regional, legal, institutional and political conditions, and knowledge exchange regarding implementation of different models of the entrepreneurial university.
• Development of a legal framework and mechanisms to ensure successful transition towards an entrepreneurial university, such as changes to federal budget policies and new legislature related to innovation, regional cluster formation, and collaboration between university, business, and government.
• Active collaboration with the Triple Helix Association (THA), participation in the THA’s conferences and publication of research in its journal, the Triple Helix Innovation Quarterly (THIQ).
• An annual Association conference dedicated to sharing best practice, analyses of international experience, and discussion of strategic collaboration with public corporations and the government agencies in charge of innovative regional cluster development.
The Association of Russian entrepreneurial universities is a relatively young organization. Over the last year it has organized two conferences and has a growing membership base with a common vision, objectives, and directions of its future activities. The Association is the next incremental step towards raising the awareness regarding building entrepreneurial universities in Russia.
It is a group of proactive research universities undertaking a fundamental leadership step to become active players in regional development and the knowledge-based economy. This task is not easy, and the Association is the platform to create collaboration networks, represent common objectives, and learn together how to overcome challenges. I am excited about the prospects of the Association, its future impacts and achievements. Bona fortuna!

Uvarov, A and E Perevodchikov (2012): The Entrepreneurial University in Russia: from Idea to Reality, Procedia – Social and Behavioral Sciences, Volume 52, 2012, Pages 45–51