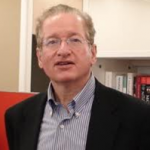 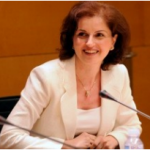 In this President’s Corner I would like to suggest a project idea for your consideration  and  input:  Helipedia,  a variation of  the  “wiki” model  of  web-based  knowledge  production,  organization,  and distribution.

The  bi-yearly,  now  yearly,  Triple  Helix  Conference  provides  a venue for presentation of Triple Helix research projects and policy analyses. Helipedia proposes to build upon this base by creating a global distributed research project to advance the  state-of-the-art  of Triple Helix  knowledge  and  practice. It  adapts the  wiki  model of collating  existing  knowledge to the  generation of new  knowledge. Participation  would  be  open  to  all  Triple  Helix  Association Members.

Helipedia  draws  upon  a  variety  of  collaborative  projects  for inspiration.   The  1958  International  Geophysical  Year  (IGY) provided a focus for researchers worldwide to advance knowledge on  this  topic.   The  IGY  built  upon  a  long  tradition  of  scientific collaborations,  placing  observers  at  different  points  around  the globe  to  simultaneously  collect  data  on  eclipses  and  other astronomical events. The Human Relations Area Files provided a model for collating and comparing existing anthropological data, by specific criteria, across multiple cultures. The project was based at Yale  University,  but  duplicates  of  the  files  were  available  for consultation in the libraries of other leading universities.

The Mass Observation Movement (MO), started in 1937, provided a  format  for volunteers to  contribute  information  about  everyday life  in  the  UK.   Volunteers  kept  diaries,  took  photographs,  and documented  widely  experienced  events  like  the  1940  “blitz.” Wikipedia,  a  free  Encyclopedia,  provides  a  curated  venue  for volunteers to contribute their knowledge freely, following a bottom-up  model  of  the  organization  of  knowledge  that  is  continuously subject  to  revision    Nevertheless,  the  Bottom-up  model  that allows  new  contributors  to  overwrite  documents  previously uploaded has come under criticism for not respecting authorship, on the one hand, and for being insufficiently expert-based, on the other.

Helipedia  builds  upon  these  previous  intellectual  ventures, suggesting a specific focus, like the IGY, a classification system like the  HRAF,  common  themes  for  contribution  like  MO  and  an objective,  like  Wikipedia,  of  systematic,  if  not  encyclopedic coverage  of  its  topic.   Possible  areas  of  investigation  include  the Triple Helix spheres, spaces and systems, regional growth models that are briefly described below. Other Triple Helix aspects may be  the  subject  of collaborative  investigations, organised  by  Triple Helix researchers and practitioners in different parts of the world. Each  investigation  would  involve  a  senior  Triple  Helix  researcher to  mentor  the project. New  funding  sources  might be  identified locally  and  internationally  and/or  the  project  may  be  carried  out with  existing  resources.   Opportunities  for  interchange, collaboration,  publication,  and  policy  development,  would  be sought as part of the project.

In contrast to biological evolution, which arises from mutations and natural  selection,  social  evolution  occurs  through  ‘institution formation’  and  conscious  intervention.   Both  advanced  industrial and developing countries experiment with finding better mixes of

functions  and  institutions  in  a  Triple  Helix  of  university -industrygovernment  relations.   For  example,  academia  plays  a  role  as  a source of firm-formation and regional development, in addition to its  traditional  role  as  a  provider  of  trained  persons  and  basic knowledge. Government helps to support the new developments through changes in the regulatory environment tax incentives and provision of public venture capital. Industry takes the role of the university  in  developing  training  and  research,  often  at  the  same high level as universities

The  positioning  of  the  institutional  spheres  with  respect  to  each other  and  their  potential  for  movement  and  reorientation exemplifies  the  dynamics  of  the  model,  with  one  serving  as  a gravitational  centre  around  which  the  others  rotate,  thus generating  several  Triple  Helix  configurations.   For  instance,  in  a statist  regime  (Triple  Helix  I),  government  plays  the  lead  role, driving  academia  and  industry.   In  a  laissez-faire  regime  (Triple Helix II), industry is the driving force, with the other two spheres as ancillary support structures. In a knowledge society, university and other knowledge institutions play an increasing role, acting in partnership  with  industry  and  government,  and  even  taking  the leadership in joint initiatives, in a balanced model (Triple Helix III)

The  Triple  Helix  model  is  increasingly  relevant  as  a  conceptual framework for regional development. Its capacity to describe the process  as  the  result  of  the  joint  workings  of  the  University, Industry  and  Government  institutional  spheres  is  expanded  by introducing  the  novel   concept  of  “Triple  Helix  Spaces”: Knowledge,  Innovation  and  Consensus  Spaces,  which  show  the process and mechanisms by which the institutional spheres interact and co-evolve over time. The specific activities and formats of the Spaces  provide  guidelines  for  integrating  endogenous  and exogenous strategies. The objective is to guide policy and practice at various stages in the creation and consolidation of knowledgebased regions

The  analysis  of Triple  Helix  relations  at the  regional  level can  be developed starting from a four-stage model of regional growth and renewal, outlined elsewhere as follows:

(iii)   Consolidation  and  adjustment:  integration  of  activities  to improve the efficiency of the infrastructure;

Originating  in  the  analysis  of  regional  innovation  in  Linkoping, Sweden  and  extended  in  the  investigation  of  the  renewal  of Norkopping. A series of collaborative investigations is underway with colleagues in Sweden and Brazil that may be further extended to a broader range of regional conditions.

Splintered  into  disciplines  from  the  mid-19th  century,  the  reunification  of  the  social  sciences  is  taking  place  as  elements  of sociology,  economics,  and politics,  coalesce  into  the Triple  Helix. The  construction  of  Helipedia  can  provide  a  prospective framework  for  developing   new  Triple  Helix  knowledge,  building upon  the  retrospective  framework  provided  by  the  Triple  Helix conference series that collates Triple Helix research and practice. The results could be displayed on a new section of the Triple Helix Association website. A commentary facility would allow display of additional  insights,  critique,  and  suggestions  for  further development, but the responsibility to revise would rest with the original  investigators.   Thus,  Helipedia  would  differ  from  a conventional wiki by respecting authorship.

It  is  envisioned  that  such  a  project,  integrating  research  with practice,  may  assist  the  return  of  the  social  sciences  to  their original purpose of societal advance.