is now available at: 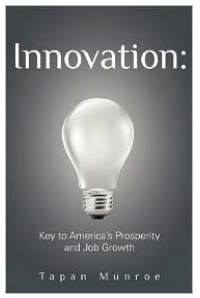 The Triple Helix of University-Industry-Government Relations at the Country Level, and Its Dynamic Evolution under  the Pressures of Globalization

We collect data from the Web of Science (WoS), and compute the configurational  information  among  university,  industrial,  and governmental addresses (U-I-G) at the country level. The relations between  mutual  information,  joint  entropy,  and  configurational information  are  first  explicated.   Comparing  developed  and developing countries, the dynamic evolution of the Triple Helix can be measured. The results show that the configurations among the three  subsystems  U-I-G  become  less  negative  over  time.   We suggest  that  globalization  erodes  local  Triple  Helix relations,  and  thus  can  be  expected  to  increase uncertainty  in  national  systems  during  the  more  recent period.

The Swedish System of Innovation: Regional

Synergies in a Knowledge-Based Economy

Based on the complete set of firm data for Sweden (N = 1,187,421; November  2011),  we  analyze  the  mutual  information  among  the geographical,  technological,  and  organizational  distributions  in terms  of  synergies  at  regional  and  national  levels.   Mutual information  in  three  dimensions  can  become  negative,  and  thus indicate  a  net  export  of  uncertainty  by  a  system  or,  in  other words,  synergy  in  how  knowledge  functions  are  distributed  over the carriers. Aggregation at the regional level (NUTS3) of the data organized at the municipal level (NUTS5) shows that 48.5% of the regional synergy is provided by the three metropolitan regions of Stockholm,  Gothenburg,  and  Malmoe/Lund.   Sweden  can  be considered  as  a  centralized  and  hierarchically  organized  system. Our  results  accord  with  other  statistics,  but  this  Triple  Helix indicator  measures  synergy  more  specifically  and  precisely.   The analysis  also  provides  us with validation  for  using  this  measure  in previous studies of more regionalized systems of innovation (such as Hungary and Norway).

We  report  on  the  development  of  an  interface  <at www.leydesdorff.net/ipcmaps>  to  the  US  Patent  and  Trademark Office (USPTO) that allows for the mapping of patent portfolios as overlays to basemaps constructed from citation relations among all patents  contained  in  this  database  during  the  period  1976-2011. Both  the  interface  and  the  data  are  in  the  public  domain;  the freeware program VOSViewer can be used for the visualization.

These basemaps and overlays can be generated at both the 3-digit and 4-digit levels of the International Patent Classifications (IPC) of the  World  Intellectual  Property  Organization  (WIPO).   The basemaps provide a stable mental framework for analysts to follow developments  over  searches  for  different  years,  which  can  be animated.   The  full  flexibility  of  the  advanced  search  engine  of USPTO is available for generating sets of patents which can thus be visualized  and  compared.   This  instrument  allows  for  addressing questions about technological distance, diversity in portfolios, and animating the developments of both technologies and technological capacities of organizations over time.

Interactive Overlays on the basis of Aggregated Journal – Journal Citations 2011

The single major difference with the previous maps is clustering on the basis of the decomposition algorithm of Blondel  et al. (2008) as default. Previously, we used clustering as provided by VOSViewer (Waltman  et al.,  2010).   However,  the  two  clustering  results  are both available, and the user can change this option. Examples and instruction are provided at http://www.leydesdorff.net/journals11