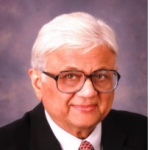 When we envision Southern California, we usually think about sundrenched beaches, surfing, Hollywood, Beverley Hills, Rodeo Drive, and  the  seaside  resorts  of  La  Jolla  and  Newport  Beach  –  the Southern California Riviera. It may surprise many to know that the region  has  one  of  the  largest  life  sciences  industry clusters  in the world. It stretches south from Orange County with its innovation hubs centered in the cities of Irvine and Mission Viejo, down to San Diego  County’s Torrey  Pines Mesa,  Carlsbad,  and  UC  San Diego. ( Biocom 2012; Southern California Economic Impact Report).

The  region’s first biotech  company, Hybritech, was  established  by scientists from UC San Diego. Hybritech’s renowned product, the PSA test, is a revolutionary diagnostic test for prostate cancer. The company was subsequently acquired by the pharmaceutical giant Eli Lilly for $400 million in 1986. This sizeable infusion of cash helped the  early  entrepreneur’s  of  Southern  California  to  start  the  first generation of biosciences firms in the region. San Diego’s biggest biotech drug success story was Idec. The company is now part of Biogen-Idec.

The story of the creation of the medical devices industry in Orange County,  mostly  concentrated  in the cities  of Irvine, Mission  Viejo and  Santa  Ana,  is  akin  to  the  development  of  the  life  sciences industry  in  San  Diego  County.  Engineers  and  scientists  initially attracted  to  the  County  for  work  on  military  research  and manufacturing  transferred  their  knowledge  and  know-how  into developing  medical  devices  with  considerable  support  from scientists  and  engineers  at  UC  Irvine.   Founded  in  the  1950s, Edwards  Life  Sciences  of  Santa  Ana  became  the  medical  devices anchor firm in the County. At about the same time, an eye drug company,  Allergan,  entered  the  emerging  field  of  cosmetic biotechnology with the acquisition of rights to Botox

Over the last several years, the life sciences industry is beginning to take  root  in  neighboring  Riverside  County.   Attraction  factors include  affordable  housing,  the  presence  of  UC  Riverside,  and access  to  a  well-trained  workforce.   Abbot  Vascular  and  several other medical devices companies form the core of the life sciences hub in the County. The completion of the UC Riverside School of Medicine in 2013 will provide an added boost to the advancement of the  County’s  Life  Sciences Industry.  Nearby  Imperial  County, known for agriculture and agribusiness for decades, is beginning to develop  a  life  sciences  industry  cluster  comprising  industrial biotechnology and biofuels.

Job growth in life sciences has been impressive in the four-county region.   In  2011,  this  sector  employed  a  total  of  nearly  97,000 people  with  average  salaries  ranging  between  $54,142  and $116,462  –  well above the national average. The medical devices and  diagnostics  sector  with  33,871  workers  had  the  dominant share  of  jobs,  followed  by  research  and  lab  services  with  31,394 jobs. The remaining were in Biopharmaceuticals and foreign trade. The Counties of San Diego and Orange lead the region each with 41,000  jobs.   In  addition,  nearly  31,000  jobs  services, recruitment and administrative services, financial services, marketing, advertising, and communications services.

The  economic  resilience  of the  life sciences  industry  in  Southern California has been impressive. The industry weathered the Great Recession of 2007-2009 relatively well. Job growth in the industry continued  while  employment  declined  in  most  industries  in  the region and the nation.

Underlying the impressive economic performance of the Southern California life sciences industry lies a healthy innovation ecosystem. (Mary  Walshok,  Tapan  Munroe,  Henry  Devries,  Closing America’s Job  Gap,  W  Business  Books,  2011;  Tapan  Munroe  with  Mark Westwind, What makes Silicon Valley Tick? Nova Vista  Publications, 2009). Like most living ecosystems, survival is the outcome of the interplay  of  a  number  of  key  elements  of  the  ecosystem.   An innovation  ecosystem  is  a  dynamic  and  adaptive  “organism”  that creates,  consumes,  and  transforms  ideas  into  products  via  the formation  of  new  firms.   The  foundational  element  in  the innovation ecosystem is research universities  –  the primary source of knowledge, ideas, and innovation. Research universities provide education and training for the region’s workforce. In addition, they provide  access  to sophisticated  labs  and  equipment  as  well  as to faculty  expertise.   University  faculty  members,  and  their  talented graduate  students,  often  help  in  the  formation  of  startup businesses.   Increasingly  the  Major  research  universities  in California  are  becoming  entrepreneurial.   They  include  the  ten campus UC system, Stanford University, and Cal Tech in Pasadena

With  knowledge  and  innovation  as  the  primary  drivers  of economic  growth  and  job  creation,  world-class  centers  of knowledge  and  discovery  are  key  elements  of  an  innovation economy.   The  four-County  Southern  California  region  is  wellendowed  with  these  vital  assets.   The  region  is  host  to  three University of California campuses:  UC  San  Diego, UC  Irvine,  and UC Riverside. San Diego County is the flagship of the region and continues to flourish primarily because of the presence of its world-class  research  university  and  fifty-three  free-standing  research institutes such as the Salk Institute of Biological Studies.

Another  key  element  of  the  innovation  ecosystem  is  investment capital.   If  ideas  and  solutions  are  the  soul  of  innovation,  then money  is  the  life  blood.   Access  to  seed  capital  from  angel investors at the start-up stage and follow-up financing from venture capital  firms  for  expansion,  are  both  critical  success  factors  for today’s  technology  firms.   Angel  and  venture  capital  is  private investment  money  crucial  for  transforming  basic  research  into commercial products that drives the commercial growth of the life sciences  industry.   An  important  source  of  capital  for  the  life sciences  is  the  taxpayer-supported  National  Institute  of  Health (NIH) funding, primarily devoted to basic research. Other uses of NIH grants include training and teaching programs

Between  2007  and  2010,  venture  capital  investments  in  the Southern California life sciences industry declined from $1.1 billion to $535 million, as a result of the Great Recession of 2007-2009. This trend continued into 2011 because of market and regulatory uncertainties.

On the other hand, NIH grants made to the region’s universities, hospitals, and small businesses for basic research in 2011 increased to  $977  million  compared  to  $966  million  in  2010.   San  Diego County received the largest share  –  85% of the NIH grants. San Diego  remains  the  number  one  recipient  of  funding  for biotechnology  in  the  US.   However,  the  declining  trend  in  VC funding for life sciences is a matter of concern for future growth of life sciences startups in the region.

The conclusions from an examination of the Southern California’s innovation ecosystem analysis include: