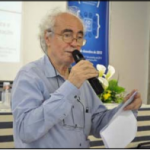 In view of the key role played by Brazil in the Triple Helix movement, the Editorial Board of Helicedecided to publish a Special Issue on Brazil, and were kind enough to invite me to give my personnel view of the growth and dissemination of the Triple Helix concept in Brazil.

Rio de Janeiro, Brazil, mid-1980s.I helped to create and head the first science and technology studies research group at the Engineering Production Program  of the Graduate School of Engineering of the Federal University of Rio de Janeiro (UFRJ/COPPE). The principal focus of the program was on laboratory studies, social construction of technology, technological systems development, and the risks of technology.

The group worked within a theoretical framework based on the work of Bruno Latour, Michel Callon (Centre de Sociologie de l’Innovation, École de Mines, Paris), and John Law (University of Keele, UK) during the 1980s on science and technological studies, which culminated in the formulation of the Actor-Network Theory (ANT). Under ANT, scientists and engineers act as entrepreneurs operating in an “actor-world” with heterogeneous elements, combining elementary particles with social movements and governmental bodies in the development of technological systems.

To strengthen our research capabilities we established relationships with the Centre de Sociologie de l’Innovation, and with the University of Keele, and had Bruno Latour and John Law visit us in 1991 and 1995 respectively.

We carried-out case studies in laboratories and research institutes within this actor-network perspective, analyzing the path from the development of artifacts to their commercial application and their implications for enhanced managerial strategies.

Rio de Janeiro, Brazil, mid-1990s. As Brazil embarked on a decadelong period of economic growth, the issue of technological innovation became supremely important to Brazil. We felt the need to enhance the conceptual base, and decided to work on the Triple Helix concept of interaction between university, industry and government developed by Henry Etzkowitz and Loet Leydesdorff.

Although the concept of the Triple Helix was only formally publicized in 1995, we had been following the work of Henry Etzkowitz since the publication of his research on universityindustry relations and the entrepreneurial behavior of scientists and universities in 1983, at the same time, coincidently, that Latour and Law were doing their laboratory studies.

By using the triple helix concept, we shifted to focus our studies on entrepreneurial universities; universities and regional development; incubators and technological parks; transfer of knowledge and technologies; patents, spin-offs and start-ups – engaging our graduate students in this endeavor.

Connections were established with the Science Policy Institute of the State University of New York, headed by Henry Etzkowitz. Accompanied by a PhD student in the group, I visited New York during the academic year 1997-1998. Henry Etzkowitz, who first came to Brazil in 1996, now comes regularly as a visiting professor, teaching courses, giving seminars and participating in discussions of Master’s and Doctoral theses that are being supervised by members of the research group.

During the second conference in New York, a small but representative Brazilian delegation presented a proposal to host the third Triple Helix conference in Rio de Janeiro in 2000, under the coordination of our research group. The proposal was accepted.

In preparation for the conference, in 1999 we organized a Triple Helix Workshop in Rio de Janeiro. The event was designed to raise public awareness, and attracted the participation of twentyfive delegates from Brazil and other Latin American countries, and included Henry Etzkowitz and Loet Leydesdorff,

During 1999, junior researchers prepared a study on the changing roles and functions in institutions and organizations belonging to the three institutional spheres – university, industry and government, and the emergence of new relationships and new innovative actors in the State of Rio de Janeiro. This study was presented at the third conference.

The third conference – the so-called Rio 2000 III Triple Helix Conference, attracted more than 350 participants from twenty-five countries, and marked the entry of Brazil into the Triple Helix Movement.

The Rio 2000 III Triple Helix Conference, with “Innovation Networks and Relations University-Industry-Government: Prospects for Brazil and Latin America”as its theme, happened at a time when policies for the country’s growth focused on innovation. The theme of the event and the quality of the guest speakers and renowned international experts attracted the attention of researches, managers and policy makers. The conference received support from the Ministry of Science and Technology, the Ministry of Education, the Science and Technology Department of the State of Rio de Janeiro; and from companies and business associations. Support was also given by the National Science Foundation, USA; the Gulbenkian Foundation, and the National Organization of the Petroleum Industry (ONIP).

The concept of the Triple Helix, as well as its central thesis – the importance of university-government-industry relations for development and innovation, spread to all institutional spheres, beneffiting from the fact that public policies in innovation under discussion in Brazil had already begun to incorporate to some extent these assumptions. Since the beginning of the 2000s, new governmental policies and programs have been implemented that are consistent with the Triple Helix concept, with Brazil’s Innovation Law as the cornerstone.

Niterói, Brazil, 2003. Based on my experience with colleagues and other researchers interested in the subject, an important new focus on the teaching, research, and dissemination of the Triple Helix concept began at the Universidade Federal Fluminense, Center for Studies and Research in Innovation, Knowledge and Work (NEICT), and the Graduate Program in Production Engineering,

NEICTis a member of the INNRED network (Ibero-American Network of Innovation Support Centers) of the Program CYTED(Ibero-American Programme for Science, Technology and Development), and has been part of the Brazilian team in the Project UNIDEV “Developing Universities – The Evolving Role of Universities in Economic Growth”, an international research project (2005-2009) involving teams from twelve countries, coordinated by the Research Policy Institute at Lund University.

The Triple Helix approach was included in the curriculum for the MBA in Management for Local Development, offered by the Fluminense Federal University/NEICT in Niterói, providing specialized training for Italian citizens residing in Brazil. It was an initiative of the Rosselli Foundation, Turin, in collaboration with the Università degli Studi di Milano-Bicocca, Fondazione Luigi Clerici in Milan, and the Universidade Federal Fluminense, and was supported by the Ministry of Labour and Social Security of the Italian Government.

The Triple Helix Research Group – THERG-Brazil at the Fluminense Federal University was established in 2008, with the purpose of studying relationships between the University, the Productive Sector, and the Government in Brazil. THERG-Brazil (www.triple-helix.uff.br) is housed at the Institute of Human and Social Sciences of the UFF, and has the financial support of the Carlos Chagas Filho Foundation for Research Support of the State of Rio de Janeiro (FAPERJ), and the National Council for Scientific and Technological Development (CNPq). THERG-Brazil is involved in promoting the strengthening of the network of researchers and institutions involved, through, for example, the Triple Helix blog (triplehelix.ning.com), with more than 300 members, and Ibero-American community on LinkedIn, with more than one hundred members.

In this brief account of the growth of the Triple Helix concept in Brazil, I would like conclude by highlighting some of the initiatives carried out by the joint action involving the Fluminense Federal University, through NEICT, the Pontifical Catholic University of Rio Grande do Sul, through its Office of Technology Transfer, and the THERG-Brazil.

We published a Portuguese language version of the book entitled ‘The Triple Helix:  University-Industry-Government Innovation in Action’  by Henry Etzkowitz, (2009), translated with the support of Vale do Rio Doce company, the Hélice Consultoria firm, and the Federation of Industries of the State of Rio Grande do Sul.

Two important Triple Helix seminars were organized: (a) the Triple Helix Seminar in Latin America in 2009, and (b) the International Seminar on Innovation and Regional Development in 2011, focused on bringing together representatives from various countries in Ibero-Latin America

(a)    The “Triple Helix in Latin America” seminar was held in Porto Alegre, State of Rio Grande do Sul, with the main goal of discussing the interaction between university-businessgovernment from a Latin American perspective, as an alternative means of facing the problems caused by the global crisis. Over thirty delegates from Brazil, Argentina, Chile, Venezuela, Colombia, Peru, and Mexico participated in this event, with Henry Etzkowitz and Marina Ranga, as keynote speakers. The proceedings of this seminar were published in 2010

(b)   The “International Seminar on Innovation and Regional Development” was held in Fortaleza, State of Ceará, organized by the State University of Ceará, addressing the issue of the contribution of innovation to regional development from the standpoint of the Triple Helix approach. Twenty-four delegates from Brazil, Mexico, Argentina, Chile, Venezuela, Colombia, Portugal, and Spain participated in this seminar, with Henry Etzkowitz as the keynote speaker.

As we look forward to the future, we do so with pride in our collective achievements and confident that in some small measure, the concept of the Triple Helix has helped to promote innovation and entrepreneurship as key factors in the economic growth of Brazil and the Region.