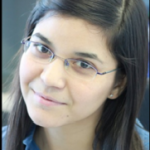 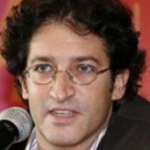 Dr David Urbanois a professor of entrepreneurship at the Business Economics Department of the Autonomous University of Barcelona (UAB), Spain. His PhD was on Entrepreneurship and Small Business Management (UAB, Spain and Växjö University, Sweden). His research is focused on the conditioning factors to entrepreneurship in different contexts using an institutional approach.

Traditionally, universities tend to be large organizations that by nature are not very entrepreneurial in their focus; however, the incorporation of an entrepreneurial orientation into a university’s mission could change this convention (Kirby et al, 2011). During the last ten years, our main research focus has been to understand the phenomenon of entrepreneurship within universities in different countries (e.g. Ireland, Spain, Mexico, Iran, etc). The core activity of universities has been universally recognized as teaching, but, as with other organizations, universities have undergone internal transformations in order to adapt to external conditions and to enhance their role in the economy. The main objective of this essay is to provide an insight into the determinants, impacts, and challenges of technology transfer and entrepreneurial universities. Following this brief introduction, we describe the main determinant factors of entrepreneurial universities taking economic, organizational, and individual perspectives. Then we provide insights into social/economic contributions of universities. Finally, taking into account the current economic scenario, we discuss challenges and implications.

Regarding  economic models and institutional contexts, throughout economic history, institutions have established the rules of society that shape human interaction (North, 1990). Using prior entrepreneurship studies as a reference, Audretsch and Thurik (2004) identified two different economic models as the political, social, and economic response to an economy dictated by particular forces: the managed economy, and the entrepreneurial economy. In the managed economy, the force is large-scale production, reflecting the predominant production factors of capital and unskilled labour as the sources of competitive advantage. In the entrepreneurial economy, the dominant production factor is knowledge capital as the source of competitive advantage, which is complemented by entrepreneurship capital, representing the capacity to engage in and generate entrepreneurial activity.

In each economic model, institutions are created and modified to facilitate the activity that serves as the driving force underlying economic growth and prosperity. From this point of view, the increased importance and significance of the university in terms of its impact on the economy is observed within the entrepreneurial economy (Audretsch, 2012). Consequently, one determinant of an entrepreneurial university is the stage of economic development in each society (i.e. it is explained by the institutional differences among the factor-driven economy, the efficiency-driven economy, and the innovation-driven economy – a classification based on Porter et al, 2012). For instance, evidence from North America, Europe, Asia, and Latin America, shows that the entrepreneurial stage of universities could be determined by the political, economic, legal rules1(called formal factors), and codes of conduct, values, attitudes, norms of behaviours, and culture (called informal factors) on knowledge’s production, transference, commercialization, and entrepreneurship in each society (Guerrero et al, 2012; Guerrero and Urbano, 2012b; Urbano and Guerrero, 2013).

On the other hand, when adopting an organizational perspective, the factors that have contributed to create a sustained competitive advantage are linked to the university’s resources, capabilities, and organizational context.To facilitate the generation/transfer/commercialization of university research and help generate startups/new ventures, the entrepreneurial university has not only altered its core activities/routines, but also combined adequate organizational environments and resources (Guerrero and Urbano, 2011). For instance, some internal factors that all universities tend to “imitate” are flexible organizational/governance structures, or support measures such as centres of small-university businesses, research facilities, research groups or quasi firms, liaison offices, technology transfer offices, and incubators (Guerrero et al, 2011). But there are other internal factors such as leadership, talent, connections with stakeholders, traditions, and reputation that are unique in each university (i.e. for these reasons most of the studies have used a case-study methodology). Indeed, there are other environmental factors that play an important role, such as the university’s policies and its culture which is reflected in the community members’ favourable attitude toward entrepreneurship, and the existence/diffusion of university entrepreneurs demonstrating that entrepreneurial success is more than a theory (Guerrero and Urbano, 2012a).

Finally but equally relevant, at an individual level of analysis, are the entrepreneurial characteristics of a university community.  In general, the university community is comprised of university leaders, academics, and students. Obviously not all university communities will have the motivation, knowledge, and intention required to become an entrepreneur (i.e. founder of a start-up), but it is expected that within an entrepreneurial university all their members at least develop entrepreneurial thinking. Undoubtedly, potential entrepreneurs could be identified within the academic and student groups. In the academic group, a potential academic entrepreneur is a researcher who develops his or her daily activities within a university to provide him or her with an adequate environment and resources to support the generation, transformation, and commercialization of knowledge and technology (Urbano and Guerrero, 2013). Particularly, a university tries to support the main academic entrepreneurs’ challenges, which include: (i) differences in human capital emanating from the academic discipline base and business ownership experience, (ii) conflicts of interest regarding academic and entrepreneurial activities, and (iii) strong links with scientific networks (but not with commercial networks, which are agents that gain knowledge from one domain and apply it to another).

Contributions of an Entrepreneurial  University a Social and Economic PerspectiveTo understand how an economy works, it is necessary to know the political, social, and cultural factors that establish its institutional dynamics; one way is to study its system of beliefs and decision-making processes (North, 2005). Following this perspective, the role of the university in the entrepreneurial society is considerably broader than simply to generate technology transfer in the form of patents, licences, and university-sanctioned start-ups. It is more fundamental to ensure that people thrive (i.e. creating entrepreneurial thinking, leadership, and action) in the emerging entrepreneurial society (Audretsch, 2012). More concretely, in the long term, the contribution of core activities of an entrepreneurial university (i.e. teaching, research, and entrepreneurial) could be transformed into the predominant production factors that contribute to social and economic development (Guerrero et al, 2012; Urbano and Guerrero, 2013). These are:

The role of the university has continued to evolve along with the underlying economic forces shaping economic growth and performance (Audretsch, 2012). Thereby, the worldwide economic downturn that began in 2008 represented a strategic game-changer for most economies. Severe resource constraints and unpredictable conditions created significant challenges for organizational survival, let alone growth through innovation and venturing activities. In this context, entrepreneurial universities face strong challenges: higher rates of unemployment within higher education, the reduction of education budgets, reduction in the demand of higher education studies, and so on. Unlike prior economic situations that affected only the most interconnected countries, the 2008–2009 global economic recessions affected all countries with different levels of intensity. Under this economic scenario, but with more emphasis in European context,2it is important to understand the role of universities and the main implications:

Audretsch, D and Thurik, R. (2004) A Model of the Entrepreneurial Economy International Journal of Entrepreneurship2 (2), 143–166.

Guerrero, M and Urbano, D. (2012b) The development of an entrepreneurial university Journal of Technology Transfer37 (1), 43-74.