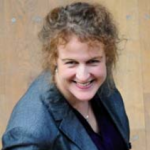 Azèle Mathieuis currently working full-time at the Brussels Enterprise Agency (BEA-ABE), a public regional institution, supporting and stimulating entrepreneurship. She is a Business and Finance Advisor, providing support to entrepreneurs (innovative start-ups and established companies) for what relates to the setting-up of their business and financial plans and for the optimization of their access to financing sources. Aside of her full-time job, Azèle holds a position as a supply teacher at the Solvay Brussels School of Economics and Management for two courses: (i) “Technology Transfer”, Master degree, and  (ii) “Business Planning (for entrepreneurial ventures)”, MBA degree. Previously Azèle worked as a Business Development Manager in a start-up company, Bone Therapeutics, and before that, as a Business Development Manager at the Technology Transfer Officeof ULB. Azèle holds a PhD in Economics and Management, and a Master of Sciences in Management. Her main field of interest relates to the management and the support to innovation, and more specifically, the management and the commercialisation of university-based inventions. Her thesis was entitled “Essays on the Entrepreneurial University”.

Not all universities are full-fledged entrepreneurially organized. However, within those universities, some researchers are entrepreneurially-oriented. They may not necessarily be involved in spin-off activity; but in the tradition of the Triple Helix concept of combining the conventional activities (research, teaching, participation to the governance of the university, etc.), and new ones (interactions with industry, protection of their IP, spin-off activities, etc.). These academics may play a crucial role (Clark, 1998; Clark 2004) in influencing the evolution of a traditional university towards an entrepreneurial one by forming exemplary “entrepreneurial islands” that in turn encourage new activities by other academics. Understanding the activities they perform andhow they are interacting may provide interesting insight into the process of how a university and its community adapt to their changing environment.

When I was working as a Business Developer at the Technology Transfer Office of Université Libre de Bruxelles (ULB, Belgium), I observed two clear trends: increased difficulties met by academics to find sufficient funds to finance their activities, and at the same time the emergence (or the formalisation) of entrepreneurial outputs. From this observation, a specific question arose: how would the involvement in “new” activities impact fundraising activities of researchers?

It had been observed that a patent may be considered as a resultfrom an externally-funded research project;1it may also be perceived as a knowledge transfer mechanism, because of its codified nature, conveying new knowledge to society similar to a publication. Does it also play a role in attracting external, competitive funds, or at the extreme opposite, given the time constraints on an academic, does it play a negative role in relation to fundraising activities? The same question arises when launching spin-offs.

In the following, analytical concepts context and the associated samples are first described; methodology and main results are then presented. Policy recommendations are finally addressed.

In what follows, analytical concepts context and the associated samples are first described; methodology and main results are then presented. Policy recommendations are finally addressed.

The Context and the Sample

The ULB is the second largest Belgian-French-speaking university2with a longstanding and strong tradition in research and a comparatively short history in entrepreneurial activity, starting at the beginning of the 90’s.

Regarding competitive funds, academics may apply for (i) public funds: either regional funds (aimedat supporting applied research), or national funds (directed to more fundamental research)3, or for (ii) business funds

The final dataset was composed of 7.829 business-funded contracts (encompassing consultancy, contract research and collaborative research), and publicly-funded contracts (regional and national), representing EUR 508 Million issued to 750 researchers4 working at ULB over the period 1998-2008.

The methodology used was a Count model with a negative binomial model specification. Some tests for reverse causality issue had been performed, given that any factor in the analysis can be considered both an input and an output of scientific research (Bonaccorsi and Daraio 2003, quoted by Meissner, 2010). Publications, patents, and involvement in spin-off companies, may increase the visibility of researchers and allow them to attract more funds; in turn such increased resources may lead to new publications, patents, and accrued active involvement in spin-off activities. In this case, there was no clear evidence of a severe causality issue. Results are summarized in Table 1.

If a distinction is operated between different types of funds, i.e. business, regional, and national funds, the influence of individual characteristics varies. The  entrepreneurial orientation  of academic researchers is mainly rewarded by funders directed to applied projects, such as the business sector and the regions. Regarding the academic’s start-up activities-business funding relationships, the present results confirm previous findings. At the university level, Van Looy et al. (2011) observe a positive and significant relation between contract research and spin-offs, suggesting complementarities rather than trade-offs between both transfer mechanisms. Given the strong proportion of ULB biotech spin-off companies, it can also be stated, similarly to Zucker et al. (2002) that “star” scientists signal by being involved in spin-off launching spin-offs based on the commercial potential of their research results and this, in turn increases the probability of engaging in joint research with industry.

Similarly, applying for a patentsignals to the business sector that the academic is sensitive to the finding of solutions to applied problems7and to the commercialisation of research results (as a patent is a legal property title that gives a commercial exploitation monopoly to the one that holds it). Notwithstanding the discussion regarding the impact of the academic patent on traditional academic missions (a topic that is not addressed here), it can be underlined that, at least, involvement of researchers in patent applications allow them to attract larger amounts of business funds.

For all types of competitive funds, the positive impact of the variableageand the negative impact of the variable age square on the dependent variables show an inverted U-shape relationship between the age and the extent of leveraged funds. This means that the extent of leveraged funds will increase with the experience of the researcher, then decrease at some point. Surprisingly, it appears that being a man will play against leveraging large amounts of business funds

The positive and significant influence of the  scientific productivityon the extent of allocated national public funds denotes that federal public authorities play their role in supporting scientific excellence. To some extent, the results confirm previous findings as citation measures are associated with higher income (Cole, 1978; Diamond, 1986; Dasgupta and David, 1994; Stern, 1999). However the scientific productivity does not play in favour of attracting larger amounts of regional public funds. It stems from this observation, that the set of individual characteristics that play a role in the fundraising of regional funds is more similar to the one that allows leveraging business funds than to the one that allows attracting national funds. The distinction then is not so much between business funders and public funders, but more between funders of applied projects versus funders of fundamental projects.

The policy implications derived from the present analysis are twofold. The first policy recommendation may be formulated as the need to keep on supporting the traditional academic mission of performing research. The positive and significant relationships between the amount of scientific publications and the extent of received funds, whateverthe source of funding; ascertain that the role of universities in generating new knowledge is (still) valued. Even if some believe that frontiers between university and industry become blurred, the division of labour in knowledge generation and the innovation process, at least in this case, remains important and is somehow rewarded. More funds (from public and business sources) will be directed to academic researchers who fulfil their traditional mission, or who generate new knowledge, and make it publicly available.  The traditional academic mission of performing research, further codified in publications, should remain supported and encouraged.

The second policy recommendation may be formulated as considering and encouraging the use of the academic patent and spin-off knowledge transfer mechanisms (KTMs), Policy makers have strongly encouraged academics to be involved in entrepreneurial activities over the last decades. Considered out of their context, they rarely bring any direct value to the researcher. Instead, what is observed in this case is that “entrepreneurial” activities of researchers help them gain more funds while there is structural decrease of the financing of universities.  Academic patents and spin-offs should not be considered as isolated “tools” in fostering innovation.  Aside of their roles of “end in itself”, and mechanisms to generate new knowledge, they play a role in leveraging external funds. This positive “side effect” should further be taken into account by scholars, TTOs, universities authorities, and policy makers, when encouraging the use of new KTMs or when studying the impact of such new activities on traditional ones. New activities could coexist with the traditional without threatening the traditional role of universities; and that their indirect impact would be larger than their direct visible impact.

3European funds are available but not taken into account in this analysis, due to a lack of information.

6In this case, the researcher is often the director of a lab or a member of it who has actively supported the launching of a spin-off company. It does not imply that the researcher left the lab to join the company, even if it may sometimes be the case.

7As the definition of a patent comprises the idea of finding something new to solvea specific technicalproblem for an industrialapplication.

Bonaccorsi A and Daraio C. (2003) A robust nonparametric approach to the analysis ofscientific productivity. Research Evaluation, 12 (1), 47-69.

Disclaimer: this article is a short version of an extended paper, not yet published. Some shortcuts/summaries have been made.For more information, please contact the author: *email address protected*.