During this one-hour webinar session, we will look into knowledge-based entrepreneurship in the context of Central and Eastern Europe. The speakers will present their views and findings derived from their extensive research and hands-on practical experience.

SPECIFICITY OF KNOWLEDGE-BASED ENTREPRENEURSHIP IN CENTRAL AND EASTERN EUROPE (CEE)

Knowledge-based entrepreneurship (KBE) is not the word that springs to mind when thinking about CEE. Yet, you may be surprised to learn how many examples of knowledge based entrepreneurships actually do come from this part of the world. In this presentation, I will give an overview of KBE in Central and Eastern Europe from different angles. I will combine an overview of popular with lesser known examples of success cases of KBEs with my academic research on the issue, looking specifically at new technology based firms, their typology, and characteristics, especially when compared to archetypical models. Also, we will explore how the business environment and external networks affect the growth of KBEs in CEE. I expect that my arguments and evidence will resonate with similar accounts of KBE in other emerging or middle income economies, which I hope will be a good basis for discussion. 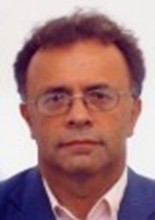 Professor Radosevic’s research is in the area of economics of technological change and innovation studies with special emphasis on countries of Central and Eastern Europe. His research explores issues of growth and structural change through innovation systems, entrepreneurship, international business and innovation policy perspectives.

Business incubators are well known in innovation ecosystems as the main mechanism to support the development of start-ups by providing them with business, advisory, and administrative support services. This support is needed at the beginning of a company’s life cycle, when it is most at risk of failure, from then on accelerators starts to play a relevant role. The number of European accelerators and incubators has increased dramatically since the start of the financial crisis. Between 2007 and 2013, the number has risen nearly 400%.

However, the link between universities and the private sector remains relatively weak in Europe, and both are running Business Incubators Centers to provide support to SMEs. Business schools and universities usually have their own venture labs, but are rarely open to entrepreneurs outside their community. Therefore, there is still room for greater information flow and knowledge transfer. This could be achieved by transforming universities and business schools into business hubs. Usually, the incubators inside Universities are led by Science and Technology Parks that are very effective mechanisms to establish a bridge between academia and industry fostering the creation of partnerships, thanks to their ability to ‘speak’ both languages: academia and business. Creating an appropriate framework between Universities and the Science and Technology Parks will facilitate the generation of innovation and the reinforcement of the ‘Third Mission’ of the university, 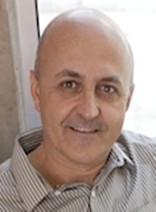 Graduated in Physical Sciences at the University of Valencia; Master in General Management at the UOC; and Master in Management and Promotion of Local Development at University Jaume I. Advisory Council member of IASP (International Association of Science Technology Parks and Areas of Innovation), Council member of European Network of Living Labs (ENoLL), Member of Project Management Institute PMI (USA), and Expert in Directorate-General for Regional Policy – European Commission.

are available to THA members at:
www.triplehelixassociation.org (in the THA repository)