[ BY THE CONFERENCE ORGANISING COMMITTEE ]

2015 saw the thirteenth in a series of annual conferences that began eighteen years ago, having previously been held in Tomsk, London, Bandung, Silicon Valley, Madrid, Glasgow, Singapore, Turin, Copenhagen/Lund, Rio de Janeiro, New York, and Amsterdam, and this was the first time the event was being held in China. 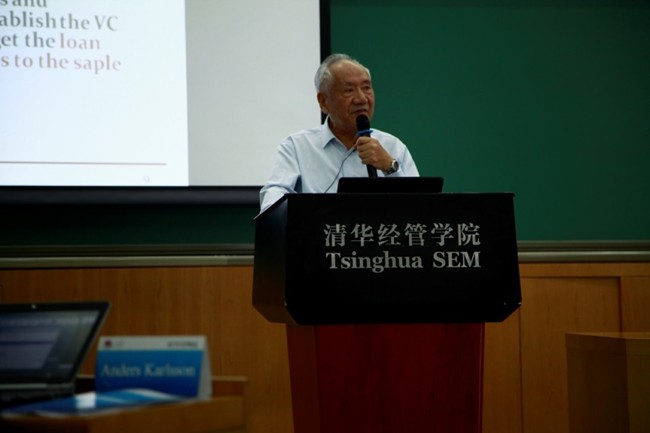 The conference theme was “Academic-Industry-Government Triple Helix Model for Fast-Developing Countries”, and around 180 professors and students from more than seventy institutions in the innovation area attended the meeting from around the world, including China, the United States, United Kingdom, Russia, Japan, the Netherlands, Brazil and South Korea.

Professor Qing-ruiXu, who is the Honorary Adviser of the Research Center for Technological Innovation academic committee, and a Chinese Academy of Engineering Fellow, delivered the Welcome Speech, which include a brief review of the development process of Triple Helix theory, and extending a warm welcome to all the participants.

On the evening of August 22, Professor Jin Chen, Chairman of the Conference, Professor Qing-ruiXu, and Professor Henry Etzkowitz respectively, presented eleven participants with the Best Paper Award, and presented cash prizes for the two Best Student Paper Award winners, with Professor Xudong Gao, Vice President of THC 2015 and Deputy Director of the RCTI at Tsinghua University. 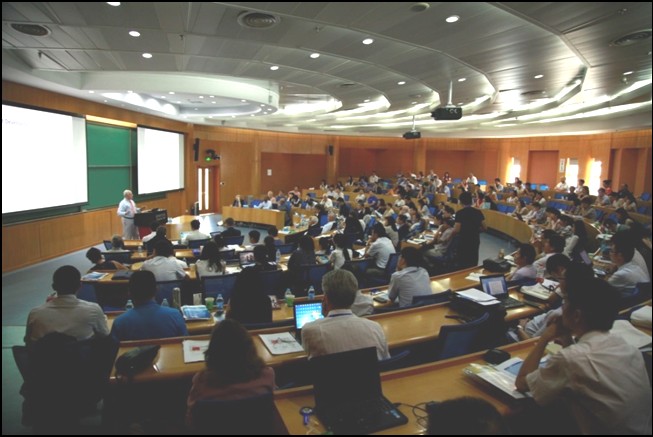 By noon on August 23, the THC 2015 three-day sessions ended with great success. After the meeting, participants from both home and abroad watched a special traditional culture performance with Chinese characteristics in Laoshe Teahouse. 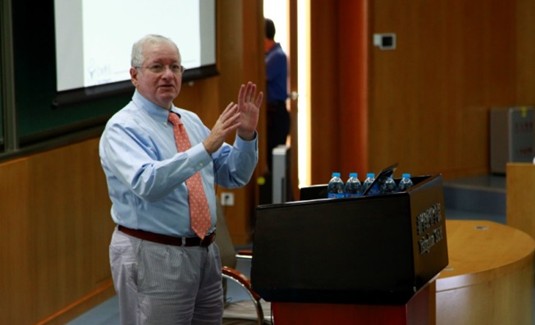 A Triple Helix of university-industry-government relations, as the basis of an innovation model, originated from both statist and laissez-faire societal regimes. The US experience took place in the context of scepticism of the government’s role. Nevertheless, at various historical junctures, such as the mid-nineteenth century Civil War, World War II, and in response to the 1957 Soviet Sputnik success, government played an activist role to address specific national issues.

For example, direct links in the US among university, industry, and government formed during the Second World War, were dismantled immediately after the war, but have since been revived in a looser format. The post-war creation of innovation hubs in Boston, Silicon Valley, the Research Triangle, and elsewhere emanated from pre-war Triple Helix interactions in New England, a region unique in the early twentieth century for its concentration of academic resources.

Interaction among Triple Helix actors creates dynamics for an innovation system responding to different societal regimes. An innovative dynamic system comprises bottom up, top down, and lateral initiatives, among university, industry, and government, translating research into use and societal problems into collaborative opportunities to invent new innovation methods. In the US, ideological opposition to government-industry relationships is reduced by an indirect format of running such links through the university.

This has had the consequence of increasing the university’s salience as an innovation actor. In Europe, a leading role for government is
accepted in many countries, especially those following the French Colbertist tradition, with industry seen as the main innovation actor under government’s guidance. 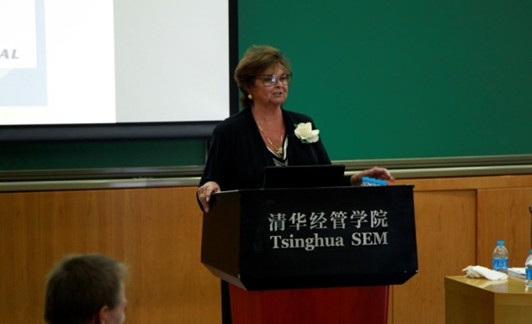 DEBRA AMIDON
Vision of Knowledge Innovation: Vignettes from the Past, Present and Future

Over twenty years ago, there was minimal interaction across the sectors – government, industry and academe. Several initiatives were born, including the Triple Helix. We have observed, if not participated in, the creation of a variety of funding programs, science and technology parks, collaborations, and most recently the evolution of Knowledge Innovation Zones in the form of Digital Cities, Internet Villages, Knowledge Regions and more. These zones cross technologies, industries, geographies and even virtual communities. They require new methods to measure progress – value drivers in a new Triple Knowledge Lens for the economy, society and infrastructure. Where we have been, where we are, and where we might be headed, including the new game in town – the art of collaborative advantage, was discussed. 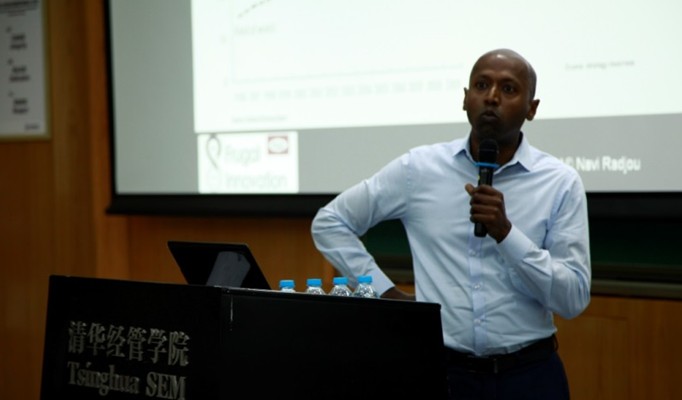 Frugal innovation is the ability to “do more – and better – with less”. It is an inclusive and sustainable growth strategy that enables businesses and governments to create more economic and social value using fewer natural resources. Long practiced in fast-growing economies like China, India, Africa, and Brazil, frugal innovation is now being adopted in developed economies like US, Europe, and Japan, to respond to the needs of cost-conscious and environmentally-aware citizens. In his presentation, Radjou described how frugal innovation is rapidly becoming a global phenomenon driven by mega-trends like peer-to-peer sharing, circular economy, and the Maker movement. He showed how policy-makers and CEOs can use frugal innovation to reconcile inclusive growth and sustainability, and how leading engineering and business schools worldwide are training next-generation leaders on frugal innovation. He explained how increased government- academia-industry collaboration across regions can accelerate adoption of frugal innovation that can improve quality of life of all citizens worldwide and build a sustainable planet. 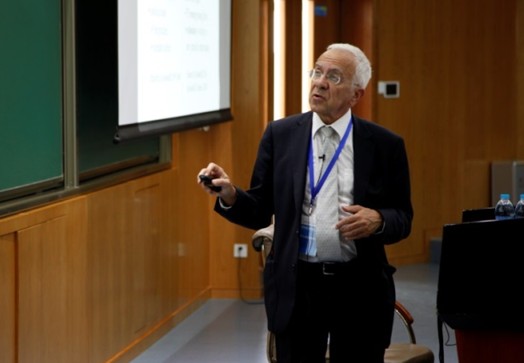 When three sub-dynamics can operate as selection environments on the variations among one another, a communication field can be generated that proliferates auto-catalytically using each third actor as a feedback or feed forward operating on mutual relations in clockwise or counter-clockwise rotations. This model improves on the neo-Schumpeterian models of innovation systems in evolutionary economics and technology studies, while these models assume a dialectics or co-evolution, for example, between trajectories and selection environments. By extending the Lotka- Volterra equations from two to three dimensions, Ivanova and Leydesdorff (2014) proved the possible emergence of a communication field (“overlay”) as an emerging (fourth) subdynamic. In the communication field, new options can be generated by sharing meaning provided to the events (Leydesdorff and Ivanova, 2014). This extension of innovative options can be measured as redundancy in terms of bits of information.

Petersen, Rotolo and Leydesdorff (in preparation) analyzed Medicals Subject Headings (MEDLINE/PubMed) of approximately 100,000 articles in three research areas including technological breakthroughs in medical innovation (honored with Nobel Prizes in Physiology and Medicine) in terms of “Diseases” (demand), “Drugs and Chemicals” (supply), and “Techniques” (control). Periods of synergy (operationalized as redundancy) can be distinguished from periods in which outward exploration prevails. Innovation systems (eg, at national or regional levels, but also sectorial ones such as in medicine) provide institutional mediation between wealth generation, knowledge production, and governance as different perspectives.

In the case of China, Leydesdorff and Zhou (2014) found, for example, that the four municipalities play a mediating role above expectation between knowledge production and wealth generation. Note that the three dimensions can differently be operationalized depending on the research design (eg, as ‘university’, ‘industry’, and ‘government’); but the dimensions have to be specified as analytically independent so that the three co- variations can be measured (Leydesdorff, Park, and Lengyel, 2014). 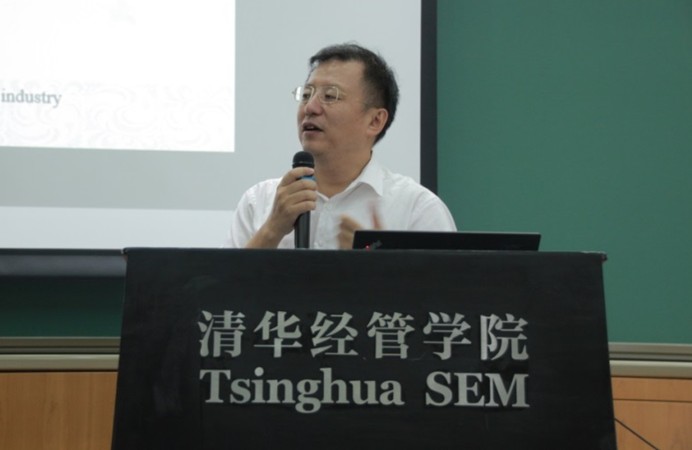 This presentation mainly focussed on the construction of total ecosystem with innovation and entrepreneurship, with the case of constructing new innovative carrier in Yangtze Delta Region Institute of Tsinghua University. Firstly, the speech put forward the platform strategy of the university, industry, and institute, which serves as a new model for the Triple Helix theory, with analyzing a lot of types of innovations of region research institute, such as mechanism, management etc.

It then considered the case study of the Yangtze Delta Region Institute of Tsinghua University with the “Big Dipper” Model which is the integration of Government, Industry, Academia, Institution, Capital, Intermediary and Clientele, compared with the traditional Triple Helix model.

Professor Wang Tao concluded that the institute should fully rely on the advantage of THU Based on the demand of regional development, and construct the total ecosystem with talent, technology and resources, industry, capital and market, incubation, investment, and operation at the era of innovation and the times of entrepreneurship. 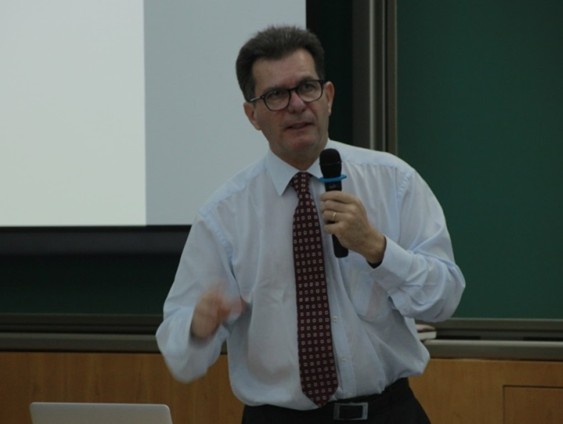 Open innovation – the ability of a company to source knowledge from other organizations and to find external routes to market for its own unused knowledge – is rapidly expanding as a management practice around the globe.

The concept will further gain popularity as it has been mainly applied in the context of large manufacturing companies but it is equally applicable to services. Its application range is much broader than originally thought: several companies – in the FMCG sector for instance – do not only collaborate on technology, but build profitable new businesses by combining their own assets with complementary assets of their partners including, brands, access to suppliers, and route to market. 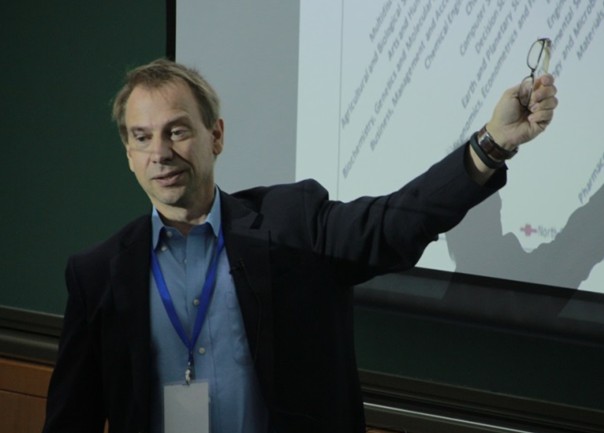 In the knowledge economy, the role of the entrepreneurial university as driver of economic growth is gaining increasing recognition. Universities provide a region with an educated workforce; they contribute to local employment and the local economy, as well as to innovation in the local, regional, or wider geographical context. In a (institutional) Triple-Helix perspective, this represents a shift to a balanced Triple-Helix model, with universities acting in partnership with government and industry.

Traditionally, university-industry interaction is captured for instance via co-authored publications, patents, reference to publications in patents, joint industry contracts, technology licensing, or the number of start-up companies exiting from the university. The challenge is to put the results in context where a comparison can be made of the strengths between different research areas and cities/regions of different size, allowing cities or regions to be benchmarked against each other without distortions. Using Scopus, the world’s largest abstract and citation database, as well as patent- and other data-bases, Elsevier is increasingly supporting with comparative benchmarking to the benefit of Triple-Helix actors, eg, policy makers, industry and other businesses, such as real-estate developers obtaining insights for policy or investment decisions.

Topics discussed studies done in partnership: one European- focused study done together with the Urban Innovation Network comparing eleven major cities, among them Berlin, Stockholm, Brussels, Manchester and Amsterdam; a second United States- focused study, looking at the competiveness of the state of Illinois done in partnership Illinois Science and Technology Coalition (ISTC). He then examined several aspects of the Triple-Helix knowledge exchange process, such as capacity to attract and retain talent, capability to commercialise research in terms of patents and patent citations. Of special interest were novel indicators of proxies for scientific quality in terms of citations and downloads of scientific works, which allow for a comparative benchmarking of cities of regions. 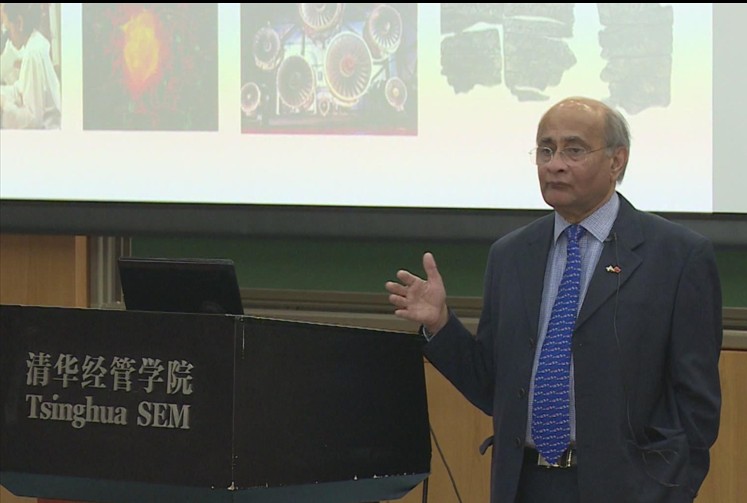 This presentation highlighted the emerging role of the learned societies in promoting Triple Helix interactions. Through examples, the presentation discussed new paradigms for international cooperation which bring together industry and academia, catalysed by support from government, to develop initiatives that lead to contributions in support of economic growth; under the aegis of learned societies. 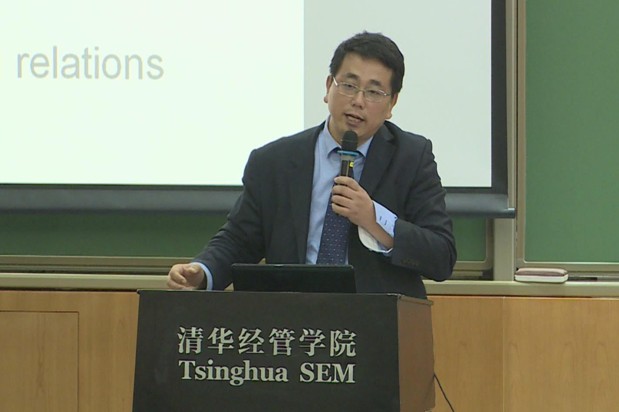 This speech mainly focussed on the topic of the University- Industry Strategic Alliance in China, including three parts: innovation and China’s Economy, university and Industry Relation in China, and university industry strategic alliance for China. China is in the transition from technology follower to technology leader. In order to maximize the firm’s collaboration efficiency, firms should place great attention on the use of unabsorbed slack resource, enabling better cooperation and technology transfer between firms and knowledge partners. The presentation put forward four policies to promote university/industry relations in China: implement collaborative innovation strategy, form a new university strategy, adjust university research strategy and provide high incentive for technology transfer. Then comparing with the west strategy, the talk provided a new strategy for China, such as collaborative innovation, innovative university. Finally, Professor Jin CHEN concluded that strong university industry strategic alliance in China should be provided.