Majored in Biomedical Sciences (2009), and obtained her master degree in Biochemistry from Federal University of Rio de Janeiro (2011). Currently start-up executive and manager of Stratego Bio and voluntair as Advisory Board Member Antonio Paes de Carvalho Junior Enterprise (EJ APC). Has experience in the area of basic life sciences (focused, mainly, in the subjects: protein biochemistry, mosquito biology, tyrosine phosphatases and vitelogenesis) and in the areas of administration (business and public) and academy-industry relationship.

Area of interest in TH research:

Riccardo Fini is Associate Professor of Entrepreneurship and Technology Innovation Management, and CIG Marie Curie Fellow at the University of Bologna (UNIBO), and Fellow at Imperial College London. He is serving as Associate Dean and Director of the Master in Entrepreneurship and of the Global MBA (Innovation) at the Bologna Business School. Before joining UNIBO, he researched at Ecole des Mines Paris, Case Western Cleveland, and the University of Bozen. He was also IEF Marie Curie Fellow at Imperial College and Assistant Professor at UNIBO. His research has been published in leading entrepreneurship and innovation journals such as Entrepreneurship Theory and Practice, and Research Policy. He has been invited to contribute to the University of Chicago Handbook on Technology Transfer, and the Palgrave Encyclopedia of Strategic Management, and he has been awarded more than €300.000 of research funds. Dr Fini has given three keynotes on science and public policy in Brisbane, Porto, and Singapore, and was invited to present his research in thirty universities and business schools in Asia, Australia, Europe, and North America. He has also featured in Nature, Times Higher Education, and The New York Times. 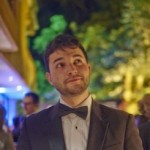 As a young Colombian entrepreneur, I
launched my first Startup on 2009 about
augmented reality. I am Industrial
Engineering from Sabana University in 2012,
my first employee was on Maersk Line international shipment company, in a financial area, where I was made credit and collect and make projects. Here, I contributed to increase the collect of the invoice and make a manual for use of financial module on SAP. SAP FRC. I then had the opportunity to be involved in one of the best healthcare companies about the eyes in the world, the Barraquer Clinic, where I found on of the principal motives to intro to THA because Barraquer have a cluster (or helix) of companies inside it from his foundation more than forty years ago. Actually I am the executive secretary of one of these, I work in Escuela Superior de Oftalmologia form 2013 to present. At the same time continue working on my entrepreneurial way with a StartUp based on virtual reality VR with the knowledge and expertise acquire from the last seven years as an entrepreneur. 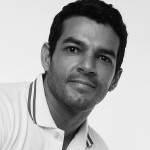 Majoring in product design at the Federal University of Pernambuco, Brazil, on the perspective of strategic design, management. It develops research on the implementation of the Triple Helix in the wild region of Pernambuco. Second largest center of Brazil’s clothing.

Margherita Balconi is a full Professor of Applied Economics at the University of Pavia. She graduated in Political Sciences at the University of Pavia (1973) in the area of international economics. In the Eighties she was a visiting scholar at the Sussex European Research Centre, Sussex University (UK) and at the Faculty of Economics and Politics, University of Cambridge (UK). In 1984-1989 she was a consultant of the Italian Parliament on the restructuring of the steel industry, and in 1994 a Member of the Technical Committee of the Ministry of Industry for allocating aids to capacity cuts. In 2006-2009 she was a Member of the Scientific Committee as by Piedmont Regional Law n.4, 2006, Regional system of research and innovation. In 2005-2012 she was University Rector Delegate for Pavia Science Park.

Areas of interest in TH research

Cui Liu is a lecturer in the Department of Architecture, Zhejiang University, China. She obtained her bachelor of architecture and master of architecture at Tongji University, and her PhD in Spatial Planning and Urban Development at Polytechnic of Milan. Her research interests include the changing role of the universities in the knowledge society and their corresponding spatial transformation. She is also an urban planner registered in the Ministry of Housing and Urban-Rural Development, China, and participates actively in urban design projects.

Role of university in the regional innovation system

YANG Xiaoli, is an Associate Professor in the Finance Department of Fujian Jiangxia University. She obtained an MSc in Finance from Xiamen University, and a BA in Economics from Shandong Finance Institute. 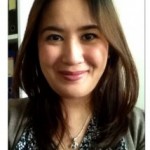 I am a doctoral student at the University of
Tampere, Finland. My research focuses on
universities, particularly in the Singaporean context. In my study, I am also applying frame analysis as a method to explore the institutionalization of the entrepreneurial university model. This is based on a single case study of a higher education institution in Singapore.