INNOVATION AND THE 2016 OLYMPIC GAMES

This year, the Olympics Games will be held in Rio de Janeiro State, in Brazil. Because of this, many notices about innovation in sport have been published in different media. Thus, Mariza Almeida and Branca Terra, professors of innovation at the Federal University of Rio de Janeiro State, and Rio de Janeiro State University, respectively, explain examples to Helice from How technology has changed the Olympics and what is coming ahead, which was published in the Innovation Newsletter available in Portuguese at http//tecnologia.terra.com.br/inovacoes- tecnologicas/, and accessed on 28 December, 2015. 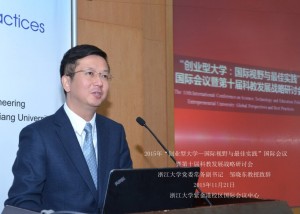 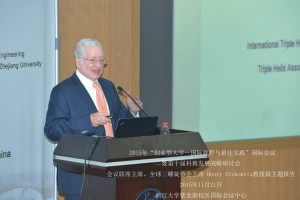 Modern equipment and gadgets have contributed to the development of sport in general. Since technology was inserted in sport, much has changed. Without it, major sporting results would not be possible, in addition to the detailed evaluation of athletes. At the Olympics, the contribution of technology began in the evaluation of athletes, and in their daily monitoring by applications, which assist in performance improvement. ‘A number of other technologies such as mobile equipment, technological costumes for sport, and athletic shoes are available and are part of the technological advancement in the Olympics’, says Paulo Sevciuc, professor of graduate studies in Educational Complex Physical Education FMU in Brazil.

Another application that has become a reality is the use of electronic games, such as Wii and Xbox Kinect. Besides helping to popularize sport, they have helped athletes in the simulation of sports practices. ‘We have used simulators that can be adapted to high and setting the athletes competing locations in a virtual manner by means of projections similar to these environments’, exemplifies the teacher.

Technological advances in the Olympics are mainly in arbitration and evolution of training methods and controls. Among the improvements are the timings in swimming or athletics, where the clock is automatically activated by the start device, and the end time is recorded and timed by the analysis of a photo finish, facilitating the investigation of the outcome of the race and hit record; the ‘fotocharge’ known in volleyball as ‘insists strip’, allows dubious moves that take place at high speed as, for example, revised; and the ‘hawk-eye’, English eagle eye, makes it possible through high-precision video cameras, to follow the trajectory of the ball across the area. In the case of bad throws, the final image, 3D, can be displayed to the public.

In the case of judo, for example, there have been cases where technical committees use the images and statistics collected in the competition, immediately, to provide subsidies for athletes on the characteristics of the next opponent in the league. ‘Already in karate and fencing, there are immediate identification systems blows correctly’, explains Robson Schiavo, professor, graduate studies, in Educational Complex Physical Education FMU.

For the Olympic Games in Rio de Janeiro, the sponsor, Panasonic, announced in 2014 solutions in video, audio, and security to equip the Olympic Village and the sports arenas during the event.

Among the technological company news was a system of security cameras that have facial recognition, where the cameras are able to do a search from a pre- recorded photo. You can still recognize, through the capture, the number of people, their sex and age, and other attributes of trade and marketing.

Also new is a system that can detect the user and even the ticket in his pocket in order to bring the latest information on related events that he will attend. For example, if he bought a ticket for a tennis match, when passing nearby TVs equipped with an interactive signaling system, he can see all the data related to the competition.

In the sporting arena, Professor Robson Schiavo believes that one of the innovations of the year will be the use of a tool called ‘genetic passport’ that will make a genetic research athlete, being able to identify any abnormal change through forbidden methods in an attempt to improve performance (Doping). ‘The Olympic Games have always been a big barn demonstration of innovation due to global interest to demonstrate their supremacy through sport’, said the Professor.

The Spanish Ministry of Economy and Competitiveness has launched a call for hiring junior post-docs, with two modalities:

The aids need that a host organisation co- funds the contract and INGENIO (http:// www.ingenio.upv.es/), a joint research institute of the Spanish National Research Council (CSIC), and the Polytechnic University of Valencia (UPV), is willing to do so, to conduct research in science and technology studies.

If you are interested or know someone who could be, please contact Joaquín M Azagra-Caro, INGENIO (CSIC-UPV), *email address protected*, for more details.

THA AT THE 10TH INTERNATIONAL CONFERENCE ON SCIENCE, TECHNOLOGY AND EDUCATION POLICY

The meeting theme “Entrepreneurial University: Global Perspectives and Best Practice”, encouraged attendees to focus on the theoretical frontiers and successful experience of the entrepreneurial university.

The conference was hosted by the Chinese Academy of Engineering and Zhejiang University, and organized by the Research Institute of Development Strategy of Zhejiang University. Guokai Wu, Vice Executive Secretary of Chinese Academy of Engineering, and Yanning Liu, Vice President of China High-tech Industrialization Association attended the conference.

The co-chairs of the conference, Henry Etzkowitz (President of the International Triple Helix Association), and ZOU Xiaodong (Vice President of Zhejiang University), recognized the most prestigious awards presented at the meeting, including two best papers and three excellent papers.

The conference brought together researchers interested in developing consensus on Entrepreneurial University Metrics and provided good suggestions for the practice of the entrepreneurial university.

A research project “Proposition and validation of Entrepreneurial University indicators” that seeks to create an indicator system to evaluate entrepreneurial activities at Brazilian universities, and to validate this system in some selected universities, was approved by the Foundation for Supporting Research in the State of Rio de Janeiro, Brazil.

The project will be conducted in parallel with an international study on “Entrepreneurial University Metrics” organized by the Triple Helix Association, that will bring together researchers from developed and developing countries to: a) increase knowledge about the theoretical concept; b) define indicators to evaluate entrepreneurial performance; and c) develop case studies to compare different experiences.