In this paper, we approach the issue by examining regional innovation systems (Braczyk et al, 1998) from the perspective of the Triple Helix model, originally developed by Etzkowitz and Leydesdorff (1995, 1997) for understanding the dynamic interactions between university, industry and government, which foster entrepreneurship, innovation, and economic growth. It has been argued that ‘the Triple Helix model reduces the complexity of the dynamics at play in the innovation systems of the knowledge economy’ (Zheng, 2010, p 41). By analysing and synthesising some Triple Helix studies, this paper will identify possible conditions that enable ‘Triple Helix systems’ (Ranga and Etzkowitz, 2013) at the regional level.

However, it has been criticised by Klein Woolthuis, Lankhuizen, and Gilsing (2005) that the system failures in the literature are unclearly defined without an appropriate standard or framework. As such, different concepts often overlap, and the same concepts are labelled differently. To remedy the situation, Klein Woolthuis et al (2005) provided a comprehensive framework for understanding the failures by separating the actors and institutions (rule, norms and cultures) within the system. In the framework, they identified eight different varieties of system imperfections to be addressed by innovation policy, in which four are concerned with institutions and four are about actors (Table 1).

REGIONAL INNOVATION SYSTEM FROM THE PERSPECTIVE OF TRIPLE HELIX

The Triple Helix systems are sustained by three key elements, namely: components in the systems, relations between components, and functions of the systems. The basic components are a number of actors within or across the spheres of university, industry and government. The relations between the three sectors include technology transfer, collaboration and conflict moderation, collaborative leadership, substitution and networking, etc. The major function of a Triple Helix system is to generate, diffuse, and utilise knowledge and innovation. These functions are achieved through the competencies of knowledge generation and diffusion, hybrid organisations and entrepreneurs, and bringing together university, industry and government in discussion to reach a consensus in a knowledge-based economy. Ranga and Etzkowitz (2013) label the three competencies ‘Triple Helix spaces’, namley the knowledge, innovation and consensus spaces. To achieve the Triple Helix system, certain conditions must be met.

Edquist (2001, p11) suggests that when applying the system of innovation approach as a conceptual tool in empirical analyses, one must be aware of concrete conditions that are so central to the development of a successful innovation system. However, these wider enabling conditions are often ignored in studies of regional innovation policy, which focus overwhelmingly on narrowly defined (and explicit) innovation policy. Now, we try to identify enabling conditions for regional innovation system development by integrating two studies of Ranga and Etzkowitz (2013) and Cai (2015).

1. Competencies of universities in knowledge and technology generation and diffusion.
According to Ranga and Etzkowitz (2013, p238), ‘the main function of a Triple Helix system is seen in a broader sense, that of generation, diffusion and utilization of knowledge and innovation’. Thus it is very important that there are competent knowledge providers in a region for dynamic innovation systems.

2. Absorptive capacity and demand of industry and innovator for knowledge and technology.
Ranga and Etzkowitz (2013) suggest another condition for the Triple Helix system is that industry and individual innovators must have high demand for knowledge and technology and absorptive capacity. The latter is defined as a firm’s ‘ability to recognize the value of new information, assimilate it, and apply it to commercial ends’ (Cohen and Levinthal, 1990, p128).

3. Supportive infrastructures,including policy and fiscal measures for formation and development of high-tech start-ups, university spin-offs, and other kinds of organisations for university technology transfer.
These are the catalyst and lubricant to facilitate the Triple Helix interactions.

4. Institutional entrepreneurs who enunciate a vision for knowledge-based development and bring leadership of the three spheres together.
Institutional entrepreneurs refer to those who not only initiate diverse changes in the institutional environment but also actively participate in the implementation of such changes (Battilana, Leca, and Boxenbaum, 2009). Although not using the concept of institutional entrepreneur, Ranga and Etzkowitz (2013) argue that there must be available both individual and organisational innovation actors within or across the three spheres of university, industry and government, as well as an innovation organiser ‘who typically occupies a key institutional position, enunciates a vision for knowledge-based development and has sufficient respect and authority to exercise convening power to bring the leadership of the institutional spheres together’ (p242).

Since Ranga and Etzkowitz (2013) mainly seek to describe generic features of Triple Helix systems, they have not touched upon how political and socio-economic contexts might affect Triple Helix activities. Indeed, one criticism of the Triple Helix is that the model has paid little attention to national contexts (Balzat and Hanusch, 2004; Shinn, 2002, p610) and other social settings (Cooke, 2005, p1130).

1. Consensus on knowledge as the key to economic growth.
This corresponds to the consensus space as descried by Ranga and Etzkowitz (2013). In many Western countries, there is a broad social consensus that economic competition depends on the creation of new and better technologies/products as the supporting logics for Triple Helix development.

2. Market orientated culture.
Taking the role of the other is mainly driven by the institutional order of market, in which the fundamental norms are concerned with self-interest and profit seeking. To increase their revenues, universities directly engage in business activities, such as selling education and research services, and setting up university-owned companies. Meanwhile, companies establish corporate universities to develop the skills of their professionals and managers for the needs of company development. Government also offers venture capital to help start new enterprises to promote regional economic growth. To adapt to the new functions, each sector has to be more innovative in developing innovative organisational structures and strategies.

3. Process oriented knowledge management in knowledge production.
While Triple Helix is for fostering innovation, ‘the innovation process is highly dependent on the knowledge accumulation and learning processes in the organisation’ (Lopperi and Soininen, 2005, p4). To ensure knowledge accumulation and learning from existing knowledge, it is important to apply ‘process management’ which ‘involves adherence to routines through the adoption of standardised best practices throughout an organisation’ and ‘ensures that organisational processes are repeated, allowing for continued efficiency improvements’ (Benner and Tushman, 2002, p678).

4. Intellectual property (IP) protection.
The most crucial development in Triple Helix inter- organisational relations is the cooperation and interaction between university and industry, founded on trust between the two parties. The trust is largely guaranteed by a mature institutional context for IP protection.

5. Civil society.
According to Etzkowitz (2008, p62), effective interaction between the three spirals is also contingent upon broad social participation, including both top-down and bottom-up initiatives. As such, the Triple Helix model can best be developed in a civil society which allows free mobilisation and organisation, debate and initiatives, and hence encourages diverse sources of innovation. He further implies that successful Triple Helix operation is not solely coordinated entirely by the state, but also depends on the commitment at the local level and the inputs of a variety of innovation actors.

6. Sense of competition.
The institutionalisation of the Triple Helix may take many rounds of revisions and adjustments based on feedback from those involved. The importance of feedback loops in the evolution of the Triple Helix has been pointed out by Viale and Pozzali (2010, pp583-584): When a government tries to promote university and industry cooperation by introducing financial incentives for relevant participants, the effect is determined by either positive or negative feedback generated by the impact of these incentives on the behaviour of the actors concerned; while negative feedback tends to produce resistance to change and leads to inertia, positive feedback shakes the stability of the status quo and catalyses change. Thus the Triple Helix is likely to develop in competitive market systems, where feedback mechanisms are well developed.

7. Democracy in decision making.
To effectively adopt the feedback from participants in the policy
-making process it also requires a political system in which social groups and individuals involved in and affected by a policy programme have a chance to influence the policymaking. As noted by Carayannis and Campbell (2012, p3): ‘democracy shapes and drives government, academic, and industrial policies and practices and where a proper calibration of the issues addressed and the frequency modulation of the feedback received via [a democratic action] allows for higher order learning to impart intelligence and enact wisdom in choices and initiatives’.

IMPLICATIONS OF THE ENABLING CONDITIONS FOR REGIONAL INNOVATION POLICY ANALYSIS

The enabling conditions identified in our study are necessary conditions for a successful regional Triple Helix system (or regional innovation system) development. To what extent an ideal model of Triple Helix will be achieved depends on how policy-makers and practitioners can make full use of existing conditions and deliberately change some immature conditions. Nevertheless, the analysis of these conditions through the lens of institutional theory provides a solid basis for policy-makers to better design innovation policies that match the Triple Helix approaches and local conditions. This will be especially useful for developing and transition regions still seeking optimal operational models to streamline the relationships between university, industry and government. Before borrowing experiences and models from developed regions, they must carefully examine whether some conditions in developed countries do not exist in their areas and learn how to modify role models in their local environment.

Thus, we project that an analytical framework for understanding the role of innovation policy in fostering regional innovation system development could be constructed by using enabling conditions as a benchmark. Then policy analysis will be centred on how policy influences these conditions.

Battilana, J, Leca, B and Boxenbaum, E. (2009) How Actors Change Institutions: Towards a Theory of Institutional Entre- preneurship. The Academy of Management Annals, 3(1), 65-107.

Edquist, C. (2001) The systems of innovation approach and innovation policy: an account of the state of the art. Paper presented at the the DRUID Conference, Aalborg. www.druid.dk/conferences/ nw/paper1/edquist.pdf

Etzkowitz, H and Leydesdorff, L. (2000) The dynamics of innovation: from National Systems and “Mode 2” to a Triple Helix of university-industry-government relations. Research Policy, 29(2), 109-123.

Leydesdorff, L. (2012) The Triple Helix, Quadruple Helix, …, and an < i >N -Tuple of Helices: Explanatory Models for Analyzing the Knowledge-Based Economy? Journal of the Knowledge Economy, 3(1), 25-35.

Shinn, T. (2002) The Triple Helix and New Production of Knowledge: Prepackaged Thinking on Science and Technology. Social Studies of Science, 32(4), 599-614. 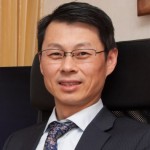 YUZHUO CAI is a senior lecturer and adjunct professor, Higher Education Group (HEG), School of Management, University of Tampere, Finland, and was acting professor of the unit from August 2013 to July 2014. He is a guest professor at the Institute of International and Comparative Education, Beijing Normal University, China and one of the two founding members of the Chinese Education Research and Exchange Centre (CEREC) at the University of Tampere, the first centre specializing in Chinese education research and educational cooperation with China in continental Europe. He is co-convener of the Thematic Research Group on ‘Entrepreneurial Universities’ in the Triple Helix Association. His main teaching and research areas are organization theory, higher education policy and management, internationalization of higher education and innovation studies, with extensive publications in these fields. He holds a PhD degree in Administrative Sciences and two Master’s degrees respectively in Comparative and International Education and in Psychology. 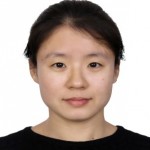 CUI LIU is a lecturer, Department of Architecture, Zhejiang University, China. She is also a professional architect and urban planner, and obtained her PhD in Spatial Planning and Urban Development in Polytechnic of Milan, Italy and her master and bachelor degrees in Architecture at Tongji University, China. Her research interests include university engagement in regional innovation system, socio- spatial interrelations and the spatial dynamic models. She has been engaged actively in many architecture and urban design projects. 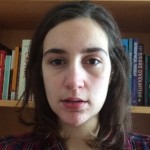 RHIANNON PUGH is a research fellow, Department of Social and Economic Geography, Uppsala University, Sweden. She holds a PhD from Cardiff University School of Planning and Geography and a first in geography from the University of Cambridge, and has worked previously at Lancaster University Management School. Her research interests are in the governance of regional economic development, specifically innovation policy and the roles of universities in their regions.
News