The role of each country in the world economy and politics of the XXI century is defined by its application of high-technologies – strategic indicators of the economical, political, defense power, and national status of the country in the world. During the transition of the world economy to the sixth technological cycle, Russia must choose the technologies and sectors where the country has competitive advantages and process stocks. In order to identify these technologies indicators of innovative activities should be used.

Technological regimes are characterized by continuous periods of economic growth through sustainable changes in production. Successive substitution of technological cycles is implemented via investment back-logs and the creation of leading scientific, technical, and engineering technologies – important strategic resources of the state economy. One of the key factors of economic superiority is commercialization of innovations (intellectual property and intangible assets).

The present study aims to research two major issues: the development of a system of indicators for the analysis of the economic situation during the dominant and emerging technological cycles, and building a neural network model of techno-economic development on the basis of selected indicators. The present article focuses on the first task. The authors suggest that based on world developments of long-term forecasting models of economic growth, an enhanced system of technical-economic development can also include a group of innovation indicators.

2. THE DOMINANT AND EMERGING TECHNOLOGICAL CYCLES

Fifth technological cycle (estimated 1985-2035) is based on the achievements in the field of electronics and microelectronics, nuclear energy, information technologies, genetic engineering, the beginning of nano-and biotechnologies, space exploration, satellite communications, video and audio equipment, the Internet, cell phones, globalization with rapid moving of products, services, people, capital and ideas [6].

The essential characteristic of the process technological cycle rotation: discovery, invention starts much earlier than mass development and application. So far, the origin is in one technological cycle and the massive use in the next one. This is reflected in the structure of national economies: the transitions between technological cycles are characterized by a coexistence of different technological structures in each historical period. Thus, what concerns the Russian economy is that the equity contribution is still in mining, metallurgy, and transport (Figure 1).

Figure 1
Investments in core capital divided by sector of business activities
(excluding the production of weapons and ammunition) in Russia from 1992 to 2011, %

At a time when the next technological system reaches maturity, the investment in the previously attractive areas becomes unprofitable. For investors, the real surprise is always there; in those moments financiers don’t understand where to invest resources. The transition to a new long wave of the economic development happens only a few years after the investor becomes aware of where to invest, and science has to offer a set of new technologies. It takes some time until the capital finds application in industries of a new technological regime. In other words capital moves to new technological sectors of the economy, in which the management is ready to be moved [6].

Russia still has an opportunity to bet on new technologies of the sixth wave. Those who catch this wave get enormous profits and the intellectual rent is used to build up competitive capacities. From a technological point of view it is necessary to rely on advanced development [10].

Countries which actively develop and implement technologies a new way, are the leaders (England – 2nd regime, the USA, Japan, Korea – 4th regime, the US, China, India – 5th). Russia was one of the technological leaders during the period of the Soviet Union – in the 4th regime (from 1930 to 1970) together with the US, Western Europe, and Japan.

According to Sergey Glazyev, the sixth technological regime is based on a complex of industries based on information and communications, nano- and biotechnologies, genetic engineering and molecular biology. Progress in the field of solar cells using nanotechnology is already reducing the unit cost of power generation to the level of thermal power plants. What’s more, sunlight resource is virtually unlimited. Obviously, with the change of the energy structure of the world economy, Russian specialization on oil exports and raw materials would be ineffective [3,4].

In the 1930s, Russia used the theory of Nikolay Kondratiev for the dynamic development of the economy. ‘Catching’ the fourth technological wave the USSR was in the lead, which allowed it to be in the forefront of the fifth technological regime (the first artificial satellite, the first man in space). This theory has helped the developed countries of the West, and then the Asian «dragons», to make an innovation breakthrough and be significantly ahead of the rest of the world. Today it is time for the ideas of Nikolay Kondratiev to be the key for successful innovation and the technological leap of Russia in the XXI century [1,2].

In terms of efficiency the most promising solution of the forecasting problem is the neural network. Cognitive science (or neuroscience) and «smart» systems (interdisciplinary research on a wide range of problems associated with mental activity) are the main challenge and direction of development of basic science of the XXI century.

Currently the most powerful tool for long-term forecasting is computer-based simulation methods using mathematical macro models, which can objectively describe the dynamics of techno- economic development. Such macro models are developed by individual scientists or research teams, as well as large consulting and analytical centers and investment companies offering professional services in the field of consulting and auditing [11,12].

In the framework of the present study, the results of expert seminars as well as the remote expert evaluation have been used. An automated information system consisting of modules implementing various classification methods for accuracy of the forecast improvement and the algorithm of construction of neuro- fuzzy decision tree, as an evolutionary methodology for solving classification problems with adaptation parameters using neural network modeling, has been developed.

A necessary condition for the stable functioning and development of the economy is an effective innovation policy, leading to an increase in production, the growth of national income, and the development of industries and enterprises. However, the fact is that the expenditures and revenues are deferred to future periods and are forward looking. Uncertainty of future results depends on economic factors (market fluctuations, prices, exchange rates, inflation, etc) which are not influenced by the efforts of investors, and a sufficient number of non-economic factors (climatic and environmental conditions, political relations etc), which cannot always be accurately assessed [9,13].

Therefore, standard macroeconomic indicators were supplemented by our research group with indicators of innovation capacity and performance balance of technological structures of the national economy (see Table 1).

Also, the indicators which can help researchers to identify trends and signals of growing technological breakthroughs via implicit and indirect signs are of interest. The proposed additional indicators of evaluation of innovative potential are:

Thus, taking into consideration the analysis of global forecasts, the segments of the market which could be of interest for Russia are to be identified, and the key players as well as the future technologies, including new products and services in the long term are to be defined.

Understanding the patterns of change in technological regimes can help to create a model of the current macroeconomic processes. Key economic and scientific-technical indicators can be used for estimating existing and emerging technological cycles in different countries. Thus, it is advisable for Russian analysts and economists to consider the countries, experience of which for various reasons is close to Russia, in the context of their innovation policy.

In the 1990-2000s, new technologies have changed the structure of the technological way, creating breakthrough industries. Empirical studies show that the integration of new countries in the number of technically advanced, as a rule, happens in the growing period of the next technological cycle. An innovative project in Russia is focused on advancing the research and implementation of technologies sixth of the technological cycle, with the acquisition of the missing necessary technologies of the fifth one. It is necessary to take into account the indicators of innovation capacity and develop an enhanced system of techno-economic development.

The key direction of the further research is collaboration with overseas experts in order to extend the number of additional indicators of evaluation of the innovative potential and their assessment in the context of science, technology and innovation policies.

The study was carried out within the framework of the competitive development program of Tomsk State University. 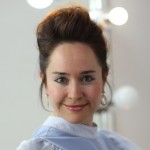 Her areas of expertise include international business, support for research projects in R&D companies, and teaching; and her key research interests are foresight technologies, indicators of innovation potential, priority guidelines in science and technologies, international experience of cost estimating of information systems and resources for monitoring and foresight.