Europe’s fragility has been exposed by a succession of crises from the 2008 financial debacle, onwards. Many putative Europeans questioned whether they wanted “less, more or any” Europe, as “Brexit” and similar de-accession movements gained purchase. The “Ecosystem Challenges in the Era of Crises” poster elicits controversy and debate over its Rorshach test-like fragmentation image. Only a few years ago, academic observers hailed the introduction of the euro currency as an augur of peace and prosperity. The monetary union, culmination of an evolution from the early post-war European Coal and Steel Community, was designed to consolidate the achievements of the industrial era. At the same time, integration was expected to suppress chauvinistic nationalist movements and worse that had scourged European Civilization in the early twentieth century. A top down highly bureaucratic overlay on nation states was designed to gradually induce cultural harmony through mobility programs that encouraged intermingling and inter-marriage, hopefully producing new generations of Europeans. 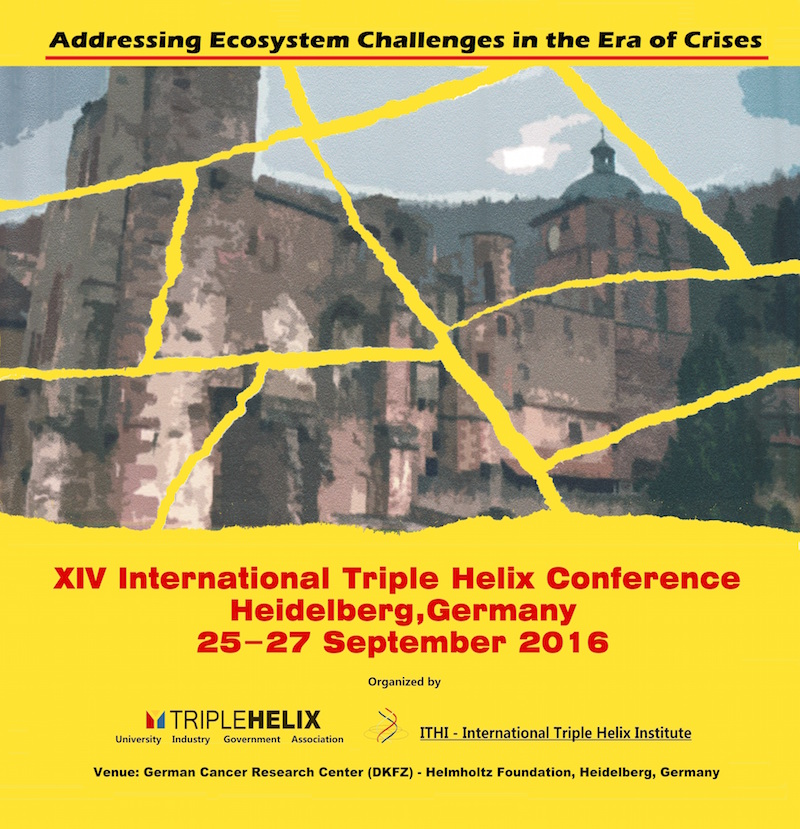 A European Triple Helix existed in potentio, lacking sufficient impetus to unite lateral interactions with, bottom-up-top down dynamics, in practice. Rather, Triple Helix praxis began in New England, the first industrialized US region, in the same era that witnessed the stirrings of National Socialism in Germany. By better understanding the origins of a positive development, such as the New England phenomenon that produced an early working model of the knowledge based innovative region, we may be more likely to replicate the processes that produced its successes. Hannah Arendt produced a magisterial work on totalitarianism that did the job for the negative dialectic (Arendt, 1951; Adorno, 2003). Herewith, a call for the Triple Helix community, through comparative analysis of developments, like the Brazilian communitarian universities that are apparently linked to particular cultural and political regions, to discern their potential for replication and adaptation; much as the New England phenomenon was transferred and partly independently invented in northern California as Silicon Valley.