From 14-19 December 2015, the Faculty of Economics at Moscow State University organized Innovation Week, dedicated to the sixtieth anniversary of the Department of Economics of Innovation.

During the six day event, 200 experts and representatives of higher education institutions discussed the model of interaction of science and business at universities, as well as their role in the implementation of the National Technology Initiative (NTI), whose aim is technology leadership of Russia in 2035. 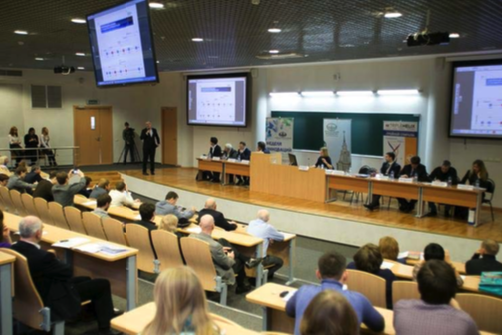 At the opening ceremony Professor Ivashchenko Natalia, Deputy Dean of the Faculty of Economics of Moscow State University and Head of the Department of Economics of Innovation, expressed the hope that Innovation Week would become a platform for Russian partners to promote knowledge development and spillover from Universities to the regional innovation system. 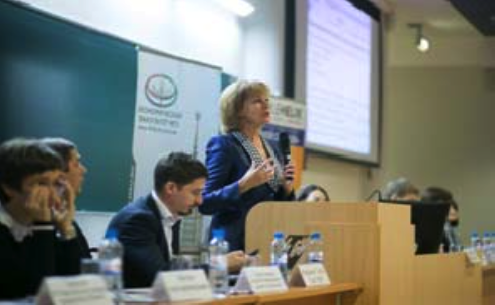 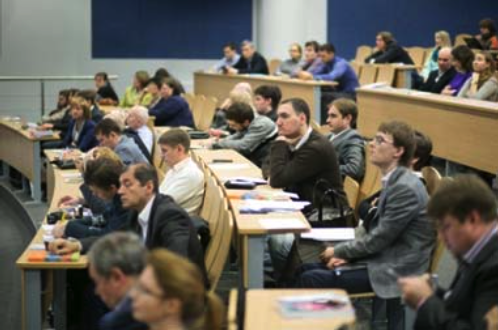 The opening was followed by a round table discussion on ‘The role of universities in the implementation of STI’, where the image of the university was discussion, working in the interests of STI. The key topics of discussion were the mechanisms for effective inclusion of STI into universities and related expectations, as well as co-benefits and risks for the university system.

The official launch of the THA Russian Chapter took place during the first day of the event. The Chapter aims to support the interaction among science, represented by the University community , with businesses and the government.

THE THA RUSSIAN CHAPTER IN INDIA

The Executive Director of the TH Russian Chapter , T atiana Pospelova, represented the THA in the US delegation from HAAS during a meeting with the President of India.

On 17 December 2015 at the Rashtrapati Bhavan presidential residence (New Delhi) there was a meeting dedicated to an building innovative elevator between the US and India. During the official visit the ES delegation:

They discussed joint educational programs with an entrepreneurial bent, cooperation with international universities, and work with foreign professors and practitioners.

Some of the quotes from the President’s speech include

“Asia is experiencing great changes at the moment. Africa is catching up as well. We have already begun to implement innovational methods into practice”

“Open Innovations and Triple Helix models are a path of future, knowledge and changes; it is a driver of economic growth. ”

“Innovations are a new path of the development of the ecosystem”

“The time of local changes has passed. If countries wish to achieve economic success, they have to think on a global scale, and globally unite the higher school and entrepreneurship. Those are the universities, which take the leading positions in this process.” 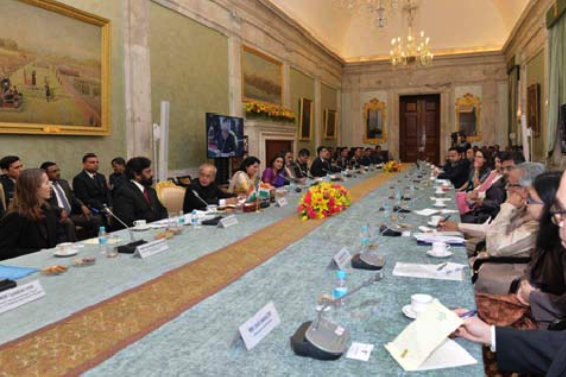