This year’s Triple Helix XI V International Conference will be organized directly by the TH A in cooperation with the International Triple Helix Institute of Palo Alto and with the support of the German Cancer Research Center (DKFZ) – Helmholtz Foundation in Heidelberg (Germany) on 25-27 September 2016 with the main theme being:

Triple Helix Models of Innovation: Addressing Ecosystem Challenges in the Era of Crises

The call for papers is open and up-to-date with sixteen tracks that will enhance discussions and bring together key actors from the fields. Plenary discussions will focus on how T riple Helix solutions emerge in crisis situations. The proliferation of several crises situations around the world – financial, economic, political, environmental, social or epidemiological crises – challenge reliable and controlled processes and establish a troubleshoot mode of governance, opening space for new forms of coalitions.

We are expecting top-class speakers and participants from around the world to cover themes like the following:

The conference will focus on the drivers for innovation performance in Germany. Practitioners, policy makers, and academics will discuss how the German ecosystem is shaped, the role in the world and Europe as well as what can we learn from the interplay between the German federal state and the provinces, especially with a focus on Baden- Württemberg, as one of the most innovative and high-performance research areas in Europe.

We will have a special session regarding the history of the Triple Helix through the eyes of former hosts! We are expecting companions of the last years to tell their stories and see what developments took place around the world after having encouraged the T riple Helix model.

In addition to plenaries, workshops, and parallel sessions, this year we will design new and creative forms of discussion and debating – be in for a surprise!

Furthermore, we invite you to an attractive social program in the area of Heidelberg, the home of the oldest universities in Europe (founded as early as 1386). Among other events you will have access to visit the Heidelberg Castle, to walk through the old town of Heidelberg, and to participate in one of the informal discussion evenings at the Max- W eber – Haus named after the famous German sociologist, philosopher , and political economist.

To join this global professional community, and explore the regional context for excellence in science, technology , and innovation, please look at our deadlines for submission of abstracts and registration.

Our intellectual enterprise is open for further innovation beyond the tracks for scientific papers and experience-based cases. In the abstract submission system, we have created a special facility ’OTHER E VEN TS’, where we welcome your innovation ideas for further interactive sessions, demonstrations, and debates.

We truly believe that the bottom-up approach to open science inspired by the Triple Helix evolutionary model and the fundamental organizational form of The Creative Commons has future, and we would like to invest in this future. 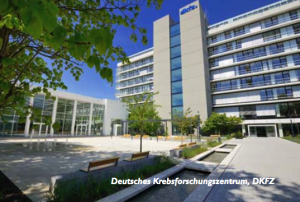 Our host, the German Cancer Research Center (Deutsches Krebsforsch- ungszentrum, DKFZ) is the largest  biomedical research institute in Germany and a member of the Helmholtz Association of National Research Centers. It has a modern educational and research environment with over ninety divisions and research groups, and more than 2,700 employees, of which more than 1,200 are scientists, investigating the mechanisms of cancer, identifying cancer risk factors, and trying to find strategies to prevent people from getting cancer. The scientist teams at DKFZ are developing novel approaches to make tumor diagnosis more precise and treatment of cancer patients more successful. In 2008, a very special distinction was the Nobel Prize in Medicine awarded to Professor Harald zur Hausen, and in 2014, for the second time, a researcher at the DKFZ was awarded the highest distinction in science: Professor Stefan W Hell was awarded the 2014 Nobel Prize in Chemistry for his pioneering work in the field of ultra-high resolution fluorescence microscopy.

The Rhine-Neckar metropolitan region offers not only strong business partners, but also a superlative scientific environment. T oday , around 95,000 students are enrolled at the region’s twenty-two institutes of further education. Fifteen Nobel Laureates have a close connection with the region. National and international rankings bear testimony to the excellent standards of the region’s academic establishments. In the MRN, the number of people employed in the field of research is more than double the German average. 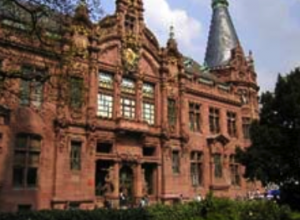 Heidelberg is considered one of the most beautiful cities in Germany. Especially the castle, the Old Town, and the River Neckar surrounded by hills, which inspired the poets and artists of romanticism, and still fascinate millions of visitors from all over the world today. But there’s more to Heidelberg than romanticism. Heidelberg is a city of science. It is home to Germany’s oldest university, as well as to numerous others, and to a host of internationally renowned research institutes and research-based companies. The International Building Exhibition shows the city and the scientific community working together even more closely in the future. The University of Heidelberg, founded in 1386, is the oldest in Germany. As recently as June 2012, Heidelberg University was again awarded ‘elite establishment’ status under Germany’s Excellence in Higher Education initiative.

World cultural heritage sites (the Abbey of Lorsch, the Limes, Speyer Cathedral), together with more than 200 fortresses, cathedrals and castles (among them world-renowned places of interest such as castles at Heidelberg, Schwetzingen and Hambach), bear witness to an eventful past. Top-class festivals, eighty-one theatres, cabaret and other stage venues, as well as over 200 museums, provide for cultural highlights.

DEADLINES FOR SUBMISSION OF ABSTRACTS

Results of the review process will be communicated to authors approximately by 15 April 2016 and 30 May 2016 respectively.