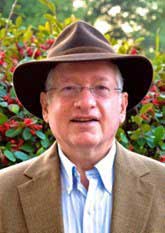 Henry Etzkowitz is a scholar of international reputation in innovation studies as the originator of the ‘Entrepreneurial University’ and ‘Triple Helix’ concepts that link university with industry and government at national and regional levels. As President of the Triple Helix Association (THA), he is at the center of a unique international network of scholars and practitioners of university-industry-government relations. Henry is the co-founder of the Triple Helix International Conference Series, which has produced a series of books, special journal issues and policy analyses since it started in Amsterdam, 1996. He is Editor-in-Chief of the Triple Helix Journal.
Henry is Visiting Professor at the University of London, Birkbeck, CIMR; and Special Advisor to the Shandong Academy of Sciences, PRC. From 2009, Henry is affiliated with Stanford University as a fellow of the Clayman Institute for Gender Research, and then H-STAR, currently Science, Technology and Society (STS) where he will offer a seminar on Triple Helix innovation and entrepreneurship in spring 2017. Prior to coming to Stanford, he held the Chair in Management of Innovation, Creativity and Enterprise at Newcastle University Business School, UK. He received a BA in History from the University of Chicago, PhD in Sociology from the New School for Social Research, and Phd Hon in Engineering from Linkoping University. 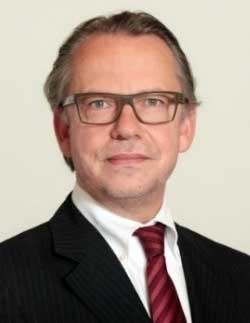 Hans-Peter Hiepe has been with the Federal Ministry of Education and Research for twenty-five years. The range of topics in his first years were in the fields of vocational training and higher education development, among others. He has lead the Department ‘Regional innovation initiatives; New Länder’ within the strategy department of the Ministry for nearly fifteen years. The particular emphases of his work is the promotion of business start-ups from science, and the region-oriented innovation policy; for example, he has developed the program ‘exist – Start-ups from Universities” (today BMWi), and the ‘BMBF Innovation Initiative for the New Länder – Unternehmen Region’. This includes the new program ‘Zwanzig20 – Partnership for Innovation’. This year he has the task to enhance ‘Unternehmen Region’ to a Germany-wide innovation funding concept ‘Structural Change’.
Dr Dimitri Corpakis 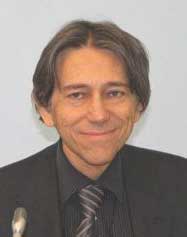 Dimitri Corpakis, an engineer by training, has to date more than thirty years’ experience in European affairs. He has worked in many EU policy areas including Education, ICT, Social Sciences and Humanities, and Regional Innovation Ecosystems with an emphasis on interactions and synergies between the Union’s Research and Innovation and Cohesion Policies (European Structural and Investment Funds). In recent years, he led the European Commission’s DG Research’s Unit on the Regional Dimension of Innovation (now called Spreading Excellence and Widening Participation) managing the FP7 Programmes on the Regions of Knowledge and Research Potential, building links with the Union’s Cohesion Policy, with a strong focus on developing Research and Innovation Strategies for Smart Specialisation (RIS3), ensuring the Commission’s link with the Joint Programming Initiative Urban Europe and managing actions on closing the innovation divide (new Horizon 2020 Part IV on Spreading Excellence and Widening Participation (Teaming, Twinning and ERA Chairs).
Professor Christoph Kratky 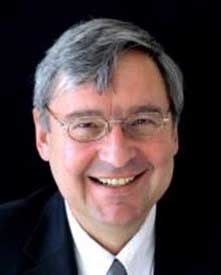 Christoph Kratky is a member of the International Expert Commission for the Evaluation of the German Excellence Initiative (a 4.6 billion research investment program). He was President of the Austrian Science Fund from 2005 to 2013 and Professor of physical chemistry, as well as group leader for structural biology, at the Karl Franzens University in Graz, since 1995. He holds a degree in Chemistry from the (ETH) in Zurich, and was PostDoc at Harvard University. He was involved in research activities at the working group for structural molecular biology at the Max Planck Gesellschaft in Hamburg, and in 1994, and was a visiting professor at the Institute for Organic Chemistry at the University of Innsbruck. His multiple awards and prizes include the silver medal of the ETH Zürich, the Felix-Kuschenitz-Prize of the Austrian Academy of Science, and the Sandoz-Price. Since 1998 he has been a full member of the Austrian Academy of Science.
Professor Lena J Tsipouri 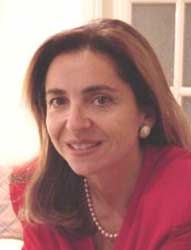 Lena J Tsipouri is Professor of Economics at the University of Athens, Department of Economic Sciences, and senior researcher in the Centre of Financial Studies of the same Department. She studied Economic Sciences at the Universities of Athens and Vienna, completed her PhD (Doctorat d’ Etat), at the University of Paris II, and undertook postdoctoral research with a Fulbright Fellowship at MIT, Cambridge, Massachusetts. Professor Tsipouri is currently a member of the Research, Innovation and Science Policy Experts (RISE) High Level Group of the European Commission advising the Commission on Research and Innovation. She has been a member of a large number of evaluation panels working for the Commission, and a member of several professional associations. She has undertaken consulting work mainly in the areas of research and innovation policy, regional development and economic cohesion, participating in related projects and networks focusing on policy design, implementation, and evaluation, for EU institutions, the OECD, and the UN. Her most recent publications are in the area of start-ups and responsible research and innovation.
Professor Mariza Almeida 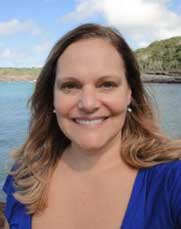 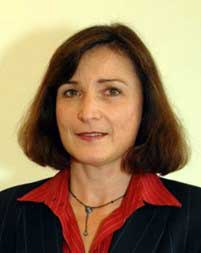 Emanuela Todeva, formerly Reader in Comparative Business Development and Senior Lecturer in International Business Strategy at the University of Surrey, UK, is now directing the Research Centre for Business Clusters, Networks and Economic Development. Emanuela has worked in the fields of organisation theory, public administration, behaviourism, institutionalism, globalisation and co-evolution theory. She is a leading consultant on cluster mapping and internationalization of value chains, biopharma clusters, governance of innovation, science parks, intermediation and facilitation of knowledge transfer, structure and integration of national innovation systems, cooperative business strategies, alliances, and multi-stakeholder partnerships. Her book on ‘Business Networks: Strategy and Structure’ has received popularity among academics and business practitioners, alongside her research on new technologies and restructuring of business networks in transition economies. Dr Todeva is now leading projects on smart specialization and integration of European value chains, regional innovation systems, and multi-stakeholder governance. She is a Visiting Professor at University of Sao Paolo in Brazil, and Senior Consultant to the European Commission, Institute of Prospective Technologies, OECD, and IDB, with commissioned work on evaluation, capabilities mapping, institutional assessment and other development work.
Professor Calestous Juma 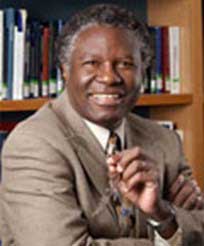 Calestous Juma is Professor of the Practice of International Development and Director of the Science, Technology, and Globalization Project at the Belfer Center for Science and International Affairs and Faculty Chair of the Mason Fellows Program. He also directs the Center’s Agricultural Innovation Policy in Africa Project and Health Innovation Policy in Africa projects funded by the Bill and Melinda Gates Foundation. He serves as Faculty Chair of the Edward S Mason Fellows Program, as well as Faculty Chair of the ‘Innovation for Economic Development’ and ‘Technology, Innovation and Entrepreneurship in Africa’ executive programs. He is a former Executive Secretary of the UN Convention on Biological Diversity and Founding Director of the African Centre for Technology Studies in Nairobi. He co-chaired the African Union’s High-Level Panel on Science, Technology and Innovation, and was on the jury member of the Queen Elizabeth Prize for Engineering. He has been elected to several scientific academies including the Royal Society of London, the US National Academy of Sciences, the World Academy of Sciences, the UK Royal Academy of Engineering, and the African Academy of Sciences. He has won several international awards for his work on sustainable development.
Dr Kamila Markram 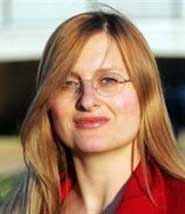 Kamila Markram is a neuroscientist, autism researcher, and co-founder and CEO of Frontiers, a leading open-access academic publisher and research network. Kamila graduated in psychology from the Technical University Berlin in 2003. She did her diploma thesis work at the Max-Planck Institute for Brain Research in Frankfurt. She obtained her PhD degree in Neuroscience at the Brain Mind Institute (BMI) at the Swiss Federal Institute of Technology in Lausanne (EPFL) in 2006, where her work in the Laboratory of Behavioral Genetics focused on molecular alterations involved in emotional learning and characterization of a rat model of autism. She then joined the Laboratory of Neural Ensemble Physiology at the BMI, EPFL as a post-doc, where she continued working on autism using parallel multi-electrode, multi-site recordings in a rat model to unravel the brain circuit alterations underlying autism. Since 2008, she is the autism project group leader in the Laboratory of Neural Microcircuits, BMI, EPFL. Together with Henry Markram, she co-developed the ‘Intense World Theory of Autism’ which proposes that many symptoms of autism may be secondary to exaggerated fear memories and an overly intense world.
Professor Henry Markram 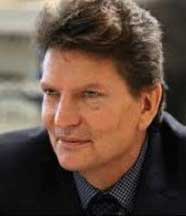 Henry Markram is a full professor at the Ecole Polytechnique Fédérale de Lausanne (EPFL), Switzerland. He obtained his PhD in neuroscience at the Weizmann Institute. Is a co-founder of Frontiers, and has published over 130 papers, and has received numerous distinctions, awards and prizes (1991), completed postdoctoral work as a Fulbright Scholar at the NIH (1992) and as a Minerva Fellow at the Max-Planck (1994). He started his lab at the Weizmann in 1995, spent a year sabbatical research at University of California San Francisco (2000), moved to the EPFL to found and direct the Brain Mind Institute (2002) and founded and currently directs the Blue Brain Project (since 2005) at the EPF aimed at developing the tools and strategies required to systematically reconstruct and eventually simulate the human brain. He founded the Human Brain Project (HBP), which has evolved into the European brain initiative, a program to develop IT
News