The Triple Helix Association celebrated the 20th Anniversary of the Triple Helix Professional Community at the 14th International Meeting in Heidelberg. 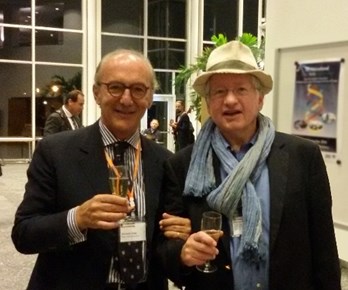 Since the first Triple Helix Conference held in Amsterdam in 1996, practitioners and academics have been working together debating on collaborative models and pathways for innovation for prosperity.
The 14th International Triple Helix Conference was held on 25-27 September 2016 in Heidelberg, hosted by the German Cancer Research Centre (DKFZ). The conference assembled over 150 scholars and practitioners from thirty-two countries around the world who focused their discussion and intellectual contributions on Triple Helix Models for Innovation Addressing Ecosystem Changes in the Era of Crisis.
The opening plenary raised a number of questions on the multiple global crises and searching for solutions. Dr Dimitri Corpakis, Dr Thomas Kirchhoff, and Laura Henderson, all reported efforts by companies, governments, and individual citizens to contribute to emerging solutions through collaboration, consensus and open space. 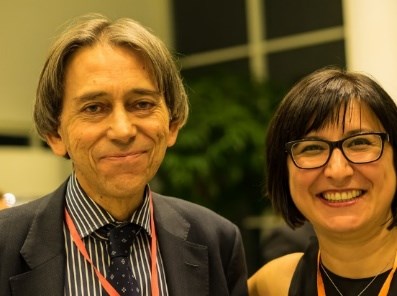 The discussions were organised into fifteen scientific tracks, three plenaries, three panel discussion forums, two roundtable discussions, and special events. The scientific tracks were moderated by leading academics and practitioners in each field.
Among the most popular tracks were: Boosting innovation and growth through university industry co-creation; Entrepreneurial university and its socio-economic impact; Science parks and incubators new frontiers; Innovation clusters and cluster initiatives as practical implementation of triple helix cooperation; Social innovation and the role of universities; Business led triple helix; and Individuals in the triple helix.
Other popular tracks marked emergent and consolidated fields in Triple Helix research with a focus on Advancing new models and tools for knowledge transfer and Gender, entrepreneurship and diversity. 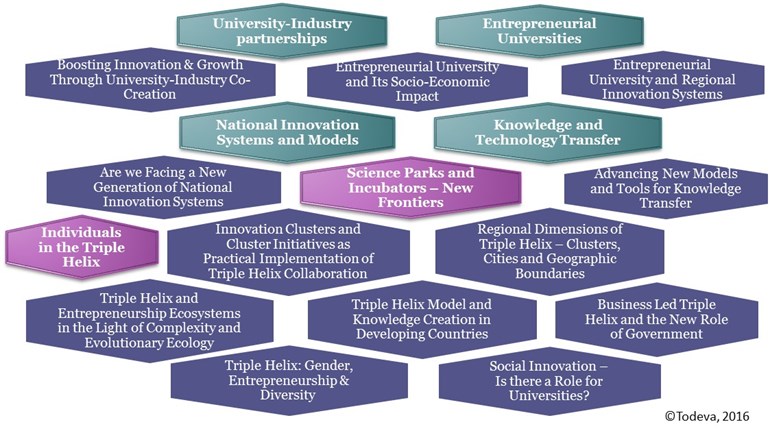 A special thanks to all track conveners who moderated the selection process and the discussions during the conference:

Special Thanks to the Conference Host: The German Cancer Research Institute (DKFZ)

The Conference host, the German Cander Research Institute (DKFZ), provided an excellent environment for high quality presentations, and the speakers and moderators ensured sufficient time for rich and insightful conversations. 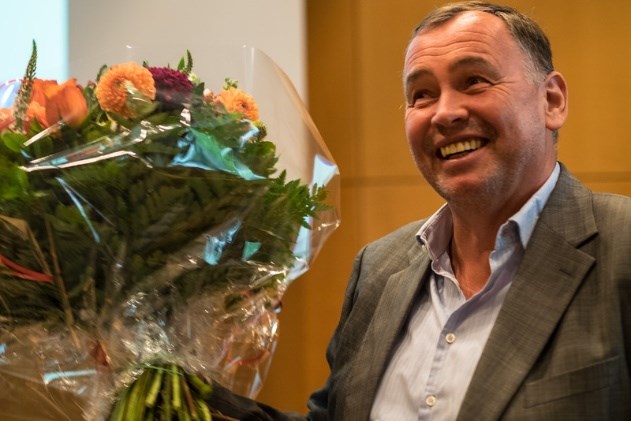 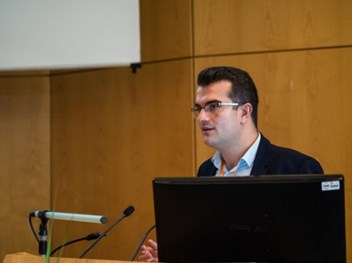 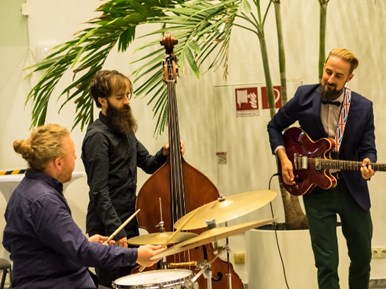 The Conference Gala Dinner was ‘crowned’ by the sound of the jazz band.

Among the highlights of the conference were: the panel discussions on Innovation in RHINE-NECKAR Metropolitan Region, and the Plenary on the German Innovation System, which independently confirmed that the strength of German industry rests upon effective collaboration between firms and a multinational pool of scientists attracted by the strong research infrastructure in Germany. Active brokers in this dialogue, such as the InnovationLab Heidelberg, confirmed that ‘if you host the most advanced technology equipment you will attract the best knowledge capacity’.
Dr Martin Raditsch highlighted how mobile are these transformational capabilities in the context of global production networks – an observation echoed also by the presentations at the roundtable on Global Science ‘Scapes’. 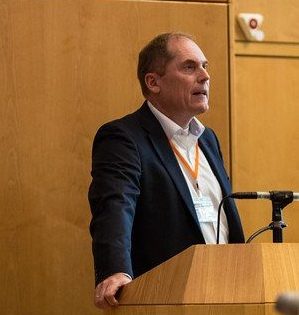 The question of the plenary Innovation in Germany – Doing Good but Can We Make It Better? did not really produce an answer, due to the positive results generated by extra funding in research and strengthening innovation capacity. Germany is at the top in the world on technology transfer in some fields such as manufacturing 4.0, machine tools and robotics. The German system, however, is dual: on one side is the frontier research at Max Planck and the effective knowledge transfer at Fraunhofers, but on the other side is the below average academic university system. 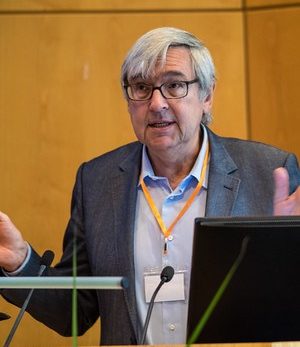 Professor Kratky Commission for the Evaluation of the Excellence Initiative

Although, the institutional funding in Germany does not produce a significant impact on the global ranking of German Universities, it clearly has enhanced the scientific capabilities of the leading research institutes, which feed effectively into the global competitiveness of the German economy. It seems that effective linkages across the government-industry-education and research spaces can support growth and prosperity without an explicit reference to the Triple Helix model.
The panel discussions on Policy-Driven Analysis of the National Innovation Systems in Europe, and the Role of the European Commission JRC Research and Innovation Observatory (RIO) revisited the same questions and raised further doubts whether scattered pockets of Excellence in Europe can drive regional economic growth without active Triple Helix constellations, participatory platforms and global linkages. 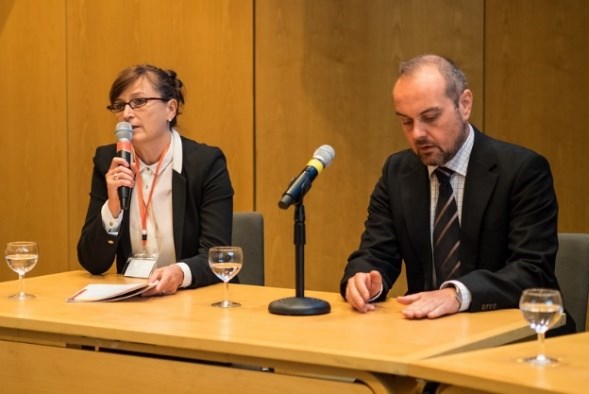 The conversation then continued to explore whether and how smart specialisation strategies can affect positively regions and economic growth, where we heard from Smart Cities, Smart Regions and Smart Materials, about the challenges to collaborate in a multi-stakeholder setting.
Presenters acknowledged that building Triple Helix, or Quadruple Helix by itself is a prerequisite, but not sufficient to address all challenges. Hence, some form of vertical and horizontal interface across national and regional Triple Helix constellations are required to address large scale problems.

The vision for science parks as hubs for investment and growth was reiterated in the case of Poland, where the Mayor of Byalistok, Mr Tadeusz Truskolasky, shared his insights for Bialystok Science and Technology Park in Implementing the Smart City Concept, and Todd Williams, CEO, Hunter Regional Development Australia, presented the regional smart specialisation strategy and discussed the Governance Framework (or lack of) for Triple Helix Interactions.
The regional dimensions of Triple Helix were discussed in a number of tracks, including two sessions on innovation clusters. 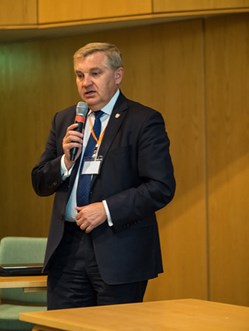 While comparing current cluster practices in different countries, including Germany, Russia, Brazil and Chile, discussions revealed that the nominal presence of Triple Helix actors is not a sufficient prerequisite for the emergence of true innovation dynamics, accompanied by synergy effects and productivity growth. Countries lacking a favourable institutional environment for a continual collaboration or failing to keep to the so called ‘golden rules’ for cluster policies (stemming from Michael Porter’s concept of competitiveness) are facing systemic problems with transforming their clusters into self-financed and self-sustainable innovation ecosystems.
The conference also included roundtables on Varieties of Technology Transfer Models; Global Science Scapes; and on Gender, Entrepreneurship and Diversity. Among the empirical evidence, Professor Helen Lawton Smith presented recent TRIGGER research from a survey and interviews on gender differences in the commercialisation of research in UK universities. The results included a series of recommendations on commercialisation benefits, career, gender, and seniority issues. 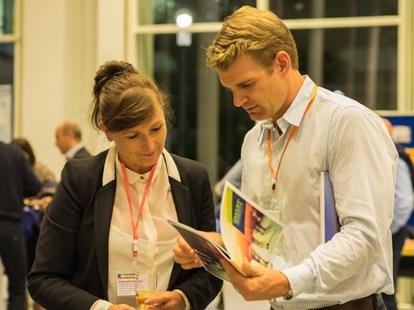 Plenaries and roundtables organised by the GEUM project on Global Entrepreneurial University Metrics, advanced the discussions and achievements of the principal direction for the partnership to collaborate with ranking systems and promote the determined set of methods and metrics. The main observations confirmed that uuniversities’ innovative and entrepreneurial dimensions are excluded from the established ranking systems. Technical universities and universities of applied sciences realize a vast amount of innovation and entrepreneurship activities. However, there is no established form to demonstrate to the public and to stakeholders the results of such activities. 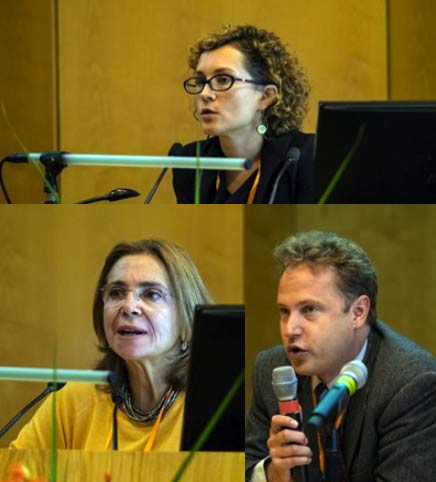 The members of the GEUM research network focused efforts on the emergent draft of a White Paper enlisting the current state-of-the-art in the field of measuring entrepreneurial university outputs and the outstanding questions and directions for future collaborative work. Countries present at the GEUM meeting were Russia, Brazil, USA, China, The Netherlands, The United Kingdom and Austria.
Other special events included two workshops on Inbound Outbound Opportunities for Academia and Creativity as a Key Complement to drive Triple Helix Innovation, an open session on Triple Helix Funding Opportunities, and the interactive Trilicious game ‘What challenges can we solve together’.

Congratulations
This year, for the first time, the Triple Helix Association sponsored two prizes (a) Best Scientific Paper and (b) Best Empirical and Practitioner Case.
The Awards Committee was constituted by Dr Emanuela Todeva, Chair of the Scientific Committee; Professor Panagiotis Ketikidis, Chief Editor of the International Journal of Innovation and Regional Development; and Dr Devrim Göktepe-Hulten, Editor of THA Hélice Magazine.
The Awards Committee gave two prices, both worth 250 EURO. The winners were: 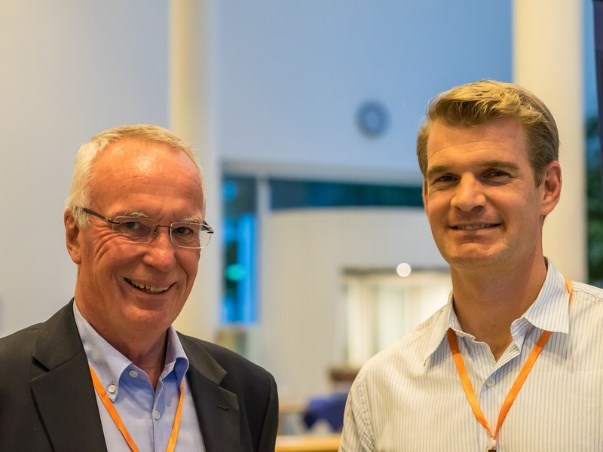 Congratulations also to Juan Bertolin (Espaitec, Science and Technology Park of Universitat Jaume I of Castellon, Spain), and Guilherme Ary Plonski (University of Sao Paolo, Brazil) for their initiative to transform the track on Science Parks and Incubators – New Frontiers into a permanent research group as an official Thematic Research Group of the Triple Helix Association. We wish them well in their endeavour to bring together the research agendas of the International Science Park Association and the Triple Helix Association. 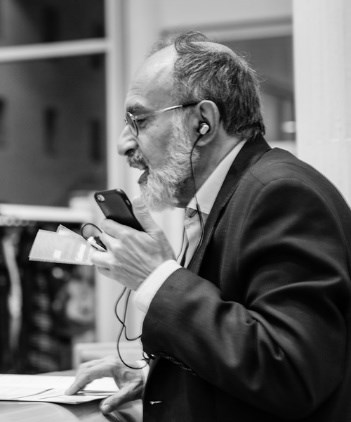 Overall, there was very little time to enjoy the historic grounds of Heidelberg Castle, and Heidelberg University Hall, or a boat trip along the river NECKAR – for those that committed to an extra day before or after the conference.

Future Meeting for your Diary

At the end of the programme we were invited by three future hosts to continue the debates on the Triple Helix model during 2017-2018.
Mr Mike MUTUNGI, Founder and CEO of I Choose Life – Africa, invited everyone to put in their diaries the dates for the next event, the First International Triple Helix Summit, to be held on 4-6 April 2017, in Nairobi, Kenya. The Summit topic is Accelerating the Attainment of Sustainable Development Goals through ICT and Data. 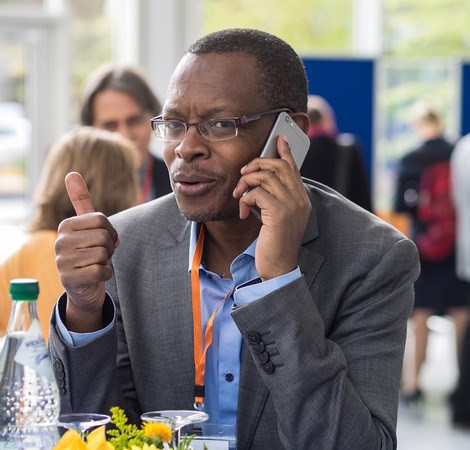 Special thanks to John Howard for his excellent photography! You can access the event photographs at:
www.flickr.com/photos/144019183@N07

Asked by the organisers to say a few words to recap what we have learned during this conference, I would not however dare to summarise what we heard since that would be a daunting task (there were indeed so many excellent contributions).
Let me instead simply refer to a number of key emerging issues that in my view will mark the pace of innovation from now on and in particular the evolution of regional innovation ecosystems:

On 26 September 2016, after the Conference, the THA General Assembly was held with fifty-eight registered members in attendance.
The Assembly welcomed new members, the Executive Committee, Chapter Directors, and Thematic Research Groups Leaders reported their activities for the past twelve months. All motions were accepted by the General Assembly, and the Executive Committee took on board a number of recommendations, such as the need to strengthen and develop further industry and government helices, with a more extended portfolio of research, training and other services to members.
The General Assembly offered an opportunity for members to get acquainted with the development and achievements of the Association as well as an occasion to discuss with put forward suggestions for improvements in for the Association to serve better the community.
The Assembly minutes are available on our website at the following link: www.triplehelixassociation.org/executive-committee.