Calestous Juma (CJ), friend and supporter of Triple Helix, passed away recently.  CJ worked tirelessly as a policy analyst, technology diplomat, and academic to bring about a biotechnology driven green revolution in Africa, pushing back against European skepticism that was spreading a negative attitude towards biotechnology by pejoratively labelling the accelerated results of genetic research as “Frankenfoods,” resulting in restrictions on their use not only in Europe but in Africa. CJ argued that critics were engendering overblown fears and that Africa could miss an opportunity to dispel the specter of hunger. 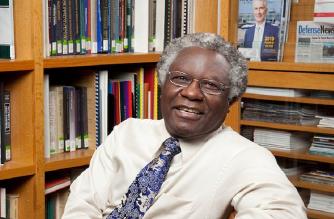 A mutual colleague introduced us on the Internet, shortly after he arrived in the US to take up a position as Professor of the Practice of International Development at Harvard’s Kennedy School and Director of its Science, Technology, and Globalization Project. Before joining Academia, CJ was in charge of implementing the Global Biodiversity Convention, including responsibility for overseeing negotiations on establishing trading conditions among nations for agricultural biotechnology. This experience gave Juma a heightened awareness of the tension between the need for innovation and the wish to maintain continuity and social order that is weighted differently in various societies.

Appreciation of this divergence led Juma to formulate a series of aphorisms:

This caricature of “carefully considered diplomatic positions” inspired the writing of Innovation and its Enemies: Why People Resist New Technologies.

How to distinguish positive from negative technological change is the underlying theme of Juma’s last work.  To answer this question, he provides case studies of a series of technologies in which this issue has been raised.  The selection of cases occupies a middle ground, of technologies whose safety and efficacy have been challenged, but after conflicts between opponents and proponents, have largely been accepted; often after guaranteed by significant government regulation.  Not included are banned innovations, deleterious without a saving grace, like thalidomide, a drug that caused birth defects, or atomic energy, a technology that is apparently on the verge of disappearance although the issue is still in doubt.  Rather Juma’s focus is on the middle ground: coffee, margarine, recording technology, mechanical refrigeration, acceptance after dispute, typically mediated by regulation.  Juma’s objective is to learn from these cases how his cause, the introduction of biotechnology to advance African agriculture, is likely to fare.

In his 2006 address to the Iowa State University colloquium on Sustainable Agriculture, Juma held that, “Government, the private sector, universities, and research institutions are important parts of a larger system of knowledge and interactions which allows diverse actors with varied strengths to come together to pursue broad common goals in agricultural innovation.”

Juma’s early work focused on issues of technology and development and he pursued this theme in broader theoretical and comparative context, inspired by Joseph Schumpeter’s theory of creative destruction.  There is an evolutionary dynamic built into this thesis, with new varieties of technologies emanating from old but also an implicit notion of “spontaneous generation” as human ingenuity comes up with new technical advances that set a new set of evolutionary dynamics in motion that may hybridize with previous evolutionary lines in a never ending succession (Clark and Juma, 2014).

His most recent work Innovation and it Enemies (2016) followed on from The New Harvest (2014) analyzing technological innovation and its potential for advancing African agriculture and, by extension, all developing countries and earlier work focusing on African development issues.  As Juma well understood, technological advance is not a simple matter of a linear model, with invention leading to use but a convoluted path in which resistance to change might delay or even halt the utilization of promising technologies as well as insure that dangerous, health and life-threatening inventions did not see the light of day.  Technological innovation is a cumulative evolutionary process, among technical and social elements, involving networks between firms and governmental institutions (Saad, 2000).  In this latest work, Juma broadens the social cast of characters in addressing the question of why, and under what conditions, technological innovation may not take place.

CJ was a technological optimist, seeing the potential for Africa to leapfrog stages of development by adopting the latest technologies.  Progress, especially material progress, the assumption that the wellbeing of people and societies is improved by technological innovation is the underlying assumption of Juma’s oeuvre.  The counter-hypothesis is tradition, and the thesis that the natural and hand-made are more worthy than the mechanical and machine made.  Sociologist Edward Shills (1981) argued for tradition, while a recent work (Langlands, 2017) finds virtue in human-accomplished boring and repetitive work:  making products, through hand labor is a spiritual and ennobling exercise.  Material progress: overcoming barriers to its wide spreading, is an underdeveloped theme of technology studies, in Juma’s view (Mensch, 1979).

CJ reminds opponents of “artificial” transgenic biotechnology that natural products can be deleterious to health, a fact familiar to any mushroom connoisseur!  In any event, most biotechnological processes simply speed up the experimental process of traditional cross-breeding.  Rather than opposing the natural and the artificial, Juma would contrast the useful with the non-useful.  An emergent finding of the case studies is the positive role, the role that government regulation can play in setting conditions that allow new technologies to prove themselves in comparison to old.  Thus, the stringent safety conditions set by the municipal government of Cambridge Massachusetts, allayed fears engendered by opponents of biotechnology and provide a framework for proponents to move forward, while assuring public health and safety.
Innovation Proponent!

CJ was the consummate Professor of Practice (PoP), a technology diplomat with a PhD from Sussex University’s Science Policy Research Unit (SPRU).  CJ took the policy remit of SPRU to heart in his academic work:  his publications are policy driven, with an objective of influencing a political outcome.  His great objective was to put the tools of biotechnology to use in improving crops for his native Africa.  Calestous was born and grew up in Kenya where he developed an early interest in technology and development, repairing radios for neighbors and observing his fathers’ efforts to encourage skeptical neighbors to adopt new crops.  The positive and negative responses to innovation, the easy acceptance of one technology and the fraught response to another may have early impinged the consciousness of a future technology analyst.  After writing numerous letters to the editor of a Nairobi newspaper on science and technology issues, he was hired as a newspaper reporter on science policy and the environment.  Juma went on to found an advocacy organization and publishing house in Nairobi, before taking off for SPRU and an international career that included authorship of a series of books and articles and a journal editorship.

CJ was easygoing and engaging, drawing academics, policy makers and students into his orbit from across the globe.  He ran a yearly workshop on Innovation for Economic Development (IFED) through the Kennedy School’s executive education program.  Targeted at science and technology policy makers and other leaders in government, industry, academia and civil society from the developing world, the annual event soon attracted academics and policy makers from Europe and the US, as well.  He eventually took the event on the road, holding sessions in Oman and Zambia for the East African Common Market.  CJ was an inveterate networker, introducing his students to colleagues to advise them on their research.  He discussed his work via skype with our Stanford STS Triple Helix Innovation and Entrepreneurship seminar this past Spring.  A conversation in his office perched on the sidelines of the Kennedy Schools atrium auditoria, was always a pleasure.