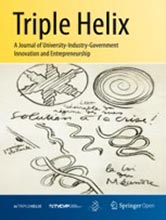 This study assessed the influence of academic articles in five Asian countries- South Korea, Japan, Taiwan, Singapore, and China- using altmetrics, an emerging method of complementing traditional ways of evaluating academic performance on the social media. In particular, the present study examined altmetric mentions of academic papers on social media using the Quadruple Helix by classifying the data into four spaces: innovation, knowledge, consensus, and government. The research questions were posed concerning the types of online social media in which academic articles were mentioned most frequently in Asia. Further, the prominent disciplines featured in the salient academic papers were investigated through an assessment using altmetrics.

We are rational beings, but with a rationality limited by the uncertainty of the environment and the characteristics of our mind.
This dual condition leads us to make decisions that are sometimes imperfect from an economic point of view. Not only in the private sector: even as citizens we are subject to many deviations from rationality. In this regard the Nobel Prize winner for economics, Richard H Thaler, and the jurist, Cass Sunstein, coined the term “nudge”: to indicate a “gentle push” that the State can provide in order to make us make effective decisions in several crucial areas of our life, such as health (making or not making vaccines), and the economy (signing a supplementary pension or not). In presenting a new version of the «nudge», updated to the recent discoveries of behavioral sciences, the book illustrates the cognitive processes that underpin the success of strategies and policies useful to our well-being and happiness. 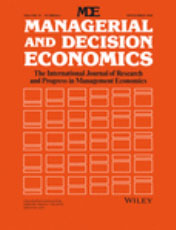 INNOVATION BY DESIGN: SPARK AND THE OVERCOMING OF STANFORD
UNIVERSITY’S TRANSLATIONAL “VALLEY OF DEATH” IN BIO-MEDICINE