The Triple Helix has been broken in Brazil: the new challenges of science, technology and innovation 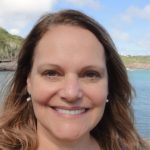 The election of a far-right President in Brazil has created a scenario of uncertainty and a huge impact on science, technology and innovation activities.  Since January, when he was vested in, the federal Government decision that economic and social growth are not influenced by technology development has been negatively affecting the institutions from university and Government spheres related with research and education.  The impact on the Triple Helix dynamic in Brazil, due to the implemented public policies and federal government administrative decisions in those areas, including budget cuts and interference in university autonomy, has been affecting participants of other Triple Helix spheres such as the university community and institutions from the private sector interested in science, technology and innovation based on the impact in the future.

The Brazilian system of higher education has been composed of public and private institutions, although the research is supported and developed by public universities and a few not for profit universities.  So, the federal Government administrative decisions have a high impact on the budget and autonomy of federal universities and institutions.  The exceptions are the three São Paulo state universities, which have total administrative and financial autonomy, as their budgets are established by law as a fixed percentage (9.57% in total) of the sales tax collected by the state.

In Brazil, the first academic revolution which inserted research as an explicit mission inside universities, started in the 1970s during the military regime.  An R&D capacity in universities was established to support its technological autonomy efforts in some strategic areas of national interest (such as aerospace, petrochemical, and oil and gas).  At this time, the interaction between university-industry occurred sparsely because the government sphere encompassed the two others, university and industry.

Several facts that occurred during the next decades changed the university environment introducing the entrepreneurial university concept.  In 1967, private nonprofit foundations were created by academic faculty being gradually diffused allowing the management of thousands of cooperation agreements and consultancy contracts every year.  New proposals emerged in the middle of the 1980s at the end of the military government and the direct elections of the state governments in 1982, like the creation of the first incubators and entrepreneurship disciplines in few undergraduate courses in São Paulo and Santa Catarina.  In 1967, the Brazilian Association of Science Parks and Business Incubators (ANPROTEC) was created allowing rapid growth and the installation of circa 500 innovation habitats spread throughout in the whole country, mostly within or connected to a university.

The discussion about the necessity to change the S&T policies introducing instruments to support innovation was initiated in the 1990s in the universities and government, with some industry participation.  The enactment of the Innovation Law in 2004, improved and expanded in 2016, defined the national legal basis for enhancing interaction between scientific and technological institutions and business, as well as inspiring institutions to become more entrepreneurial and engage in activities related to innovation.  In parallel in 2003, the federal government established a comprehensive public policy aiming to stimulate innovation in the country.  Various activities were developed inside the universities to promote entrepreneurship, innovation, patenting and the creation of spin-offs.  The government also launched several initiatives to promote innovation inside the companies.

The development of Triple Helix interactions needs a democratic environment in order to allow participation and exchange of opinions between the participants.  The economic and political crises, started in 2015, led to the election of a far-right President, diminishing room for debate.  A Triple Helix established in a immature innovation ecosystem is deeply affected for this context modification.  Recent events increase the concern about the future of the Triple Helix – will it continue to evolve or not, and the role that the government will assume in the future.

In April, the Ministry of Education (MEC) decided to cut 30% of the funds from universities that were not performing as expected while promoting “mayhem” on their campus.  The cuts affected university hospitals, research grants, and federally funded high schools.  The reaction was taken to the streets in three demonstrations of one million students and teachers in more than half of Brazil’s states to protest against this decision.  The hashtag #mymayhem (#mybalbúrdia) was on the top of social media.  Researchers and students went to squares and streets in the cities where institutions are located to talk with people showing the result of their studies, looking for social support, and explaining how the scientific activities will be impacted due to the Government decision.

The federal Government presented a program to federal universities, called Future-se, which encourages private funding by federal universities and institutes by means of a privately-held fund, whose quotas are negotiated at the stock exchanges, without a guarantee to those institutions of a minimum public amount to continue their mission.  This project is under analyze by the universities, and some have concluded the evaluation process and decided to reject it.  This decision has been put to entrepreneurial university supporters and those that are against that concept by considering it a privatization of the university.  The project will be submitted for approval by the National Congress.  The tension will continue in the next months when it will be under analyses.

For one side, the diversification of the universities budget is a positive aspect, but for the other, the economic and social context in which universities and institutes are inserted needs to be evaluated to analyze the impact of the diminishment of public investment.  One of the characteristics of the Brazilian innovation ecosystem is the low level of innovation in the private sector.  In the Global Innovation Index (GII), Brazil’s score is 33.82 which is equivalent to a 0.66 percentage rating (Cornell University et al. 2019).  In the last national innovation survey of Brazilian industry, comprising a total of 132,529 businesses employing ten or more people, it denotes that the innovation rate is 36%, evolving mainly the replacement of machinery and equipment (IBGE/PINTEC 2016).  So, in this context it will be difficult for universities to find partnerships with the private sector to increase and diversify the budget to cope with the expenses to maintain their activities.  There is evidence that the recession and economic crises has diminished the contracts with the private sector in the last years.

In August the National Council for Scientific and Technological Development (CNPq), one of the most important government funding agencies, announced that it will not be offering new scholarships, and that in September all the 80,000 scholarships to undergraduate, master, and phd students in Brazil and abroad will be cancelled unless it receives additional cash from the government.  An online petition launched by The Brazilian Society for the Advancement of Science and more than 97 other research and academic institutions in the country, as of 26 August, has more than 890,000 signatures than one million signatures demanding that the government help CNPq meet its funding commitments.

The President also dismissed the Director of the National Institute for Space Research (INPE), Brazil’s space and climate-monitoring agency, perhaps as a reaction to reports that indicated the Amazon rainforest had experienced deforestation over about 800 square miles (2,072 square km) by June 2019.  In a meeting with foreign journalists the President labelled INPE’s deforestation data “a lie” and accused INPE of trying to undermine the Brazilian government.  Ricardo Galvão, then INPE’s director, a titular Professor from São Paulo State University who holds a PhD from the Massachusetts Institute of Technology, defended the scientific work of the Agency.

Mr Bolsonaro’s reaction to the recent images of Amazon Forest on fire that have spread across the internet, shows how h agree with his point of view about economic development.

The development of Triple Helix interactions needs a democratic environment in order to allow participation and exchange of opinions between the participants.  A Triple Helix established in a immature innovation ecosystem is deeply affected for this context modification.  Recent events increase the concern about the future of the Triple Helix will continues to evolve or not, and the role that the government will assume in the future.