I was given the honour to write a few lines about the 2019 Triple Helix Conference that was held between the 9th and the 11th September in Cape Town, and I am gladly starting my assignment a few hours after the historic victory of South Africa in the World Cup.

The occasion of the Conference was indeed also an opportunity to discover a very special country and Cape Town, possibly its most beautiful city.

I will start from the location, the amazing Cape Town stadium and the annexed facilities.  Built in 2010 for the world football championship, it brought us back to the memories of the first World Rugby tournament won by the Springboks, how the South African team is known, and the movie Invictus that so well recount that event, with an unforgettable Morgan Freeman in the role of President Nelson Mandela.

The conference held place in Africa for the first time, nonetheless, gathered individuals from around the world.  There were dozens of sessions or special panels, many posters registered for display, a master class on data management, and technical tours to discover the local business ecosystems.  Multiple sponsors were involved, and the South African Innovation Summit that was held in the same premises just after the conference was the host.  The conference was truly diverse, with a broad gender and ethnic balance, as could be expected being in the Rainbow Nation.  Moreover, many young enthusiast volunteers helped with the logistics and communication and talking with them was a great window on this beautiful young nation.

Let’s talk about the contents: as usual the conference started with the keynote speakers.  I will mention here Dr Phil Mjwara from the National Government who presented the new policy plan for Science, technology and Innovation, and Dr Audrey Verhaeghe, Chairperson of the SA Innovation Summit, who made us understand the efforts that were necessary to bring the country to host an annual event on innovation.

Professor Henry Etzkowitz gave an opening speech on the history of the Triple Helix and what are its future perspectives.  Professor Jonathan Foster-Pedley, who followed, presented and analysed very poignant statistics on economic structure and social inequalities.

Many interesting speeches were delivered over the tracks of the conference. There were grassroot experiences and, in general, more attention to society and citizens as the beneficiary and drivers of innovation.  There is an ongoing debate between supporters of the Triple Helix, that argue that society is the context in which the helices converge and collaborate, and those that think that a fourth helix should be introduced or made explicit.  Surely, the many presentations discussing the role of users and the need for design thinking approaches show an attention to stakeholders outside the Triple Helix rarely seen before.  In industries like health, patients are more and more central in the process and new system models should be developed, due also to the huge quantity of data created by new applications and business that can derive.

However, in South Africa a significant part of the population struggles with basic needs.  A presentation that gathered much interest was delivered by an entrepreneur building rat traps.  Not only the entrepreneur showed how much time and how many iterations it took for him and his team to develop an effective trap, but he explained very well the improvement in quality of life that derives from keeping rats away, not only in terms of hygiene and health, but also in the variety of crops that can be cultivated.  A competent remark form the field was that a better waste management would reduce the problem of rats, but the entrepreneur responded that in many townships there is not enough space for proper waste collection.  This was a clear example of citizen problems that can be addressed by the combination of research, business entrepreneurship, and government action, in other wired, by Triple Helix.

As already said, there were many memorable presentations, but one that is particularly worthy for social value was delivered by Professor Sebastian Van As, a pediatric surgeon who heads the Red Cross Children’s Hospital Trauma Unit of the University of Cape Town, and chairs the ChildSafe NGO.

He explained that after years of treating children wound by firearms, he decided to go to the South African Parliament to show the effects of these injuries, and to promote an anti-gun law.  The impact has been evident with a strong reduction of children and adults killed and injured.  Again, an example of collaboration between sphere to improve society and citizen life.
Another key moment was the Keynote of the Ambassador of Republic of Korea, Dr Jong-Dae Park, who recalled his happy youth in Africa and shared valuable insights on the success of South Korea to help South Africans recover the lost time.

The Award Ceremony and Gala Dinner was a touching moment of harmony, good food, nice live music and interesting conversations in the traditionally friendly atmosphere of Triple Helix Conferences.  This was the occasion to thank publicly the wonderful organizers, welcome new members from Peru, and announce the next conference, that will be held in Tampere, Finland, in June 2020. 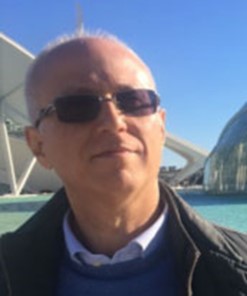