Should universities stick to their traditional role of teaching and scientific discoveries or should they actively participate in the development process?  DELGADO, Mariana (2008) raises this question and then answers as “A socially committed university should put knowledge and research to the disposition of development, coexistence, peacebuilding and reconciliation, and its ethos should impulse it to become an active actor in such processes”.
Professor Henry Etzkowitz coined the term of Entrepreneurial University for such institutions.  These universities added the third mission of research application and knowledge exploitation for economic and social impact.  There are numerous examples and success stories of university impact on the town, region, country and at the global scale too (Etzkowitz, H,1998).
Oregon State University developed a regional economy of Ashland by initiating Oregon State Festivals (Etzkowitz, H, 2013).  I have summarized this article and titled it as “Can a university develop the economy of the town?  Yes, if it is entrepreneurial” published on LinkedIn.

I live in South Asia (Lahore, Pakistan) and daily consume news like bomb blasts, Kashmir conflict, water war, foreign invasion, suicidal attacks, protests by separatists, surgical strikes, and frequent killings.  It is hard for a human to stay normal and healthy under the bombardment of such news.  Pakistan and India recently changed the flavor of news from hate to love by opening Kartarpur for the Sikh community.  There is a need to have a permanent journey towards conflict resolution and peace in South Asia for regional prosperity, poverty alleviation and the well-being of people. 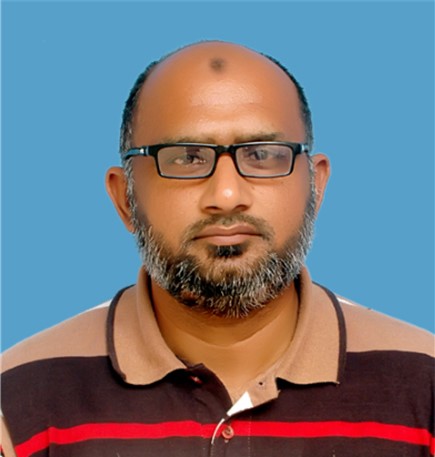 Can the universities of South Asia drive the peace process and facilitate conflict resolution?  Yes, if they are entrepreneurial.

The University for Peace – The Case of Columbia

Columbia has been known for armed conflict and crisis for long time.  Life was impossible to live due to rising conflicts by various armed sects and forces.  The Universidad de Bogotá Jorge Tadeo Lozano (UJTL University) was not assigned nor instructed to play any role in the war-like situation.  However, an entrepreneurial zeal emerged in UJTL and a volunteer act to facilitate peace making was started by the university leadership.  This is called the third mission of the university after teaching and research in the entrepreneurial university framework.  UJTL assigned the International Relation Faculty to develop liaison with the Studies Institute for Development and Peace – INDEPAZ, to plan some activities and interventions to reduce conflict among fighting groups.  They started various academic activities like seminars, lectures, awareness sessions, negotiation meetings of the conflicting groups and exchange of ideas and alternative thoughts.  The UJTL being an independent and neutral platform brought fresh ideas to the conflicts and proposed alternatives to the deep rooted disputes.
UJTL was able to reduce conflicts by a significant level and initiated a peace making process in Columbia (DELGADO, Mariana, 2008).  Academia in South Asia can play the similar role to reduce intensity of long-standing conflicts.

The Centre for Peace in South Asia in the Entrepreneurial University

The University of South Asia may take a lead and set up a “Centre for Peace in South Asia”.  This entrepreneurial role of the university will lead the engagement of peer academia for conflict resolutions.  The academic debate will bring fresh ideas for peace, innovative thinking for conflict resolution and a scholarly flavor for the heated debate.  This academic process will continue making new proposals and evaluating existing measures until disputes get settled and resolved.  The university is known as an independent place for intellectual debate beyond the patrician lines and hard-knitted policies.  The professors and research students also possess the ability to bring out of the box ideas on the table.

The joint studies by authors of conflicting countries to be launched by this Centre for Peace in South Asia.  These studies will be jointly published and present the depth and breadth of conflicts.  The studies may present opposing ideas by different authors in a single book so readers of the conflicting countries understand each other perspectives.  The authors will present solutions according to their independent thinking and analysis of the situation, and will help the policymakers to have more in-depth analysis of the situations and variety of solutions presented by academic scholars.
There is a need for research grants and funding on regional peace and conflicts for dedicated and independent studies.

The conflicts mostly reside in the narrowed perspectives of conflicting parties.  The parties stick to their historical and deep-rooted interests without putting in much effort to explore alternatives.  The academics having strength in research and analysis can bring new alternatives on the table for negotiation.  These new alternatives can be further studied and consulted with stakeholders, and the analysis of alternatives can help policymakers to have more options for discussion.
Academics can propose many low hanging fruits of peace to be considered and prioritized.  The hard areas are always difficult to negotiate and resolve.

There are disputes in South Asia inherited by the second generation and likely to be passed to the third generation too.  This can be limited by involving the younger generation in healthy debates about conflicts and peace.  An academic forum is the best for such engagement.  The universities may plan the exchange of postgraduate students to interact with counterparts of other countries and jointly discuss conflicting issues.  They will find a scholarly forum of dialogue to understand each other’s perspective and bring innovative thinking and fresh ideas on the table.  These future leaders may then develop the ability to resolve conflicts and make peace when taking charge of national affairs.

The Centre for Peace in South Asia may launch an annual conference on peace and conflicts in South Asia.  Academics from all over the world need to be invited to present their thoughts and research on how to resolve conflict and make progress for peace.  This conference will be an independent forum of connectivity, exchange of ideas, understanding of opposite views and promoting mutual understanding, and an opportunity for multiple stakeholders from thinkers to policymakers and executives to have an informal interaction and learn from each other.

The scholarly networks of academic professors and experts connect the professionals of the same subject with each other.  The Centre for Peace in South Asia needs to develop networks and forums of experts in peace studies and conflict resolutions.  The regular interaction through these forums and networks will help better understanding of conflicts and bring forward a variety of options to resolve them.  The regional networks inspire positivity and promote good news in the media, society, and public domain that help to resolve conflicts.

The Centre for Peace in South Asia can be a history-making endeavor to be taken by the entrepreneurial university of the region.  This will become an academic window open for discussion even in times of serious crisis and conflict.  This window for peace will be scholar-to-scholar contact that can grow as an instrument of conflict resolution in South Asia.
Peaceful South Asia can make the twentieth century as “The Century of Asia”.

DELGADO, Mariana.  (2008)  “The role of universities in peacebuilding processes in contexts of armed conflict: the experience of the Universidad de Bogotá Jorge Tadeo Lozano in Colombia”.  Proceedings of the 4th International Barcelona Conference on Higher Education, Vol 5.  The role of higher education in peace building and reconciliation processes. Barcelona: GUNI.  Available at www.guni-rmies.net.

Etzkowitz, H.  (2013)  Can a teaching university be an entrepreneurial university?  Civic entrepreneurship and the formation of a cultural cluster in Ashland, Oregon.