The XVIII International Triple Helix Conference hosted by Tampere University during 15-16 June 2020 was a historical moment of Triple Helix Association – one of the major communities of innovation studies. It was the first time that the Triple Helix annual conference was organised online. With about one month of moving the originally planned in-person conference to a virtual format, it was a great success in terms of both quantitative and qualitative measurements.

Around two hundred delegates from forty countries attended the conference, including five keynote speakers and another twenty experts engaged in various plenary sessions. There were eighty paper presentations in eight tracks, plus three workshops, in parallel sessions. The speakers and participants from the sectors of academia, industry, government and NGOs, all contributing to discussions addressing the theme of the conference: “Future of innovation and innovation for future”.

The conference triumph also lies in its high-quality speeches given by leading figures in innovation research and practice, as well as outstanding intellectual outcomes contributing to a multidisciplinary community for exploring optimal approaches of innovation to the future. The keynote speakers include Henry Etzkowtiz (the President of the Triple Helix Association), Esko Aho (former Prime Minister of Finland), Martti Hetemäki (Permanent Secretary, Ministry of Finance of Finland), Martin Kenney (Professor of Community and Regional Development at the University of California), and Joanna Chataway (Professor of Science and Technology at University College London).

Other highlights of the conference include:

The originators of both the Triple Helix model and Quadruple/Quintuple Helix model had the first-ever open dialogue in an academic conference.
The Triple Helix Dialogue between influencing representatives from university, industry and government was initiated in the conference.
A timely panel discussion on the Triple Helix response to Covid-19, involving experts from Europe, America and Asia, was well received by the conference audience.
The innovation challenges and opportunities in the context of Tampere, debated in a plenary panel, served a good example of developing innovative future society by using the Triple Helix model.
Positive and encouraging feedback was received from the participants on the quality of presentations and workshops in parallel sessions as well as convened interactions enabled by the virtual event platform.
Intensive social networking activities taking place on the conference technical platform with 1317 private chat messages, and 107 private meetings among conference participants.

The success of the virtual Triple Helix Conference is, first of all, accredited to the courage and wisdom of the Executive Committee of Triple Helix Association in deciding to move the conference online. The conference was strongly supported by the local host – Tampere University. Indeed the conference strongly fit the priorities of the university, which can also be reflected in the events: The President of Tampere University Mari Walls gave the opening speech and the Vice President Juha Teperi chaired the keynote speech of Esko Aho. 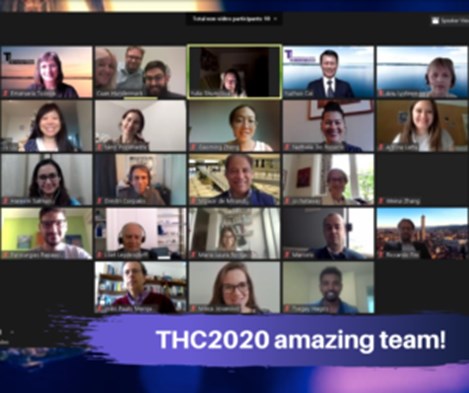 Special thanks go to:

and last but not least we thank you very much all the delegates who contributed to make the virtual event a great success!

Some quotes from the Conference delegates:

“The conference organisers deserve great respect for their courage to hold an online conference and their dedication to the conference. The keynotes speeches and panel discussion were very inspiring and informative. The interaction in parallel sessions was effective. You actually listen better and see better than in an on-site conference room. The workshop scenario planning does not meet my expectation thanks to the limited tools for online interaction. The topic of the scenario planning is important but relatively conventional.”

“THC2020 did unexpectedly well despite the crisis. A great meeting of minds!”

“An excellent platform for exchange of knowledge and ideas!” 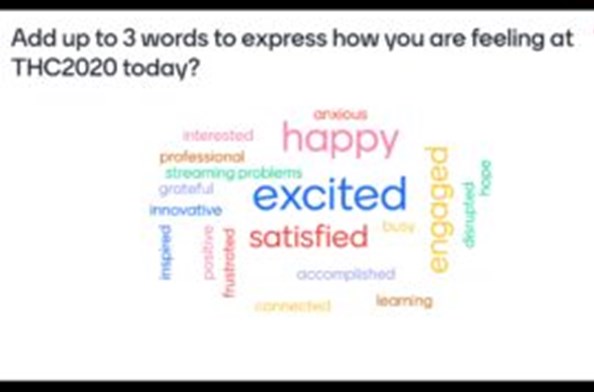