The latest  Innovation Award was hosted by SATHA on December 20-21, 2017 in University of Karachi.

SATHA gave around 30 Innovation awards on the basis of substantial development and commercially viable technologies.

All the Universities of Sindh Province of Pakistan, Industrial sector and civil service officers participated in SATHA innovation Awards.

The winners were from industry, academia and social sector. 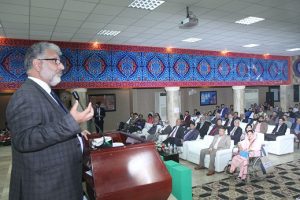 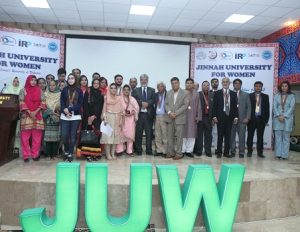 Next, SATHA Innovation Awards are going to be held in Lahore in the first week of March 2018.

Activities regarding the preparation of upcoming event include the scouting and collection from academia, industry, and Government of commercially viable indigenous developments, having a social and Economic impact on society. Such developments are presented in the form of valuable/successful case studies to be shared during the SATHA Innovation Award Ceremony.

The ceremony will be jointly organized by SATHA and ORIC, University of the Punjab.

This regular activity is going to be conducted four times a year in four provinces of Pakistan. This initiative is highlighting the issues regarding S&T promotion and weakness in Pakistan.

SATHA is playing a crucial role in making a way for scientists, industry and Govt. sector to work together in this regard.