Mr. Besart Hajrizi, a research associate of the South East European Research Center (SEERC) – PhD candidate of the University of Sheffield and member of the Triple Helix Association (THA) Chapter of Greece, on 7th of May 2016 organized an event with students from Kosovo at the University of Mitrovica “Isa Boletini” to familiarize them with the Triple Helix model. After the presentation, the Trilicious Innovation Game was employed in order to solve three different kinds of problems, National, Regional and Local. The major problem was Business Performance from three different perspectives: (EU) Visa liberalization, bureaucratic administration, and interethnic disputes. All teams had shown greatly wonderful ideas on problem solving by respecting the rules of the game. However, at the end of the game there was only one winning team. Finally, University – Industry – Government interactions have been regarded as an important tool on solving many outstanding problems that preoccupy Kosovo. Following this effort undertaken under the framework of the THA Chapter of Greece, the application of the Trilicious Innovation Game proves to be a significant approach towards educating and engaging people into the field of triple helix. 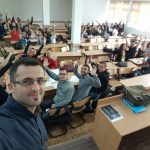 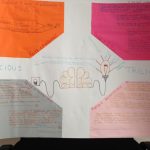