The Triple Helix International Conferences have established a well-earned track record of offering a keynote platform for the exchange of ideas and experiences on the interaction between government, industry and academia for sustained economic growth.

The Conferences attract leading academic thinkers, key policy makers, and decision makers, from across the globe; individuals who chart the progress of the field and lay the foundation for future directions of the subject.

Through this note the Future Meetings Committee of the Triple Helix Association now invites expressions of interest and proposals for holding future Triple Helix Conferences from 2015 onwards.

For further information on the format and contents of proposals please contact:

Note that proposals should be submitted no later than: 30 November 2013. 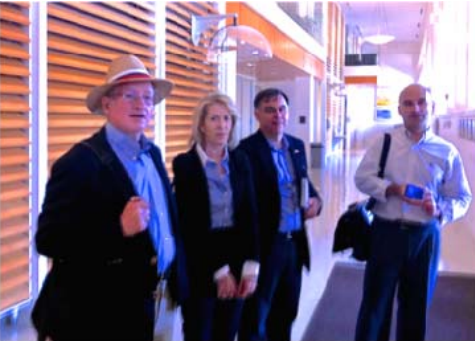 In June 2013, members of the Centre for Industrial Technological Development (CDTI), Spain´s business agency to promote technology and innovation, traveled to Silicon Valley seeking opportunity for innovation and entrepreneurship. The agency is launching and managing a private-public venture capital initiative, and plans to draw from the Silicon Valley experience in optimizing its operation. In the process, CDTI is also trying to explore coordinated mechanisms to cross-VC and joint investments.

CDTI´s Director General, Elisa Robles, represented a leading team of multinational Spanish companies with a potential interest to invest in high-growth new entrepreneurship. She was accompanied by Javier Ponce Martinez, Director of Economics and Financial Affairs, and Juan Antonio Serrano, Head of the CDTI-USA office, located in Washington DC.

While in San Francisco, Ms Robles and her colleagues met with senior representatives of Stanford University to discuss issues related to the development of the Spanish National Strategy for Innovation and Entrepreneurship, and to discuss tentative avenues of collaboration. Their host was H-STAR Senior Researcher and THA President, Henry Etzkowitz. To get a sense of the overall entrepreneurial and venture capital programs of Stanford University, the group toured Media X, STVP (Stanford Technology Ventures Program), and StartX, Stanford’s own entrepreneurial incubator. 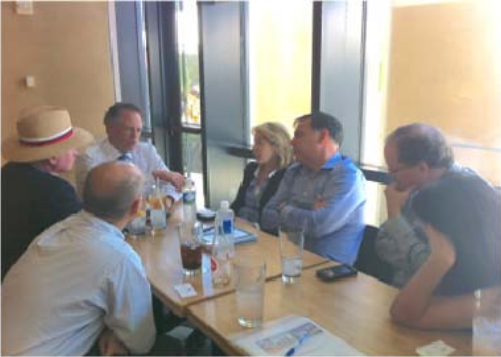 The tour of Stanford concluded with a lunch at Cantor Arts Center’s “Cool Cafe”. Bob Klein, Founder of California Institute of Regenerative Medicine, and Stanford alumnus, spoke on his work with the California Stem Cell Agency. The group also met with Margarita Quihuis and Mark Nelson of Stanford’s Peace Innovation Lab.

CDTI´s goals are to provide incentives to business R&D with a primary focus on private-public-partnerships, entrepreneurship, and large collaborative R&D projects.

More information about the agency can be found at www.cdti.es. 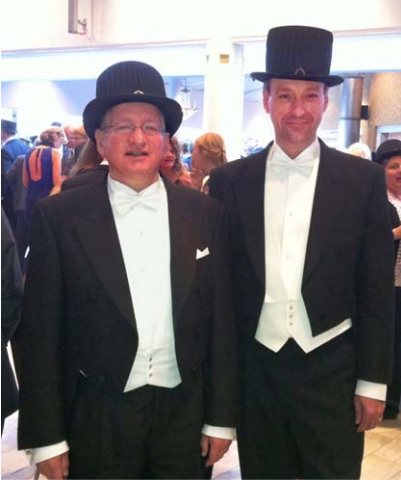 On 17 May 2013, at a ceremony in the Grand Concert Hall of Linköping City, the University made six new honorary doctors in its faculties of Engineering, Medicine, and Arts and Sciences.

The  ‘promotor’  of  the  Engineering  faculty,  professor  Svante  Gunnarsson  gave Henry the golden ring as a symbol of fidelity, the university doctor’s top hat as a symbol of academic freedom, and a diploma.  Henry was nominated by Professor Magnus Klofsten for his service to Linköping University, his contribution to the university Helix Centre of Excellence, and his development of the entrepreneurial university and Triple Helix models.  The nomination statement cited his work in innovation  and  entrepreneurship,  areas  of  great  strategic  importance  for  the development of Linköping University.

Etzkowitz  has  been  an  inspiring  source  to  the  creation  of  the  CIE  (Centre  for Innovation  and  Entrepreneurship),  and  the  development  of  programs  and activities for knowledge‐intensive firms in the region.  There has been an on‐going exchange  with  Mjärdevi  Science  Park,  the  municipality,  Park’s  leadership  and firms, as well as the university. The day before the ceremony, Henry gave a speech to the faculty entitled “The entrepreneurial university wave: Globalization of the second academic revolution”.  The University looks forward to continued collaboration with Professor Etzkowitz and the Triple Helix Association in furthering the development of the Triple Helix model,  which  it  views  as  a  foundational  idea  of  its  theory  and  practice  as  an academic institution.

The honorary degree shows the university’s´ appreciation for his long time commitment to Linköping University and the wish to enhance future involvement with the university.